How many homeless residents are really living in Spokane County?

A new study says there are 3,293 homeless students in Spokane County. But the point-in-time count says 1,309 homeless residents altogether. How can that be? 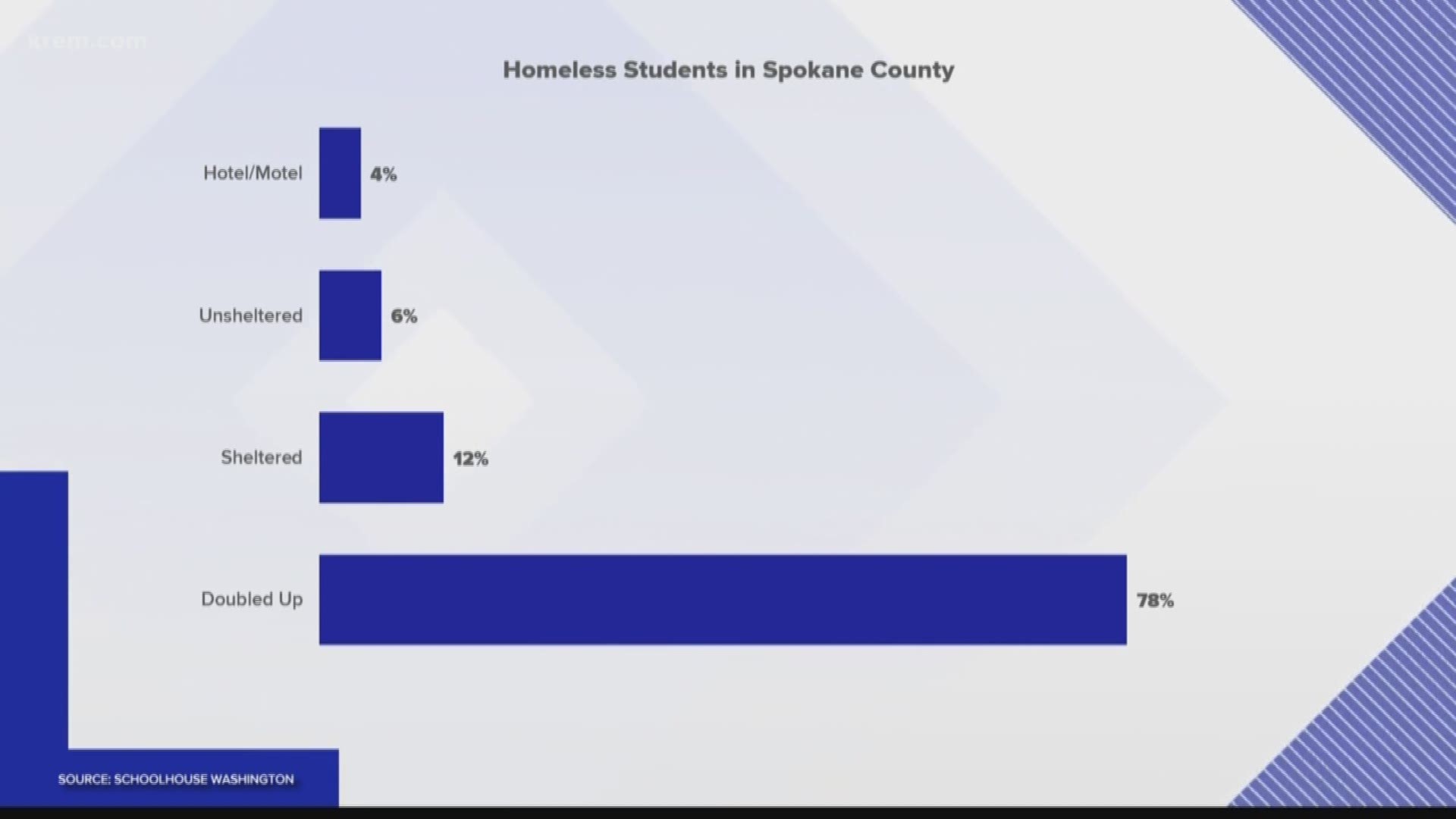 SPOKANE COUNTY, Wash. — Spokane County has 3,293 homeless students across its districts, according to a Schoolhouse Washington study released this week.

But last year's point-in-time count of all homeless people in Spokane County found only 1,309 individuals altogether.

How can Spokane County have nearly twice as many homeless students as homeless people? It all boils down to how you define homelessness.

The student study includes four categories of homelessness: unsheltered, meaning sleeping in a car or on the street; sleeping in shelters; sleeping in a hotel or motel; or needing to stay with a friend or relative because they are without a permanent home.

The student study includes all four categories because it uses the federal Department of Education definition of homelessness.

But the point-in-time count uses the Department of Housing and Urban Development definition. That one only includes two categories: sheltered and unsheltered.

That's a big deal because, in the student study, 78% of the children counted are in the doubled-up category. The addition of that category alone could help explain why the student study number appears so much higher than the overall point-in-time number.

But there are other issues, too. The methodologies are very different.

The student study data is based on school districts keeping track of their kids and reporting numbers back to the state.

For the point-in-time count, crews go out into the city to try to find all the homeless people.

For many logistical reasons, numbers are not always reliable. With the point-in- time count, that's especially true the farther away from downtown you get.

If we wanted to use the broader definition of homeless, how many does homeless residents does Spokane County have? That we really don't know. There's no official count with all four categories.

But the Spokane Homeless Coalition conducted an unscientific analysis to try to estimate.

They took the student data, then extrapolated to roughly count those students' parents as well. Then, they added that to homelessness numbers obtained directly from local shelters.

The number they came up with last year was 11,319, roughly 10 times the number in the point-in-time count, which was 1,245 for that year. Again, the bigger number is a rudimentary estimate, not an academic study.

Ultimately, the true number of homeless people in Spokane is, simply put, very difficult to pin down but it could be a lot more than we think.

RELATED: Only one 24-hour warming shelter set to open this winter in Spokane