“Their complaints had merit,” Trustee Joyce Foreman said. “I think we should be more serious about what our employees are bringing forward in terms of any allegation of fraud and waste.” 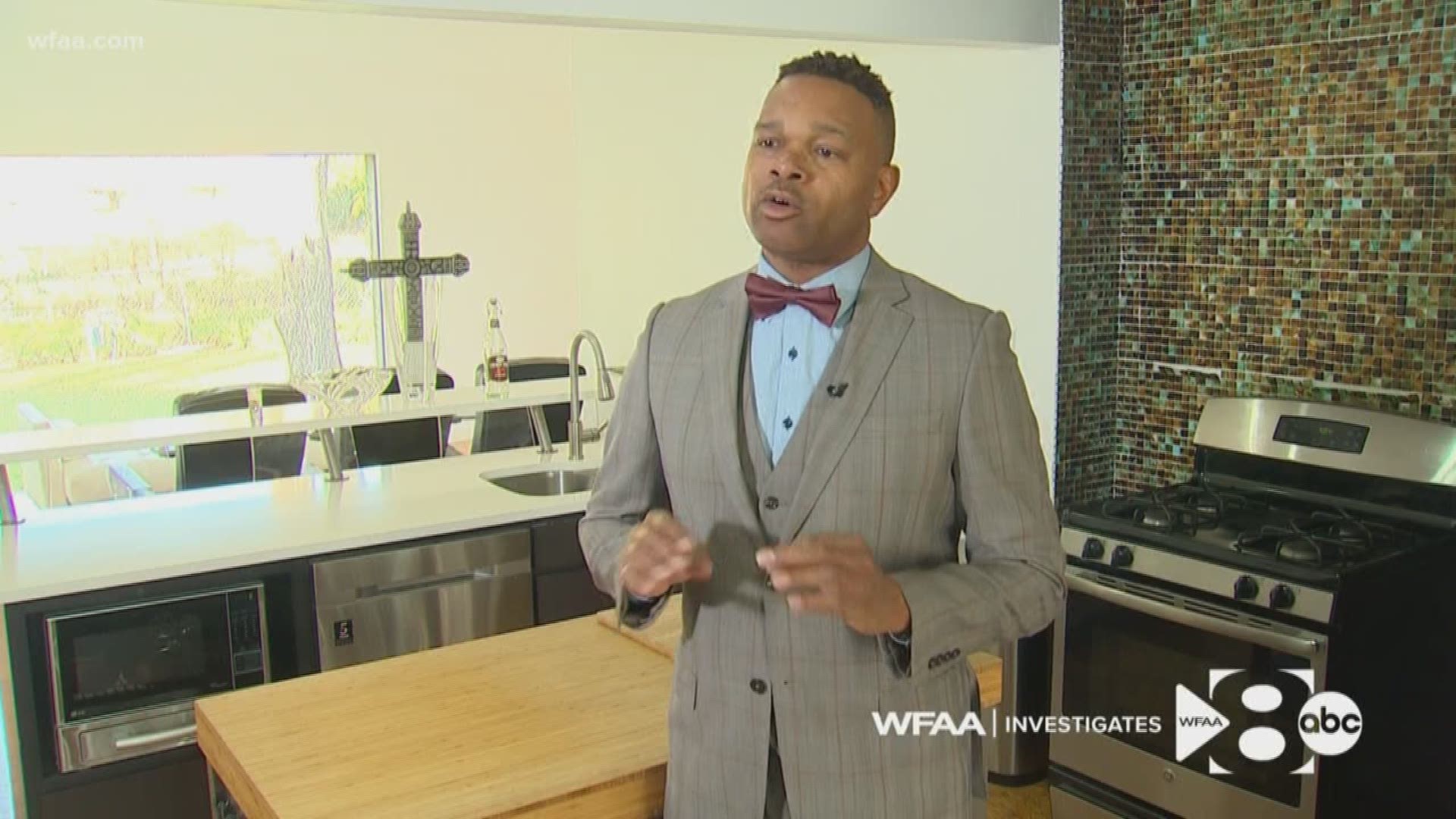 In that investigation, two former employees claimed they were ignored after asking questions about irregularities within the district’s purchasing department.

Those questions centered around possible criminal violations along with the misuse of taxpayer dollars.+

“THEIR COMPLAINTS HAD MERIT.”

In November, WFAA focused on two former district employees. The first was Zach Manning, who was fired in 2016.

Manning, who oversaw DISD construction and maintenance projects, claimed in a wrongful termination lawsuit filed in 2017 that he was fired after he notified his supervisors about an unusual pattern of contract awards that often fell just below $500,000.

Required by law and through the DISD's charter, projects over $500,000 must be put out for public bid.

Manning said that he believed millions of dollars of roof repair contracts were intentionally structured to evade the need for competitive bids and school board approval.

By avoiding public bids, Manning told WFAA that he feared taxpayers were not getting “the best bang for their buck” – possibly costing DISD hundreds of thousands of dollars, if not millions.

“It was just an extreme misuse of taxpayer money,” Manning said at the time.

Manning alleged in his suit that DISD officials would award “in-house job order contractors and vendors multiple projects that were the same project by separating the projects into two or more projects, so they would be under the $500,000 cap.”

Splitting bids or phasing in a large project disguised as smaller different projects — known as “sequential purchasing” — to avoid the competitive bid process is against state law and can carry criminal sanctions.

When Manning said he reported his concerns to DISD supervisors, including Superintendent Michael Hinojosa, and the Texas Education Agency (TEA), he claims he faced retaliation.

Internal documents provided to WFAA by Manning showed that he was reprimanded following his report and was later fired.

After Manning notified the TEA, they cleared his supervisor, Sylvia Pena, saying she and other DISD officials “did not intentionally keep (projects) under 500 thousand to avoid procuring through competitive sealed proposals.”

Pena now works at San Antonio ISD, and declined comment by phone in November, telling WFAA that DISD would need to answer any of the allegations.

However, an investigator in DISD’s audit department did take a hard look at Manning’s concerns.

That person, Andrea Whelan, was a former investigator for the Dallas IRS office and conducted numerous tax crime investigations that resulted in hundreds of convictions over her 25-year tenure.

In a 30-page draft report, Whelan said she substantiated many of the concerns raised by Manning — and heard similar concerns about procurement irregularities from other DISD employees.

She also found in her report that projects appeared to be “deliberately structured procurements to prevent any purchase order from exceeding $500,000.”

Whelan told WFAA that she recommended her findings of possible criminal violations be turned over to law enforcement, but said nothing came of it.

Not only were Whelan’s concerns not referred to authorities, but her DISD supervisors also rejected her draft audit.

Her draft report was never even made public until she was interviewed by WFAA.

“In my view, I just feel like there’s rampant corruption that I feel is ignored,” Whelan told WFAA in November.

DISD Superintendent Michael Hinojosa responded to WFAA saying none of Whelan’s findings ever made it to him and maintained that the district isn’t wasting tax dollars.

But, following WFAA’s report, an outside investigation was launched to review Whelan and Manning’s concerns.

According to several board members, outside counsel combed through Whelan’s report and even interviewed her.

Those board members told WFAA that outside counsel provided an update to them behind closed doors substantiating WFAA’s report along with Whelan’s findings.

“Their complaints had merit,” Foreman said. “I think we should be more serious about what our employees are bringing forward in terms of any allegation of fraud and waste.”

“If they didn’t have merit, then we wouldn’t be trying to set up a committee to look at what’s going on,” Foreman said.

A press release from the district dated January 17 said that a new procurement oversight committee will “enhance the district’s efforts to provide fair contracting opportunities to the broadest number of vendors, including minority and women-owned businesses.”

It’s titled The Procurement Compliance Committee and will be chaired by Kip Mendrygal. Five senior DISD executives will also be on the committee.

The release continues saying that “the committee will be supported by Dallas ISD professionals who will proactively monitor all stakeholders’ compliance with relevant procurement regulations.”

A WIN FOR WHELAN, BUT WHAT ABOUT MANNING?

WFAA has learned that Whelan is working out a deal to be rehired after assisting the district with their outside investigation.

That's an unprecedented move, considering DISD rejected her findings and recommended her for additional training.

Manning, on the other hand, hasn’t heard anything from district officials or Superintendent Hinojosa.

“No one has reached out to me at all, and I feel that just an apology would be acceptable,” Manning said.

And now that Whelan’s report is out in the open, Manning is furious.

Last summer, Manning was in civil court as part of proceedings for his lawsuit that was ultimately dismissed in May of 2018.

However, in July, before WFAA’s investigation aired, he argued that Whelan’s report (which he hadn’t seen but was made aware of after his lawsuit was dismissed) may change the outcome of his case and prove at the very least that he wasn’t wrong when he reported what he found to the TEA.

But Whelan’s report was never handed over to Manning by DISD.

Additionally, it wasn’t produced to him during discovery after Manning originally filed his suit in 2017 either. He never held it until WFAA interviewed him in November.

So why wasn’t Whelan’s report handed over to Manning?

Some reasons why are laid out in court responses from DISD’s attorneys.

They argued to a judge that when it came to Manning’s wrongful termination case that, “Whelan’s purported beliefs are irrelevant.”

They also argued successfully that Manning wasn’t fired for complaining to the TEA, but for other reasons related to his job performance.

Manning eventually lacked counsel and money and as a result, he said he was unable to answer or file a timely response to what DISD's attorneys argued.

“Those are the games that DISD plays,” he said.

But could Whelan’s report have played a role in helping Manning win his case?

Foreman wants to know that answer.

“We need to make sure that our employees got fair treatment,” Foreman said.

“Did we do the right thing? And did we respond appropriately given the information that we have?” Pinkerton told WFAA.

Manning said he may lawyer up again now that he has Whelan’s report.

“It’s been two years since my termination, and I think that Dallas ISD should at least compensate me with backpay,” Manning said.

“Andrea’s report would have gotten my job reinstated,” he claimed.

When WFAA reached out to the district to ask about Manning’s case, they forwarded us to their attorneys for comment.

Those attorneys did not provide WFAA with an official comment.