"When you release the truth, a freedom comes," said Carolyn Hudson, advocate for sexual assault and domestic violence victims who is now hosting a radio show. 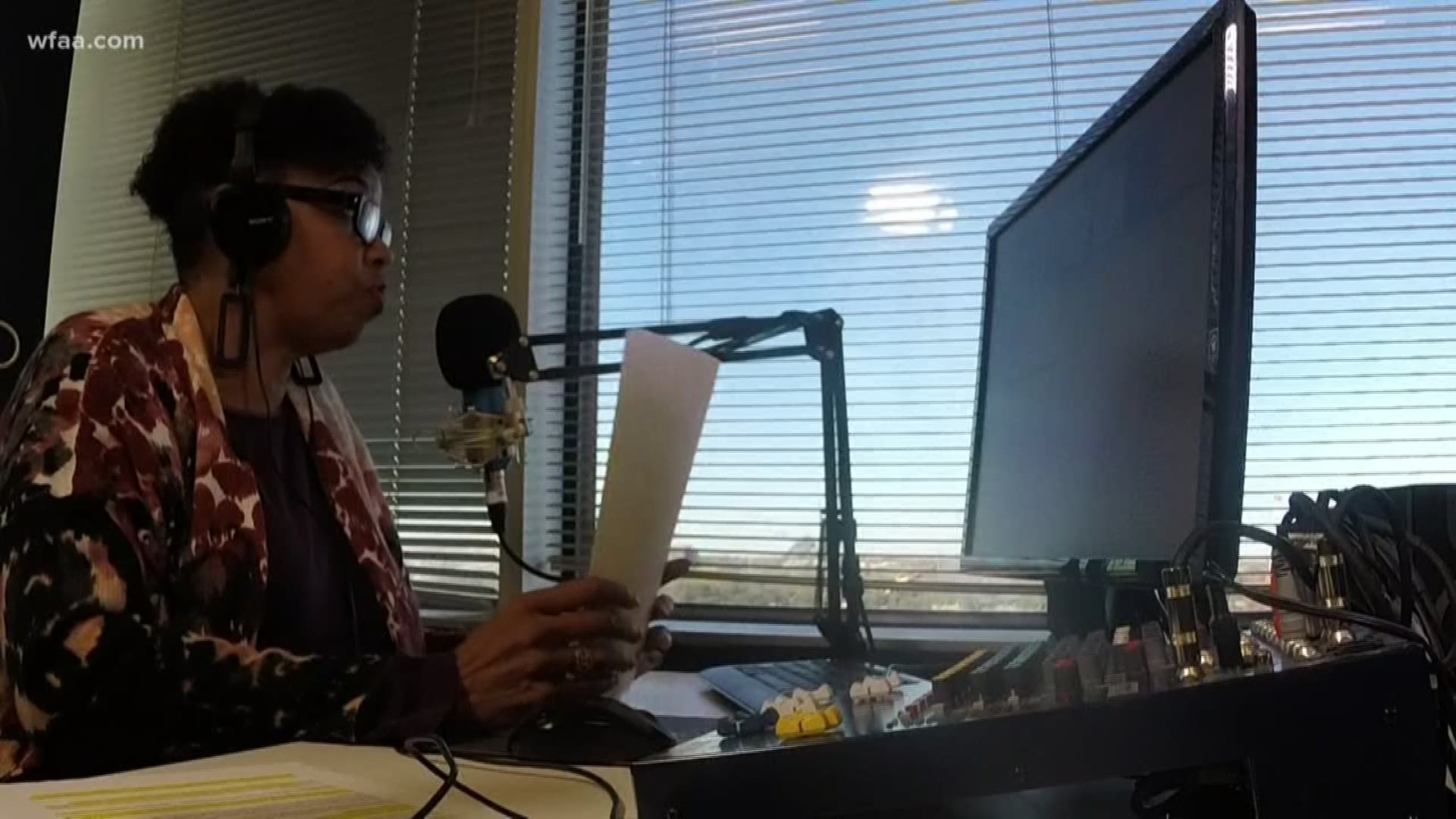 ARLINGTON, Texas — Carolyn Hudson is not afraid to ask tough questions or bring up uncomfortable truths on her hew internet radio show.

Her voice is upbeat despite the difficult topic she tackles, but she hasn’t always sounded this strong. “There are so many silent screamers out there,” she said. “I was a silent screamer for so many years.”

For more than three decades, Hudson hid the fact that she’d been raped and abused as a young woman.

At 58 years old, when she was raped by a man she met in church, she not only testified against him and sent him to prison where he remains, she also became an advocate.

The hour show is a platform for survivors of sexual assault and domestic violence to find help, hope, and maybe the courage to use their voice, too. “When you choose to be silent, you are suppressing something that is very painful. And you may need to push it down, because some don’t have the luxury to scream because of the situation,” she said. “We push it down, so that we can handle life.”

Survivors of sexual abuse or domestic violence sometimes harbor their secret for years or decades, maybe even a lifetime.

When Hudson found her voice, she wanted to make sure it - and others like hers - carry. “What words of wisdom have you gained from your experiences?” she asked guest Rochelle Crockett, a survivor of abuse and domestic violence.

“To get out,” Crockett answered. “Nobody needs to live in fear.”

Silent Screams Speaks is available online on the Fishbowl Radio Network. It broadcasts from a studio in Arlington.

“When you speak up, there’s a release within you,” Hudson said. “You are empowered. You start sitting up straighter and walking taller because you’re taking your power back.”