"When mathematicians stopped using the abacus and started using calculators, it's that important," said Lt. Warren Meeler of Houston Police Department's Homicide Division during a 2018 interview on the same subject matter. 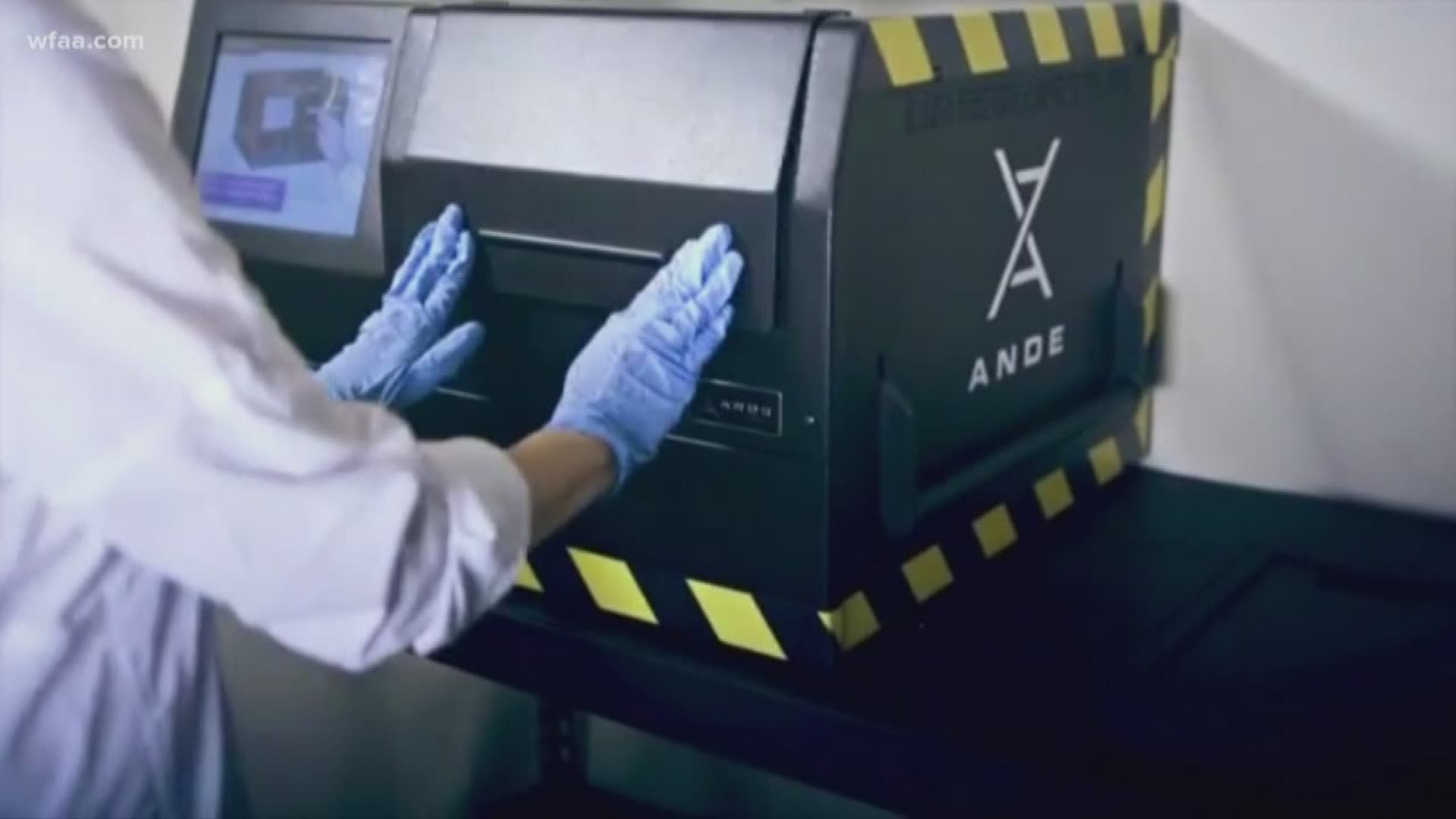 Zoe Hastings, a Lake Highlands teenager, was stabbed to death in 2015. DNA evidence tied to the scene sent her killer away for life.

RELATED: Man gets life sentence in murder of Zoe Hastings

It would take weeks for a crime lab to connect the dots. Dr. Richard Selden says that process should take minutes.

"I have friends at the FBI that have said to me that they think rapid DNA will have the biggest impact since the original fingerprint introduction a hundred years ago," Selden said from his home in Massachusetts via Skype.

Selden is the founder of a Boston-based company called ANDE. It produces field-ready DNA testing kits. They don't need to be operated by a technician and can produce DNA information in as little as 90 minutes.

"When mathematicians stopped using the abacus and started using calculators, it's that important," said Lt. Warren Meeler of Houston Police Department's Homicide Division during a 2018 interview on the same subject matter.

It's a technology that's already on the ground in Houston and has been for close to two years.

Under Chief Art Acevedo, Houston Police detectives collect two swabs of DNA. One goes to a traditional lab and the other is run through the machine.

"Our approach is that we like to make the technology available and then law enforcement agencies can decide themselves how to talk about them and how to implement the technology," Selden said.

A technology Selden says is sound — claiming the chance of random match is one in a "trillion, trillion."

But civil rights organizations fear the implications. They're concerned the technology casts a wide net and collecting valuable evidence from anyone considered a suspect.

Selden insists the information it gathers doesn't give a complete picture.

"Those spots don't tell you anything about a person's appearance, a person's ethnicity, a person's clinical likely ability to develop. It's just a really accurate finger print," Selden said.

According to Selden, Houston Police has no plans to discontinue the programs. He adds that ANDE specialists are in the process of training detectives to use the new equipment.

"It's really important to know that rapid DNA isn't only about catching the criminals, it's just as important to exonerate the innocent," Selden said.

DNA already plays a significant role in the justice system — Selden and his team don't want victims to wait any longer than they have to.