When fully operational, the station will be capable of pumping nearly a million gallons per minute. That’s the equivalent of draining an Olympic-size swimming pool in 15 minutes. 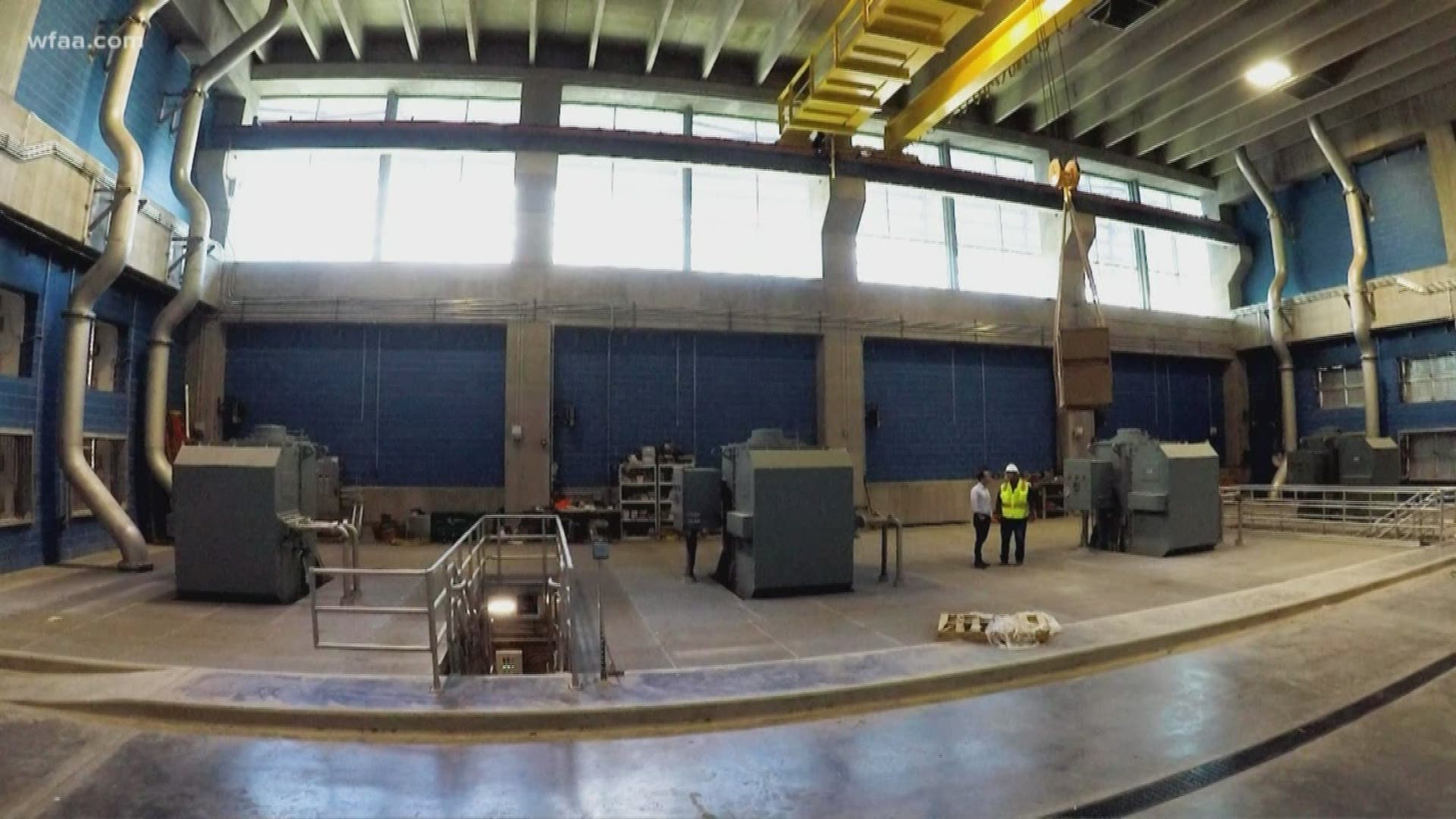 DALLAS — The city is nearing the completion of the Able Pump Station, a $70 million facility that will work to prevent flooding in downtown Dallas.

When fully operational, the station will be capable of pumping nearly a million gallons per minute. That’s the equivalent of draining an Olympic-size swimming pool in 15 minutes.

“This whole complex is state of the art,” said Rick McRay, the senior program manager for floodway operations for the city of Dallas.

McRay said Dallas may be the only city in the country with the equipment.

“All the water that’s coming here is coming from all the storm drains in the street and all the creeks and channels that come through downtown Dallas, all the water ends up right here,” McRay said.

Right now two of the four pumps are fully operational.

Construction is behind schedule, but the station is already pumping more water than the previous location.

“If these do their job here each one of these pumps can pump approximately 220,000 gallons per minute,” McRay said. “So we basically have four times the pumping capacity that we had last year.”

“The new funding is something we’ve been waiting for in Dallas since the 60s," she said.

The projects included in the new funding are expected to be complete by 2024.

But for right now, the focus is on finishing the Able Pump Station.

McRay says the city hopes the entire complex is fully operational by the end of the year.