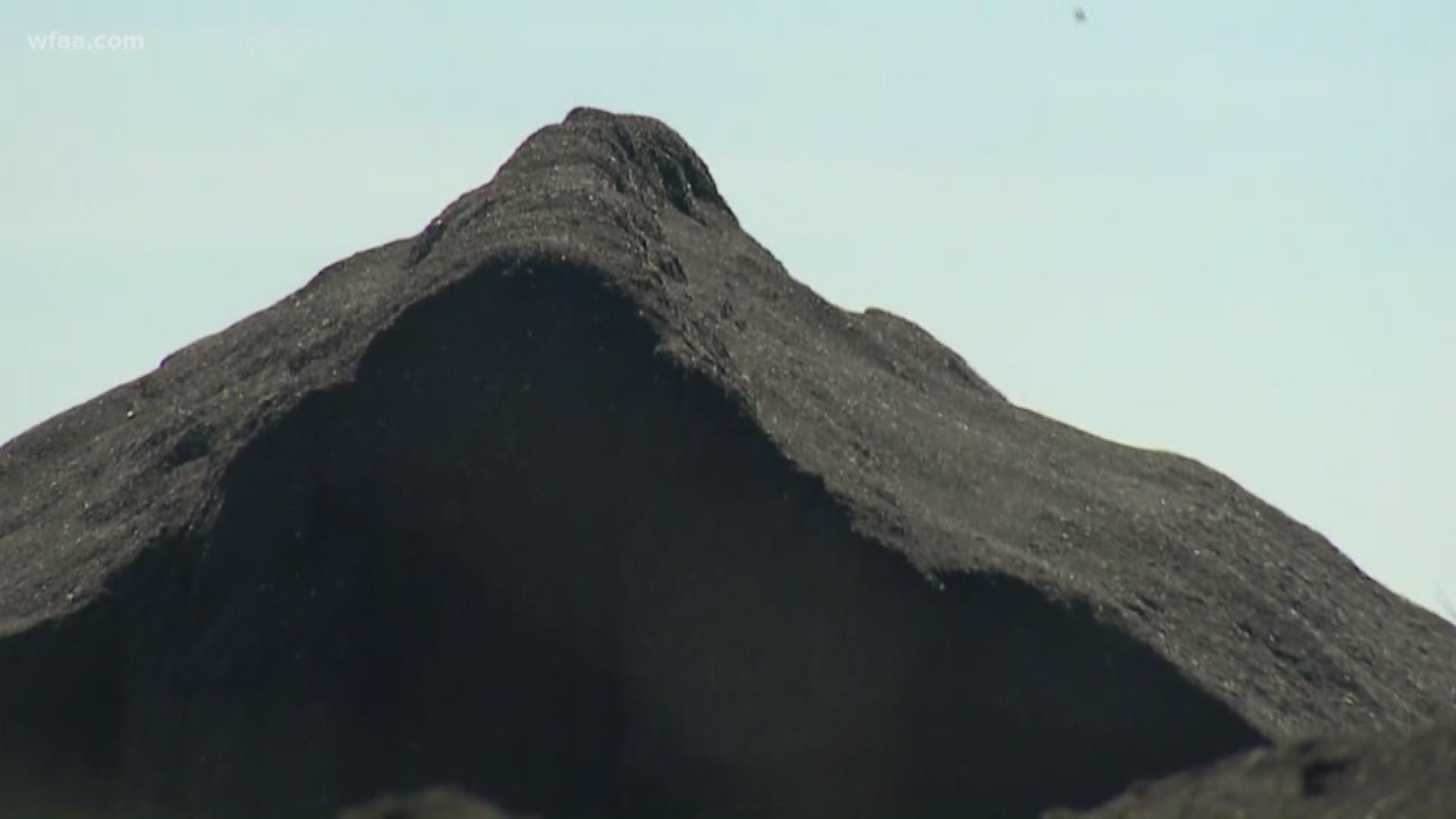 DALLAS — A large mound of recycled roofing shingles is becoming a major nuisance to some neighbors off South Central Expressway in southern Dallas.

Neighbors along Choate Drive say they are frustrated living in the shadows of the large piles of shingles.

The pile of recycled material has been growing at Blue Star Recycling since January, last year, according to neighbors. They say they want it moved. Families are complaining of air pollution, noise, odors, and health issues like coughing up dark matter and children experiencing asthma.

Bianca Morales says she no longer allows her children outside to play.

Morales explained, ”The longer they’ve been there, we’ve just started noticing the kids being sick a whole lot more. Them missing school on account of them being sick, you know.”

Neighbors say they have been complaining to City of Dallas Code inspectors and state environmental agencies for months.

The shingle mountain at Blue Star has become a hot issue at the center of the District 8 race for City Council. Councilman Tennell Atkins says the mountain of shingles first came to his attention in December 2018. Atkins says, after researching, he learned the recycling site used to be a wood grinding company that needed a Special Use Permit (SUP). When that SUP expired, he says the zinging allowed for grinding shingles. Atkins says he immediately got Code and City attorneys involved.

Blue Star Recycling has yet to comment about its shingle mountain and the ongoing environmental concerns. Councilman Atkins says a hearing is scheduled March 22nd to discuss a temporary injunction at the site.

Former District 8 Councilman and current candidate Erik Wilson is also among those questioning why it has taken the City so long to address the neighbors’ concerns.

Jackson is now part of a group of organizations and individuals called “Southern Sector Rising." They are pushing to tackle environmental justice issues like this, until they believe they are properly addressed.

Southern Sector Rising will be holding a press conference about the issues at Blue Star Recycling at 12 p.m. Wednesday, March 20th in the Flag Room at Dallas City Hall.