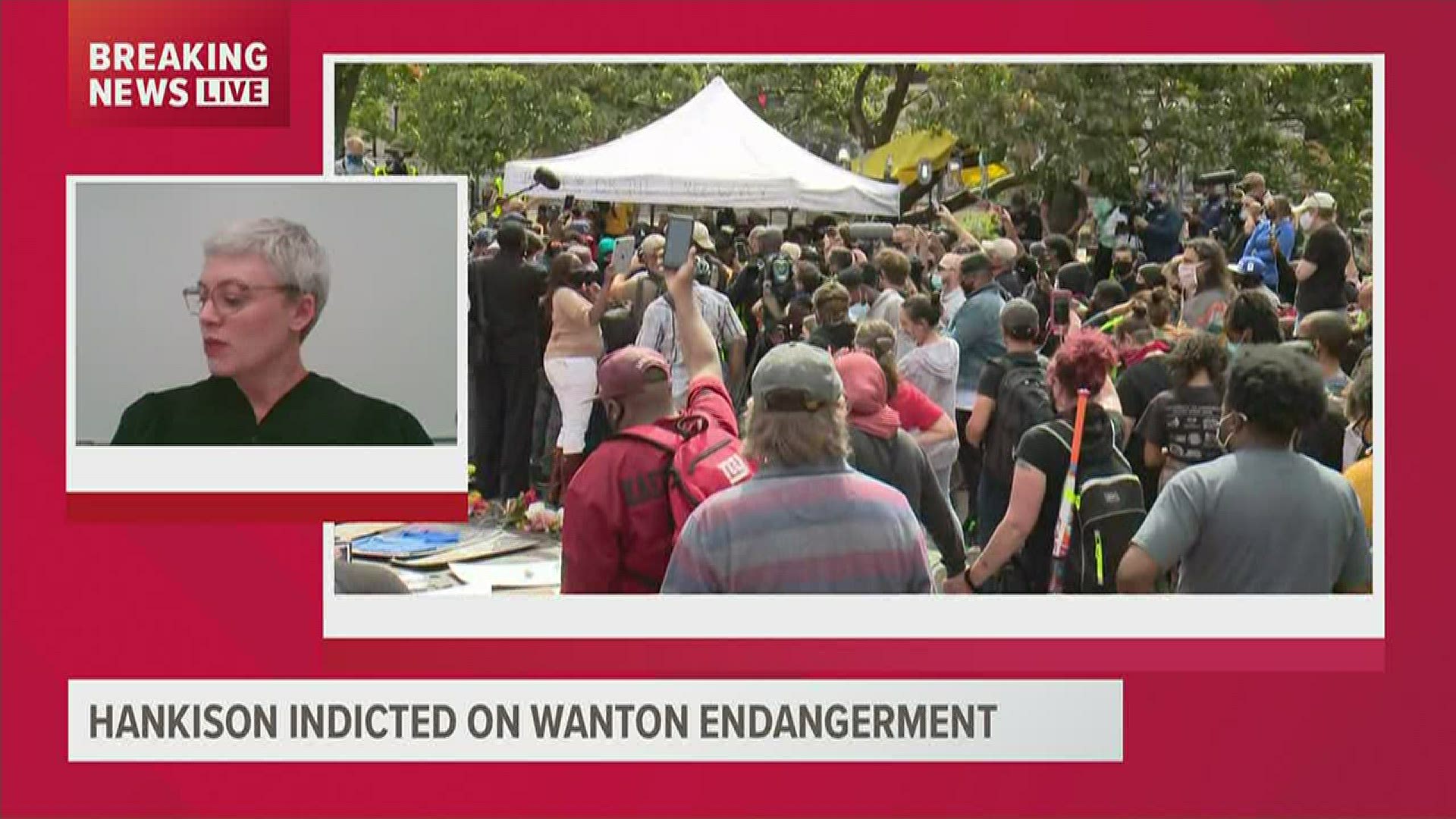 The charges are for shooting into apartments near Taylor's but not for her death.

What does wanton endangerment mean? More importantly, what does that mean in the state of Kentucky?

“A person is guilty of wanton endangerment in the first degree when, under circumstances manifesting extreme indifference to the value of human life, he wantonly engages in conduct which creates a substantial danger of death or serious physical injury to another person.”

In the first degree, it is a class D felony.

If found guilty, Hankison could face up to 5 years in prison for each count.

Hankison was indicted more than six months after Taylor was killed by police inside her apartment. He is one of four Louisville officers who are under investigation in the case.

No charges were filed against the other officers because their actions were found to be justified, prosecutors said.