"What special people these men and women are who answered that call. And it is our job now to honor them. A way to say thank you!" 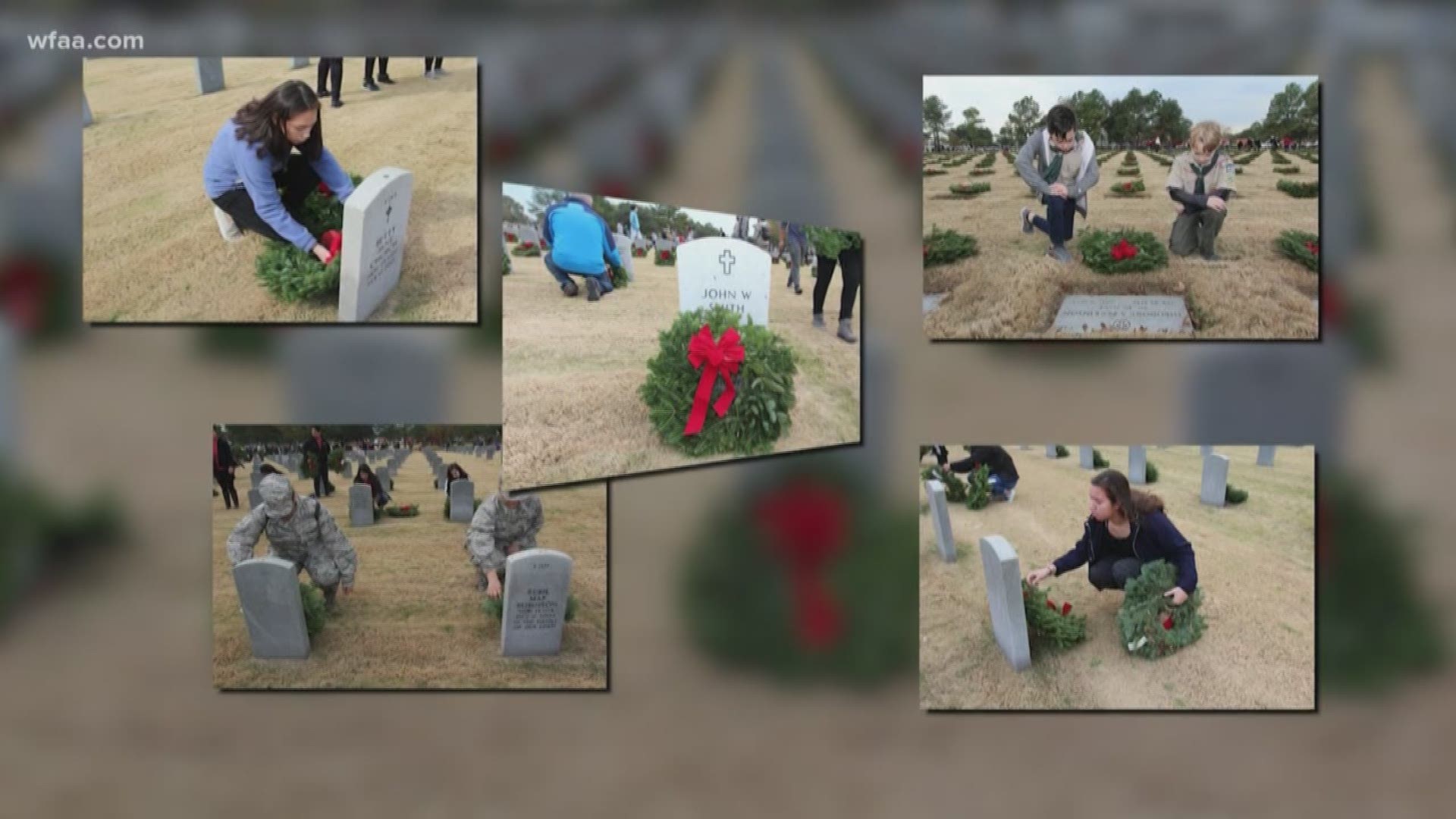 FRISCO, Texas — Every year, more than 6,000 volunteers place wreaths on the graves of servicemen and women at DFW National Cemetery. The organization that handles the effort is asking for the public's help to make sure no one, no grave, no family is left out.

On Dec. 14, Chris and Mary Bush will be among the volunteers laying wreaths. They joined the Wreaths Across America effort after their 22-year-old son died in a 2009 suicide attack in Afghanistan. Peter John Courcy, an Army corporal, was just days from coming home from his tour.

In many ways, their home in Frisco is a shrine to their son. His portrait hangs over the fireplace; multiple other photos line the mantle. The Gold Star flag, which signifies the family of a fallen soldier, hangs from an entryway door.

"We are keeping him alive by talking about him and honoring him," Mary Bush said. "And I think that's true with anybody who loses a loved one."

Wreaths Across America has been helping them honor their son as well. Each December, in an effort to "remember, honor and teach," the organization coordinates wreath-laying ceremonies at more than 1,600 locations in all 50 U.S. states and several international locations. Those locations include Arlington National Cemetery and DFW National Cemetery in North Texas.

Mary and Chris Bush have been active fundraisers for the DFW effort. In their first year they raised enough money for 250 wreaths. About 20 people, mostly family and friends, helped place them in the cemetery.

But the organization has never received enough donations to purchase wreaths for every single grave. That's why they're asking for the community's help.

Find out how you can help here

Grieving families benefit by seeing that their loved one is not forgotten when he or she is honored in this way.

"What special people these men and women are who answered that call," Mary Bush said of soldiers like her son. "And it is our job now to honor them, a way to say thank you."

"Donating a wreath is a way to say thank you for your service," Chris Bush said.

Chris and Mary Bush will place a wreath at their son's grave on Dec. 14. With enough donations, they hope the rest of the graves will receive the same honor.

"I always tell him how proud I am of him," Mary Bush said of her graveside conversations with her son. "He may be the most influential person in my life."

"And I think he's probably looking down on us, and he's pretty proud of us as well," Chris Bush added.

Chris Bush believes, thanks to Wreaths Across America, someone will continue to lay a wreath on their son's grave, even after his parents are gone.

A tribute, for all these souls, that they ask the rest of us to join.

For more information on Wreaths Across America and how you can get involved, click here.