The program by Wells Fargo and the Military Warriors Support Foundation has provided dozens of vehicles and hundreds of homes for veterans and Gold Star families. 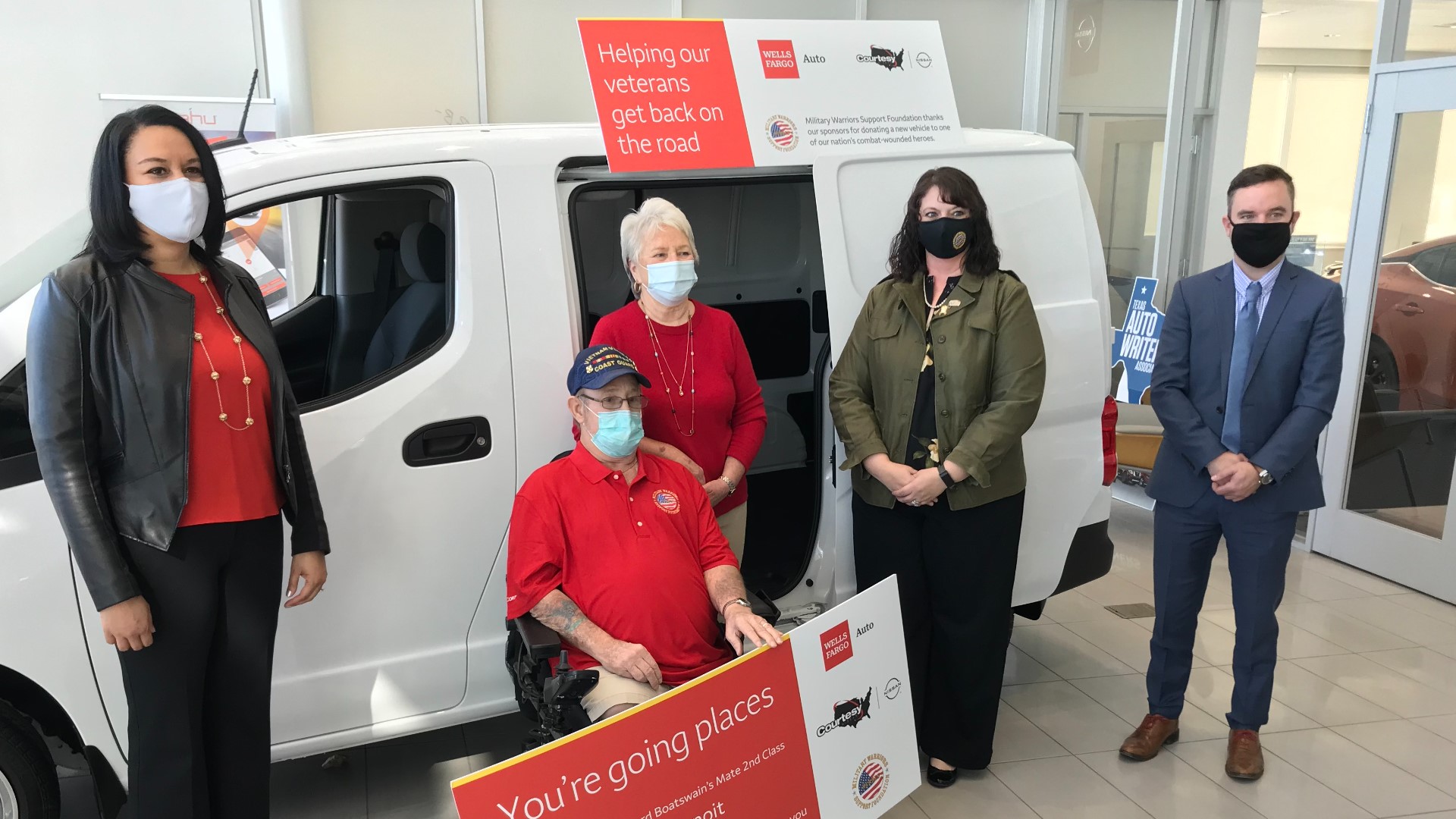 RICHARDSON, Texas — It's been 52 years and 29 days since Gilbert "Frenchy" Benoit took a bullet for his country. On Monday in Richardson, the Vietnam veteran received a long-overdue thank you for the service and the sacrifice he continues to endure.

"We was going to ambush them and they ambushed us before we could get to 'em," Benoit said with a chuckle as he described that moment in November of 1968. That day, an AK-47 round shattered his left hip as he and other U.S. Coast Guard crew patrolled the coastline and rivers of Cambodia and Vietnam. The wound put him in a body cast for months, led to several years of hospitalization, a total of six hip replacements and eventually the aggressive infections that forced the amputation of both of his legs 10 years ago; an additional injury to the insult he'd already found when he came home from war.

In addition to the Purple Heart, Benoit also received the Navy Commendation Medal with Valor, and a Vietnam Service Medal with two Bronze Stars for is service.

"Even though we busted our asses, nobody should have to go through the crap that we went through when we came back," he said.

But at Courtesy Nissan in Richardson on Monday morning, a long-awaited thank you arrived in the form of a brand new compact cargo van. The dealership, along with Wells Fargo and the Military Warriors Support Foundation, offered Benoit the 2020 Nissan NV200 payment-free.

"It's such an amazing way to say thank you. And to let other folks know we haven't forgotten them," said Andrea Dellinger with Military Warriors Support Foundation.  Since 2010, the organization has also awarded nearly 900 mortgage-free homes through their Homes4WoundedHeroes and Homes4GoldStars program and has assisted combat-wounded veterans, Gold Star spouses and their families in paying off more than $22.3 million in personal debt through financial mentorship.

"It's just one small way that we can show our support for veterans and military families who really help support all of us, with freedom and service to our country," added Tanya Sanders with Wells Fargo.

Since 2012, Wells Fargo has provided more than 40 vehicles, in collaboration with dealerships like Courtesy Nissan, and donated more than 400 homes valued at more than $60 million to combat-wounded veterans and Gold Star Families in all 50 states.

"Maybe this can be a little bit of positive light for him going forward and he seems pretty happy about it so I'm happy to be a part of it," said Courtesy Nissan general manager Brady Bishop.

The new van, equipped with a remote start so Benoit and his wife can have it ready and warm on winter days and pre-air conditioned in Texas summers, will be outfitted with hand controls and a wheelchair ramp by the Veterans Administration.

RELATED: Despite pandemic and downpour, Carry the Load carries on

And it's a gift Benoit says he humbly accepts on behalf of every veteran who served.

"Oh absolutely wonderful," Benoit said of the gift. "It's a warm feeling that I have. Oh, it means everything in the world!"

A world still trying, even after 52 years, to offer a proper welcome home. 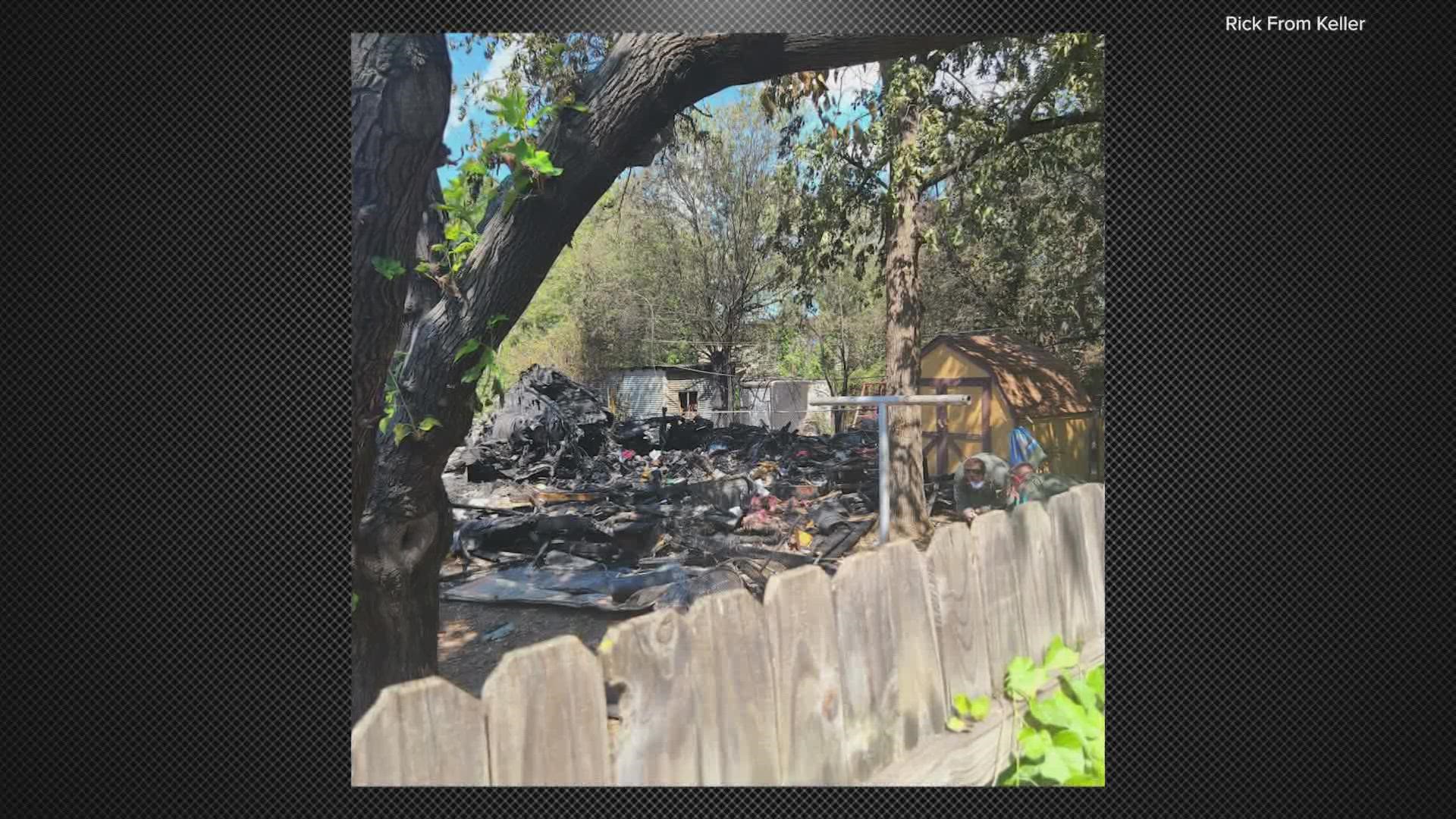