"I think the fact we have the courage to change and evolve shows how serious we are about this mission and about helping human beings live well," said Jacob Schick. 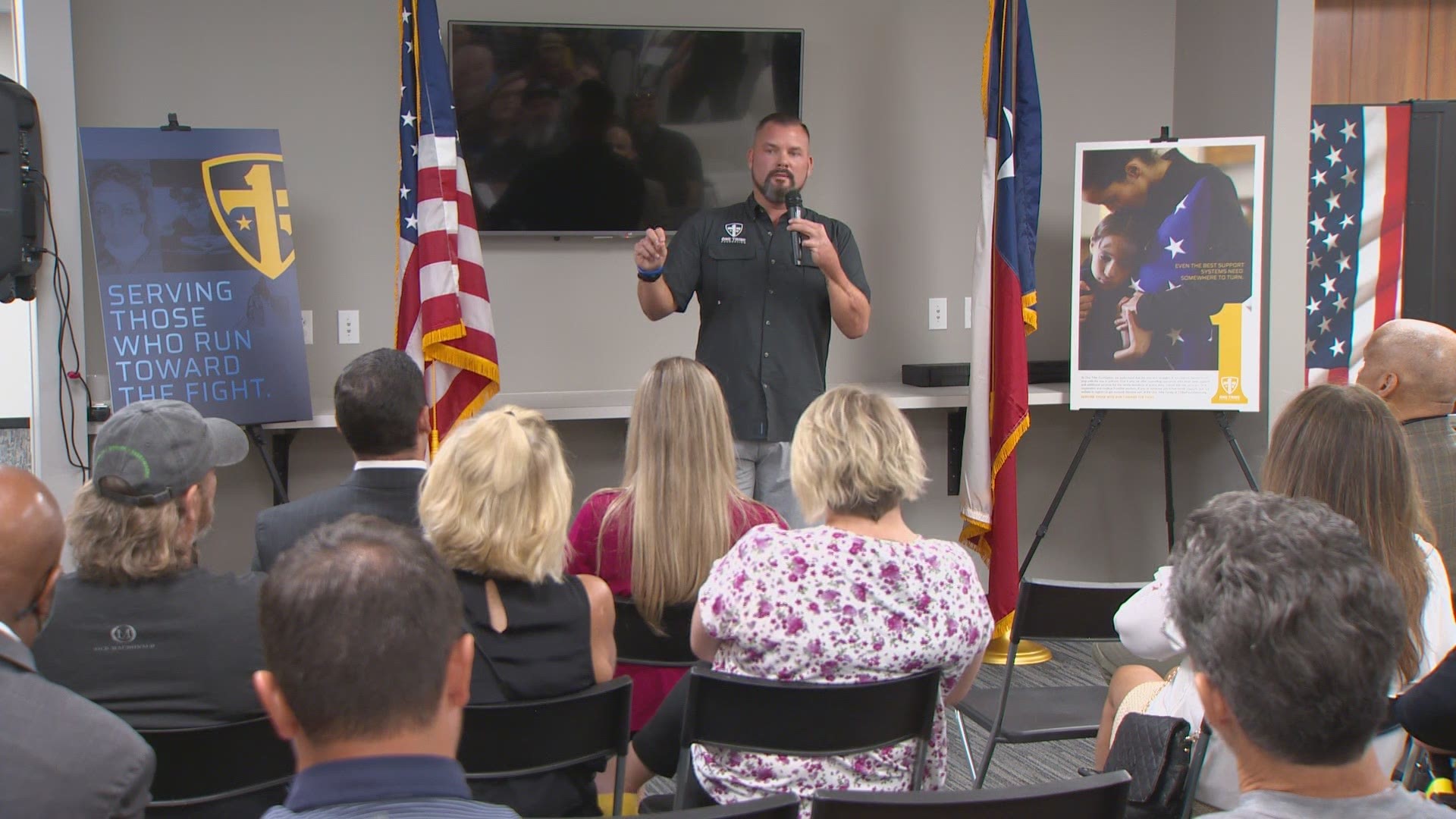 FARMERS BRANCH, Texas — Jacob Schick's success in battling his own demons, and in creating a platoon of veterans and mental health professionals to fight the epidemic of military suicides, is now taking its next big step: providing the same counseling and life-saving services to first responders and their families.

The Marine veteran's usual joke, to help put you at ease, is that it was just a bad day at the office. That's what he often says about that day in Iraq when a roadside bomb exploded under his Humvee. He survived as a lower leg amputee after scores of surgeries and mental health counseling that he said he desperately needed.

But that tortured journey led him to create 22Kill, his group of veterans helping other veterans fight the epidemic of military suicides.

And if the pandemic has proven anything, it's that veterans aren’t on this tortured journey alone.

"I don't give a damn if you ever wore a uniform or not. It is completely irrelevant to me," Schick told an assembled crowd at his Farmer's Branch office on Tuesday. "Everyone here is a warrior."

He was welcoming additional warriors as he announced the expansion of 22Kill into the One Tribe Foundation. The expansion of services and counseling will allow for the same successful treatment programs for police officers, firefighters, health care workers and other first responders who deal with significantly high suicide rates of their own. The Tuesday event included comments by Manny Ramirez, President of the Fort Worth Police Officers Association, Fort Worth Fire Chief Jim Davis, and Jay Frasier with Texas Health Resources announcing their partnerships with the One Tribe Foundation.

RELATED: Gold Star families brave rainy weather to support each other at Carry The Load event in Dallas on Memorial Day

"They saved my life. They saved my children's life," said Sharonda Calderon of the counseling she and her family received after the death by suicide of her husband, Dallas County Sheriff's Deputy Homero "Omar" Calderon. He took his life in the parking lot at work in June of 2018 unaware of the help an organization like 22Kill could have provided.

Sharonda and her three sons have since found counseling and help for their own struggles with the One Tribe Foundation.

"This is the one place that would have been perfect for Omar," she said of the One Tribe Foundation and its expansion of services, "because he would have felt like he belonged."

Schick wants to help more families like the Calderons battle that stigma and that same monster.

"If you don't live your life and dream big enough to change the world you're not dreaming big enough. And that's where I would like to be," Schick said. "I think the fact we have the courage to change and evolve shows how serious we are about this mission and about helping human beings live well."

And so the mission continues for a Marine and his growing tribe.