Eliel Rosa, 53, entered the U.S. Capitol on January 6 with his friend Jenny Cudd. 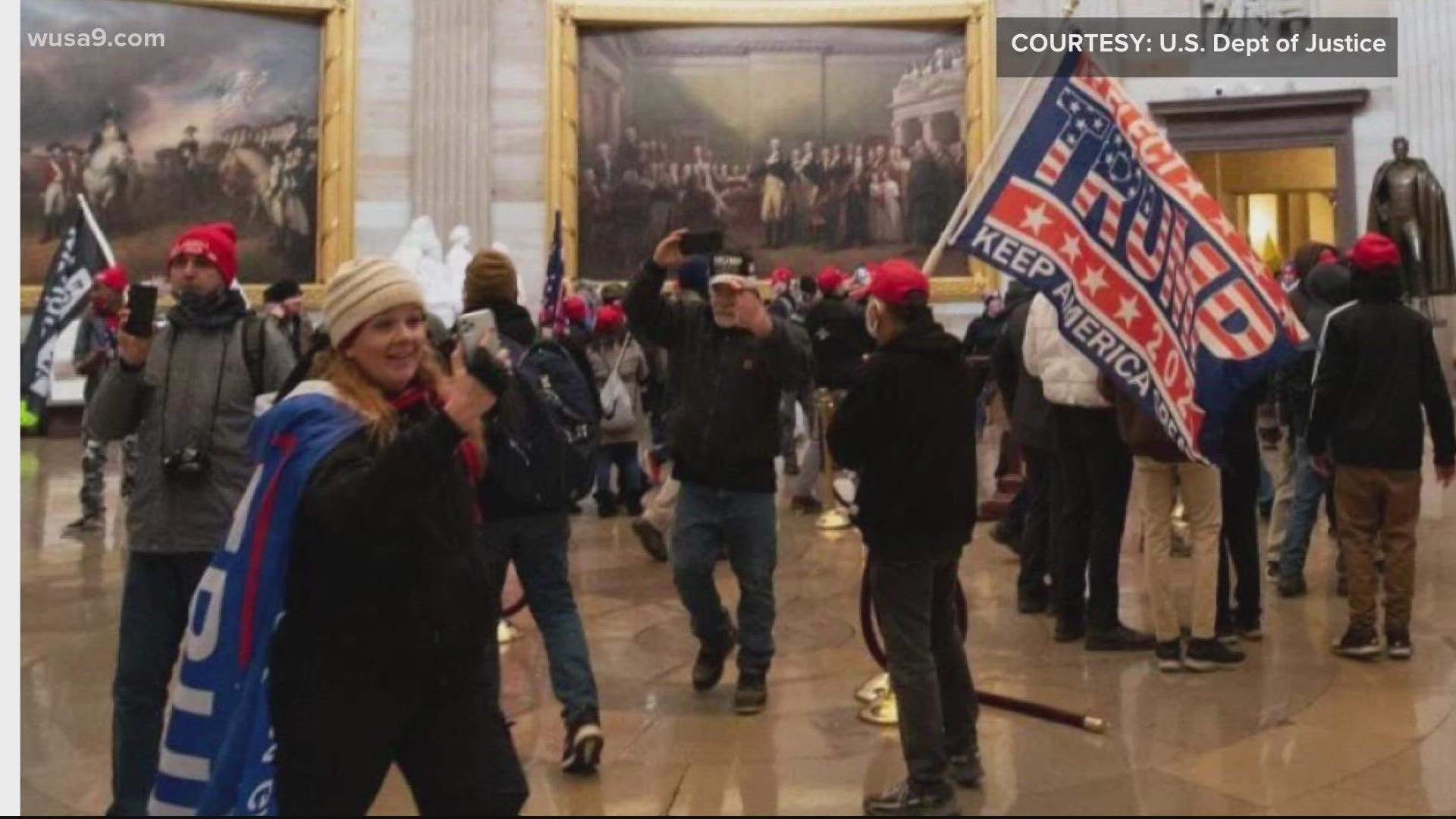 WASHINGTON — A federal judge sentenced a Midland, Texas, man to a year’s probation on Tuesday for his role in the Capitol riot – although he could face further fallout due to his asylum status in the U.S.

Eliel Rosa, 53, appeared in person before U.S. District Court Judge Trevor McFadden in D.C. on Tuesday to be sentenced for one count of parading, demonstrating or picketing in a capitol building. Rosa, who entered the U.S. Capitol on January 6 with his friend Jenny Cudd, was indicted in February on five counts – including a felony count of obstruction that could have landed him in prison for 20 years if convicted. Rosa pleaded guilty in July to one Class “B” misdemeanor. Cudd was scheduled to plead guilty before McFadden during a hearing Wednesday afternoon.

The Department of Justice had asked McFadden to sentence Rosa to a month of home confinement. In its sentencing memo and in arguments in court Tuesday, the DOJ said Rosa and Cudd had returned to their hotel after listening to former President Donald Trump’s “Stop the Steal” rally on January 6 – but then returned to the Capitol after hearing former Vice President Mike Pence was not going to overturn the election. Rosa and Cudd subsequently entered the Capitol were near enough to the Speaker’s Lobby that Rosa has claimed he heard the shot that killed Ashli Babbitt.

Three days after the riot, Rosa went to the local FBI office near his home and turned himself in. McFadden, a former federal prosecutor and deputy assistant attorney general who was appointed to the U.S. District Court for the District of Columbia by Trump in 2017, said he had never heard of a defendant surrendering to police before they were even named as a suspect in a crime.

Judge McFadden: "What do you think home confinement accomplishes here?"

McFadden: "In the next month? I guess I just don't see how home detention does much as a deterrence."

Sign up for the Capitol Breach Newsletter. Don't miss an update about arrests, charges or investigations into the assault on the Capitol.

Rosa’s attorney, Michelle Peterson, from the Federal Public Defender’s Office, said his contrition was a factor in support of a probation-only sentence. She also said he could face potential immigration consequences as a result of his conviction.

Rosa and his wife came to the U.S. in 2016 from Brazil as a result of political persecution. They were granted asylum in October 2018 and were pursuing U.S. citizenship.

That, in addition to Rosa’s job as a civics teacher, McFadden said, made Rosa’s conduct on January 6 all the more appalling.

In a written statement to the judge, Rosa quoted the Federalist papers, saying he had given in to passions originating in the “lower portions” of human nature. On Tuesday, he referenced President James Madison, who wrote that, “If men were angels, no government would be necessary.”

Eliel Rosa is speaking now. Thanks taxpayers for allowing him to have legal counsel. Says he stands in court considering James Madison's "If men were angels" quote. pic.twitter.com/eVP6vSwp0T

“Sir, you participated in a shameful event – a national embarrassment that made us all feel less safe,” McFadden said. “Your actions are even more surprising given your clear knowledge of our nation’s founding ideals.”

Still, McFadden said he didn’t see the value in sentencing Rosa – who pleaded guilty to a non-violent misdemeanor and who has no criminal history – to home confinement. Instead, McFadden sentenced him to 12 months of probation and 100 hours of community service. He must also pay $500 in restitution for damage to the U.S. Capitol.

Although he avoided the serious felony charge that would have posed a serious threat to obtaining citizenship, Rosa’s conviction could still come into play under a U.S. statute requiring those seeking citizenship to demonstrate “good moral character.” The statute requires immigration officials to review the applicant’s conduct over the previous five years on a case-by-case basis – although the Trump Administration expanded the list of offenses that could result in a rejection in 2019 to include a number of lower-level crimes, including some misdemeanors. 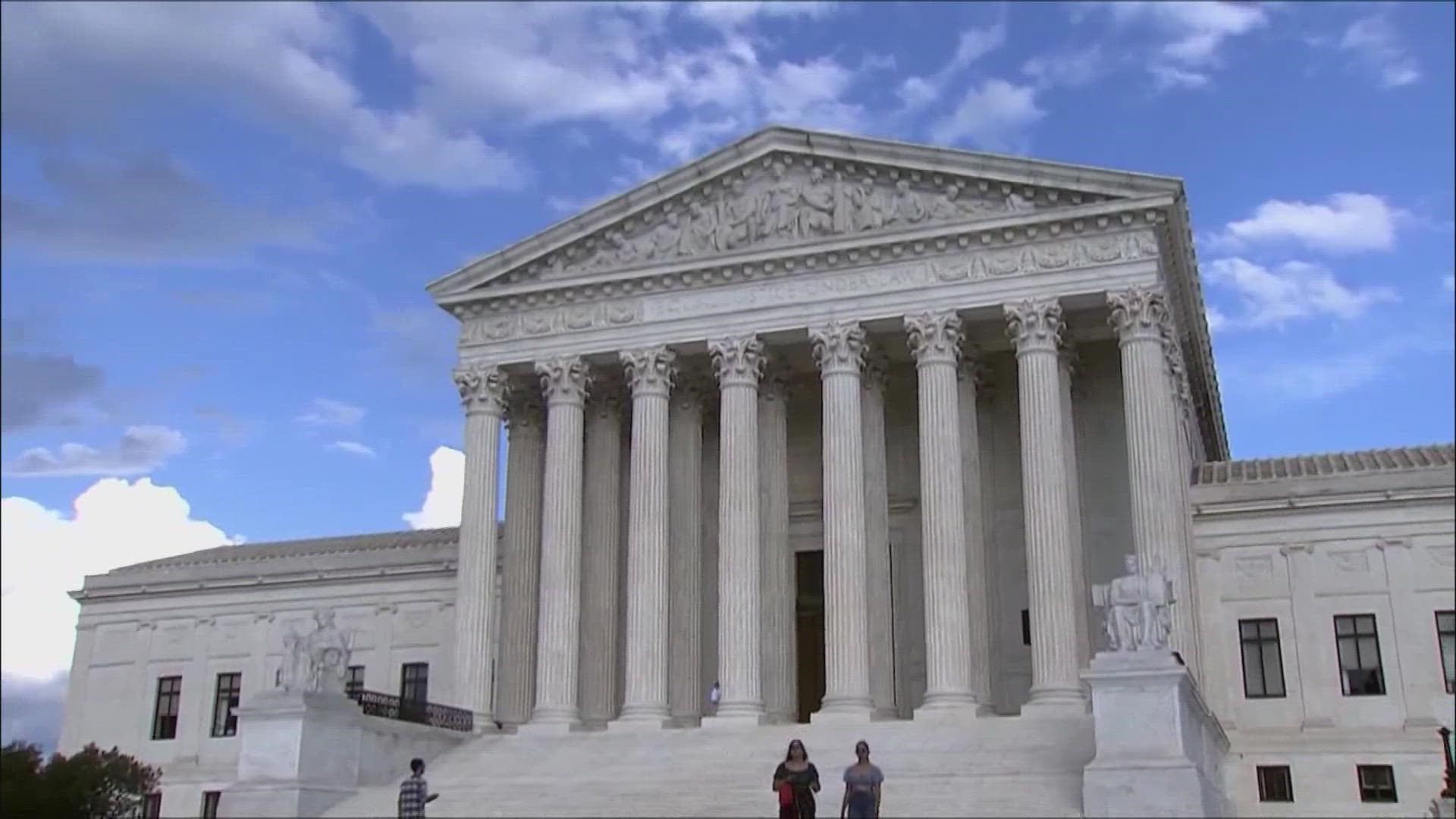 SCOTUS hears arguments in Mississippi abortion case, with implications for Texas and the nation