WUSA9 obtained Fanone's body cam video which shows the brutal attack he faced during the Capitol Riot on Jan. 6. 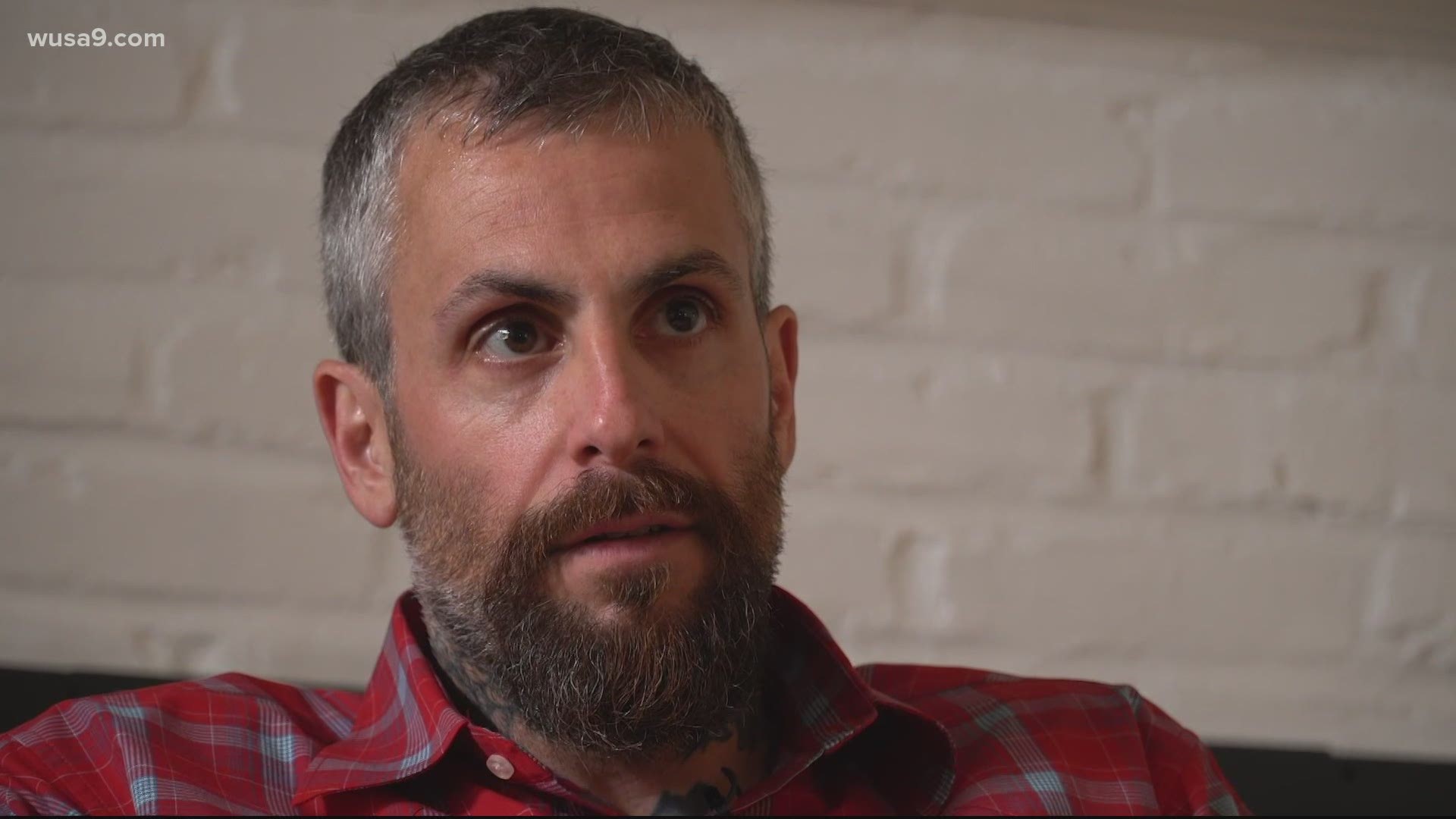 WASHINGTON — D.C. Metropolitan Police Department officer Mike Fanone has become a symbol of the heroic, and at times heartbreaking, fight police officers waged to defend the U.S. Capitol on Jan. 6.

According to Fanone’s bodycam video obtained by WUSA9, it was 3:16 p.m. when the MPD veteran of nearly two decades stood shoulder to shoulder alongside fellow officers trying to hold the line against a bloodthirsty mob attempting to overrun police in the West Terrance Lower tunnel to the U.S. Capitol.

“My memories of that day are vivid,” Fanone told WUSA9 Chief Investigative Reporter Eric Flack during an interview at Fanone’s home in northern Virginia, where he continues to recover from the mental and emotional scars of that day. “You know, really up until I lost consciousness, you know, it plays out in my mind very clearly.”

According to court documents in criminal cases against five different men charged in his assault, Fanone was pulled into the crowd then beaten, kicked, stripped of his badge and radio and tased numerous times.

On Fanone’s bodycam video you can hear one person in the crowd scream “I got one!” as Fanone is pulled into the throng. At other points, you can hear Fanone screaming in pain, and saying “I’ve got kids.” 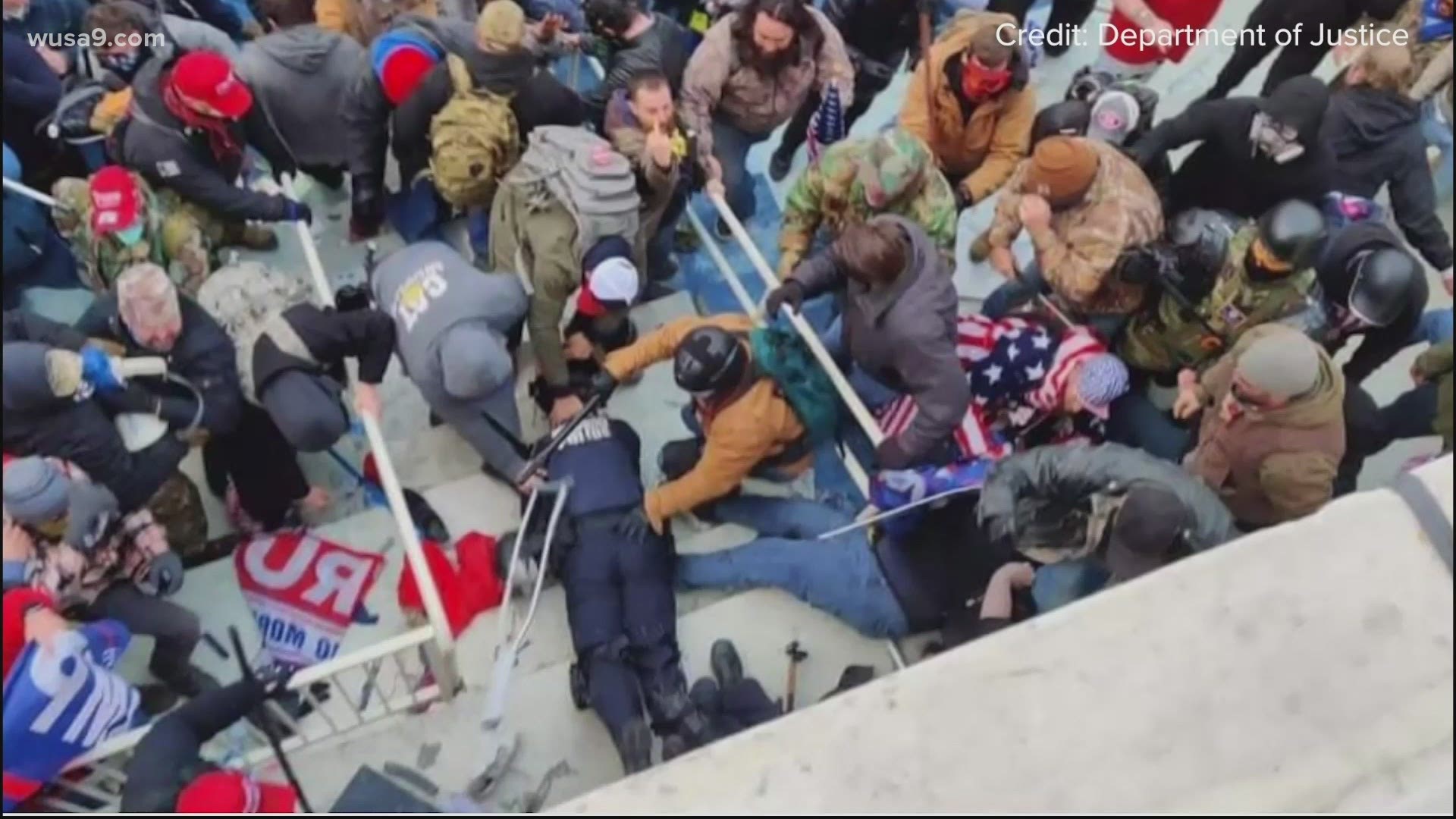 Prosecutors say Fanone suffered a concussion and heart attack before he was handed back to his fellow officers.

“I can see that day like I'm living it as we speak,” Fanone said, adding the memories do not haunt him like they once did. “Because it's just like, that's a part of who I am now. I'm proud of what I did. And I don't think I would have had it any other way.”

Fanone carried those memories with him to Capitol Hill on May 27, as he accompanied the family of fallen Capitol Police Officer Brian Sicknick to meet with Republican senators who were planning to block a bill to create an independent commission to investigate the Capitol Siege.

The measure ultimately failed, with many Republicans saying the commission would turn up no new facts, and would be just another attempt to relitigate the second impeachment trial of former President Donald Trump.

“The experience I had on the Hill was a difficult one,” Fanone said. “It's very, it's tough, you know, kind of reliving, like, the most traumatic experience of your entire life over and over and over again, to a lot of people who I think, really are devoid of compassion.”

Nearly five months after the attack, Fanone remains on medical leave, and is staying focused on his recovery and his four daughters — three of them under age 10.

Surviving the Jan. 6 US Capitol Riot

1 / 3
WUSA9
“My memories of that day are vivid,” Mike Fanone told WUSA9 Chief Investigative Reporter Eric Flack during an interview at Fanone’s home in northern Virginia, where he continues to recover from the mental and emotional scars of that day.

He said despite the horror of that day, what happened to him taught him something about the way he wants to treat other people. And about the way, Fanone says, we should all treat each other.

“I had a misconception at various points of my career as a police officer, and really just points in my career as a human being,” Fanone said. “That, you know, compassion was an emotion born out of weakness. And one of the things that I've learned post Jan. 6, is that no, some of the most, some of the strongest, like, most badass people I've ever met, are the most compassionate.”

Fanone doesn’t believe police officers who defended the U.S. Capitol on Jan. 6 have ever truly received the recognition from elected officials they deserve.

“But I'm just incredibly proud,” Fanone said. “I don't even think that does it justice. I mean, I'm honored to have been there on the Capitol with my friends and colleagues from MPD.”

Fanone said he has not decided on his future, or a return, to active policing.