World Redhead Day is May 26! Here are 10 fun facts about red hair

Hey redheads! Tuesday, May 26 is YOUR day! 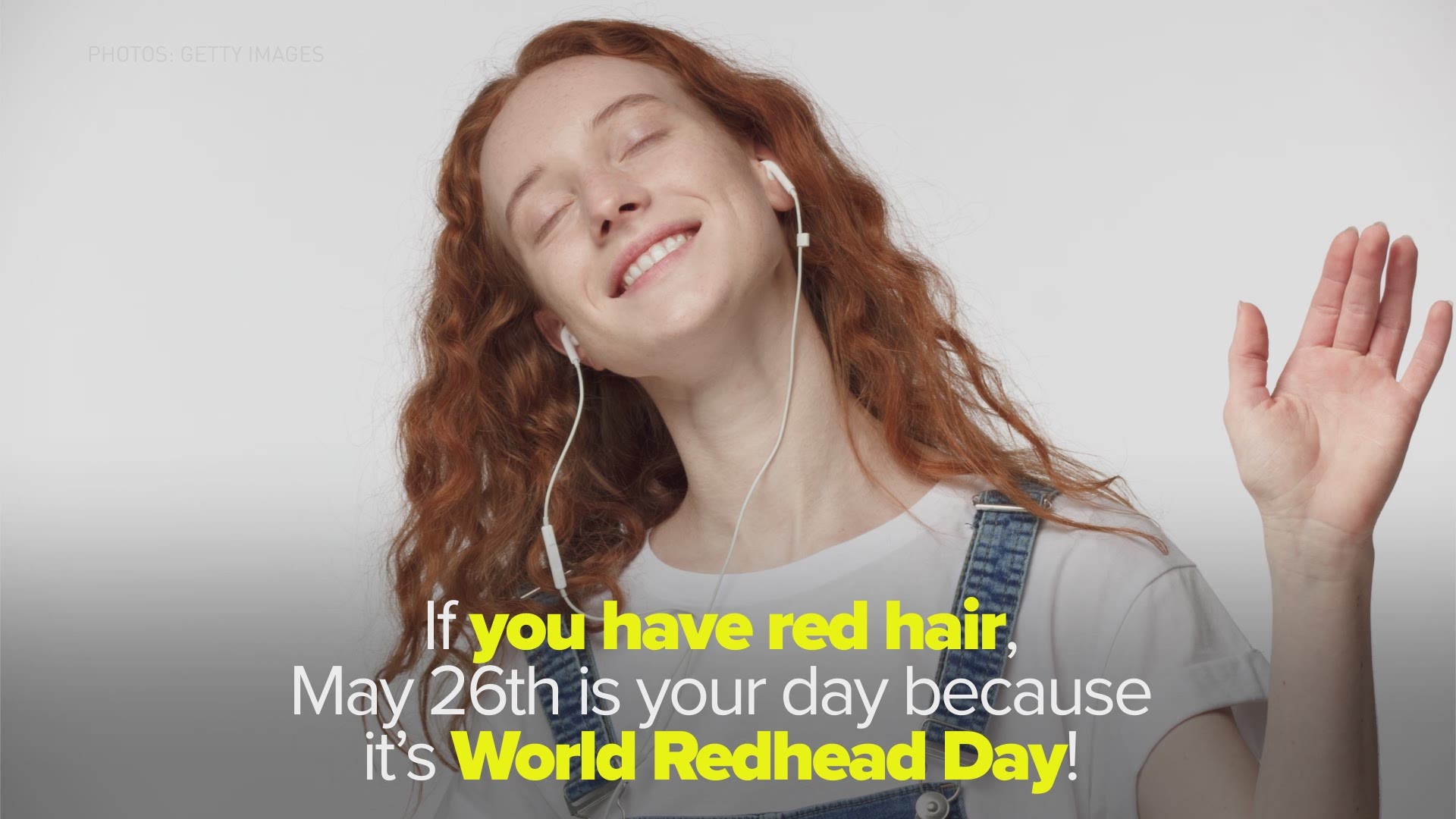 If you've got red hair, it's your time to celebrate because World Redhead Day is Tuesday, May 26.

While National Love Your Red Hair Day pops up every November, redheads also get another unofficial holiday each May.

It's not clear where this holiday got its start, but it's become an integral part of the unofficial holidays calendar.

So to help everyone celebrate, here are 10 fun facts about the redheads in your life:

1. Less than 2% of the world's population has red hair. The highest concentration of redheads is in Scotland (13%), followed by Ireland (10%).

2. Having red hair and blue eyes is the rarest hair/eye color combination possible. The odds of a person having both of those recessive traits is around 0.17%. Instead, most redheads have brown, hazel or green eyes, according to Medical Daily.

3. The Redhead Days festival is the largest international event for natural redheads, but it was actually started by a blonde. The annual event in the Netherlands began when painter Bart Rouwenhorst put an ad in the newspaper for 15 redheads to model for him and more than 150 called him. According to National Geographic, Rouwenhorst didn't want to turn anyone away so he got them all together so they could do a lottery to decide who would model, and that's how the festival started. Today it's grown into a massive three-day festival that attracts thousands from all around the world. This year was supposed to mark the festival's 15th anniversary, but organizers have had to cancel it because of the coronavirus. Instead, they plan to move the 15th anniversary celebration to 2021.

4. Researchers believe redheads are more sensitive to pain because of a mutation in a gene (MC1R) that affects hair color. A 2004 study showed that redheads, on average, need about 20% more general anesthesia than people with dark hair or blonde color.

5. A lot of redheads also wind up being left-handed. Researchers believe one explanation is that both of those characteristics are recessive traits and those often come in pairs.

6. Redheads are less likely to go grey. The pigment in red hair typically fades over time from red to blonde and white, but not grey.

7. Despite plenty of debunked “studies” that pop up around the internet every few years, redheads are not going extinct.

RELATED: Love Your Red Hair Day is on November 5! Here are 12 fun facts about red hair

8. There are proportionately more redheads featured in commercials than there are in the world. A 2014 study found that 30% of ads during primetime hours included someone with red hair.

9. Redheads produce more Vitamin D in a shorter amount of time than people with other hair colors.

10. Being a man with red hair though could mean a lower risk for prostate cancer. A study from the British Journal of Cancer found men with naturally red hair were 54% less likely to develop prostate cancer, compared to other men with blond, brown or black hair.

So here's to you redheads! We'll see you again in November for Love Your Red Hair Day. 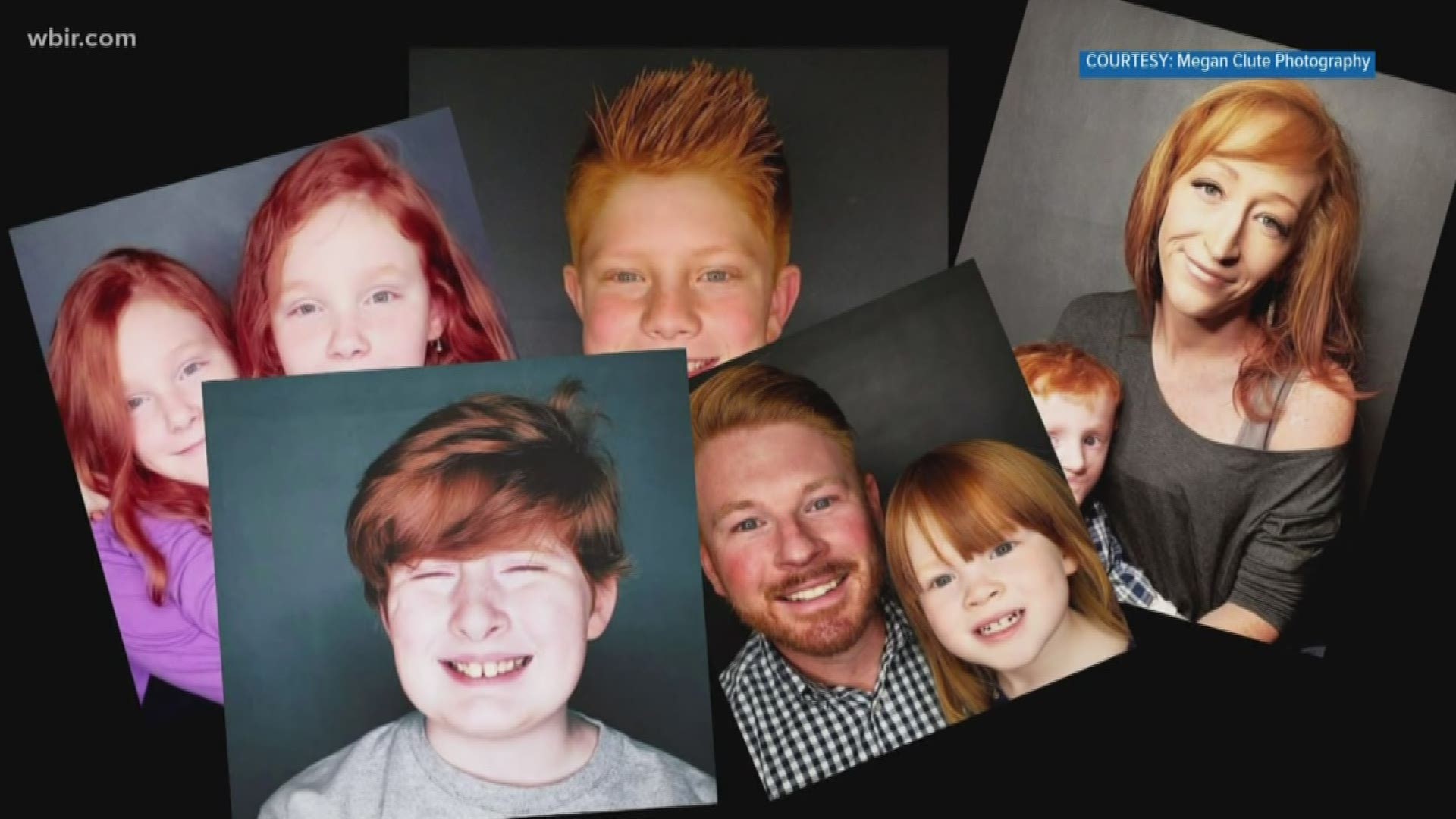