What the Supreme Court's ruling on sports betting means for you 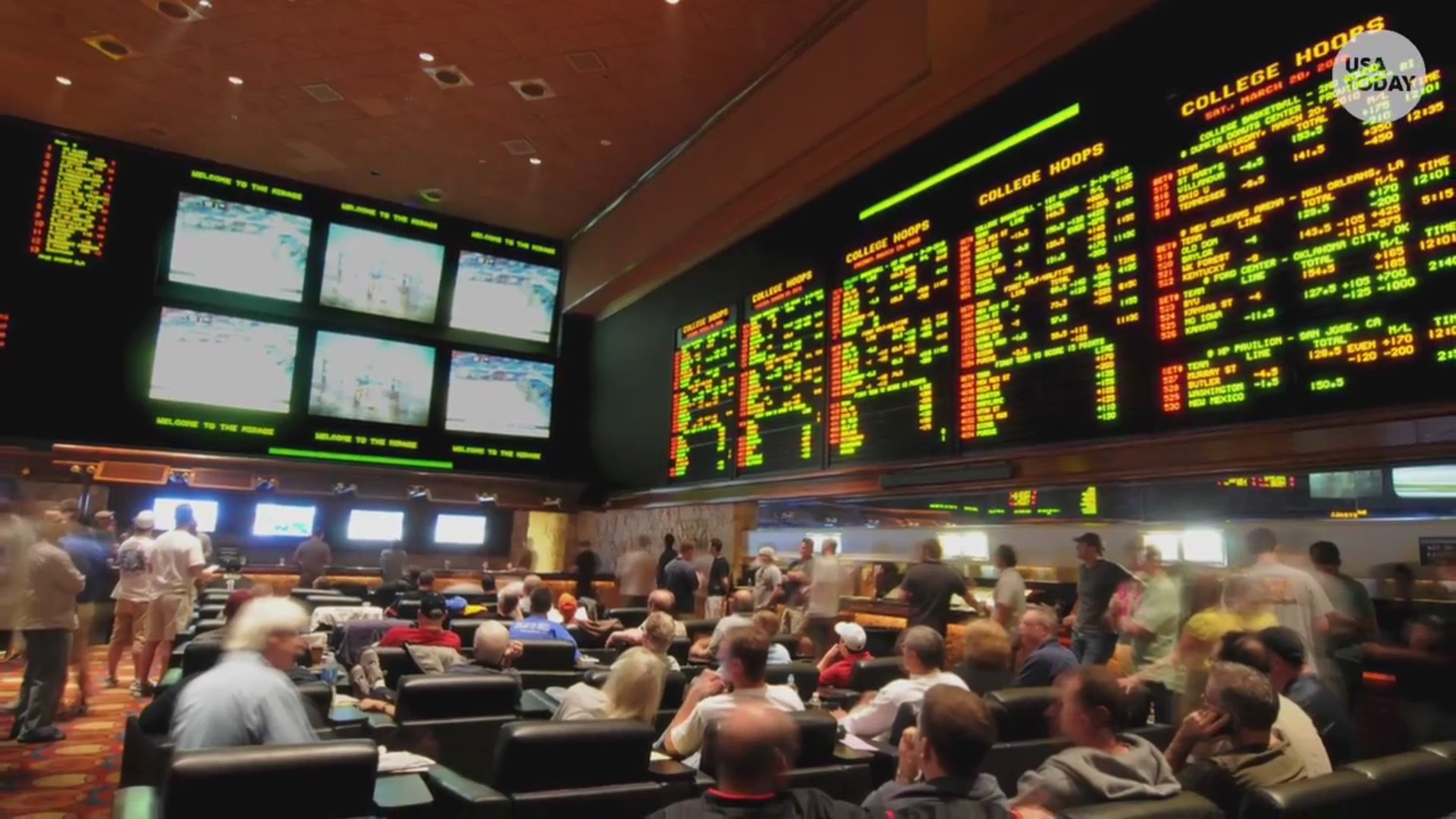 The U.S. Supreme Court ruling in favor of New Jersey on Monday effectively killed the Professional and Amateur Sports Protection Act (PASPA), the federal law that essentially limited sports betting to one state for the last 25 years.

PASPA was declared unconstitutional in the 7-2 decision, meaning it will be up to states – including New Jersey, which has sought to establish sports gambling for years – to decide whether to allow its residents to bet on sports.

Here’s a breakdown of what the ruling by the nation’s highest court means:

PASPA was signed into law by President George H.W. Bush in 1992 and went into effect in January 1993. Nevada – the only state at the time the bill became law that had widespread state-sponsored sports bettors – and three other states with more limited betting (Oregon, Delaware and Montana) were grandfathered in.

PASPA didn’t outlaw sports betting because that was already illegal. Rather, PASPA banned states – outside those given exemptions – from regulating (and taxing) sports betting.

Despite PASPA’s existence, the American Gaming Association (AGA) estimates at least $150 billion a year is gambled on sports in the U.S. and 97% of that amount was bet illegally.

With PASPA stricken down, states now can establish their own regulated sports betting.

Many are expected to move quickly to establish sports betting as a means to increase their respective coffers. West Virginia Lottery general counsel Danielle Boyd told Legal Sports Report that the state – which already passed a law to authorize sports betting – could have sports betting within 90 days of PASPA's repeal.

West Virginia is among 17 states that has passed or have bills making their way through state legislatures to legalize sports betting upon PASPA's repeal, according to the AGA. New Jersey and Mississippi are two other states Wallach said he sees moving the quickest to allow betting.

Now that it's legal, what barriers remain?

Some of the legislation – like one proposal in Pennsylvania – requires a one-time license fee of up to $10 million, along with a tax of as much as 34% on gross receipts, something AGA senior vice president of public affairs Sara Slane told USA TODAY Sports could be a non-starter for potential operators.

"I think their intentions are good," Slane said. "I think some states will have to go back and structure a policy that will allow operators to want to come into the state."

What do pro sports leagues stand to gain?

The NBA and MLB, seeing the potential of PASPA's repeal, have pushed the idea of a 1% sports integrity fee. (This would be taken out of all sports bets before the government gets to tax bets.) While the leagues have pitched this as a way to police point-shaving and other gambling-related corruption, Slane said it would take such a chunk that it would make legalized sports betting non-viable.

"The integrity fee is really a 20% grab on gaming revenue," Slane said.

According to the AGA, the average sports book keeps only about 5% of the money wagered. The fee would also limit how much each state could earn in tax revenue. Nevada sports books have operated for decades without any such fee.

“The major professional sports leagues earn exorbitant profits from ticket sales, concessions, merchandise and advertising rights, and while we welcome their support for our efforts to end the failed ban on sports wagering, we do not agree that it is good policy for the leagues to take money away from law enforcement agencies that neither they nor their athletes have earned,” Chuck Canterbury, national president of the fraternal order of police, said in a statement. “Our professional leagues should focus on their sport and let us focus on enforcing the law.”

Could another federal law be on the horizon?

One has already been proposed, although the bill hasn’t budged since it was outlined about a year ago and was introduced in December.

Rep. Frank Pallone (D-N.J.) offered up the the Gaming Accountability and Modernization Enhancement (GAME) Act that hasn’t even been considered by a committee. There’s little chance it will get a floor vote as Congress is consumed by other issues ahead of the midterm elections.

Part of the GAME Act is now moot, since it would have allowed states to offer legalized sports betting. But it would also mandate consumer protections, including a ban on underage betting and establish safeguards against compulsive gambling.

"I don't see Frank Pallone's bill as a relevant piece of legislation," said Wallach, a partner at Becker & Poliakoff. "There has been significant movement on the state level with no corresponding movement on the federal level. I think what we will see is a new bill coming out of one of the committees, maybe even his committee (Energy and Commerce)."

Minutes after the Supreme Court's ruling was released, Pallone used the decision to again tout the GAME Act.

"Now that the Supreme Court has struck down this unlawful and confusing law, it is time for Congress to move the GAME Act forward to ensure that consumer protections are in place in any state that decides to implement sports betting,” Pallone said in a statement.

How soon could a new federal law be in place?

Wallach said federal legislation – especially in a gridlocked environment on Capitol Hill –could come well after many states have already started taking bets and likely after the midterm elections.

"At some point, if the legislation starts to diverge from state to state and, more importantly, the leagues don't get what they want at the state level, I think you will see Congress jump into the fray and pass some kind of legislation to create more uniformity across the country," Wallach said.