See video of raid on ISIS leader's compound in Syria, US says al-Baghdadi buried at sea

U.S. forces raided the compound in northwestern Syria on Saturday. There were no U.S. casualties. 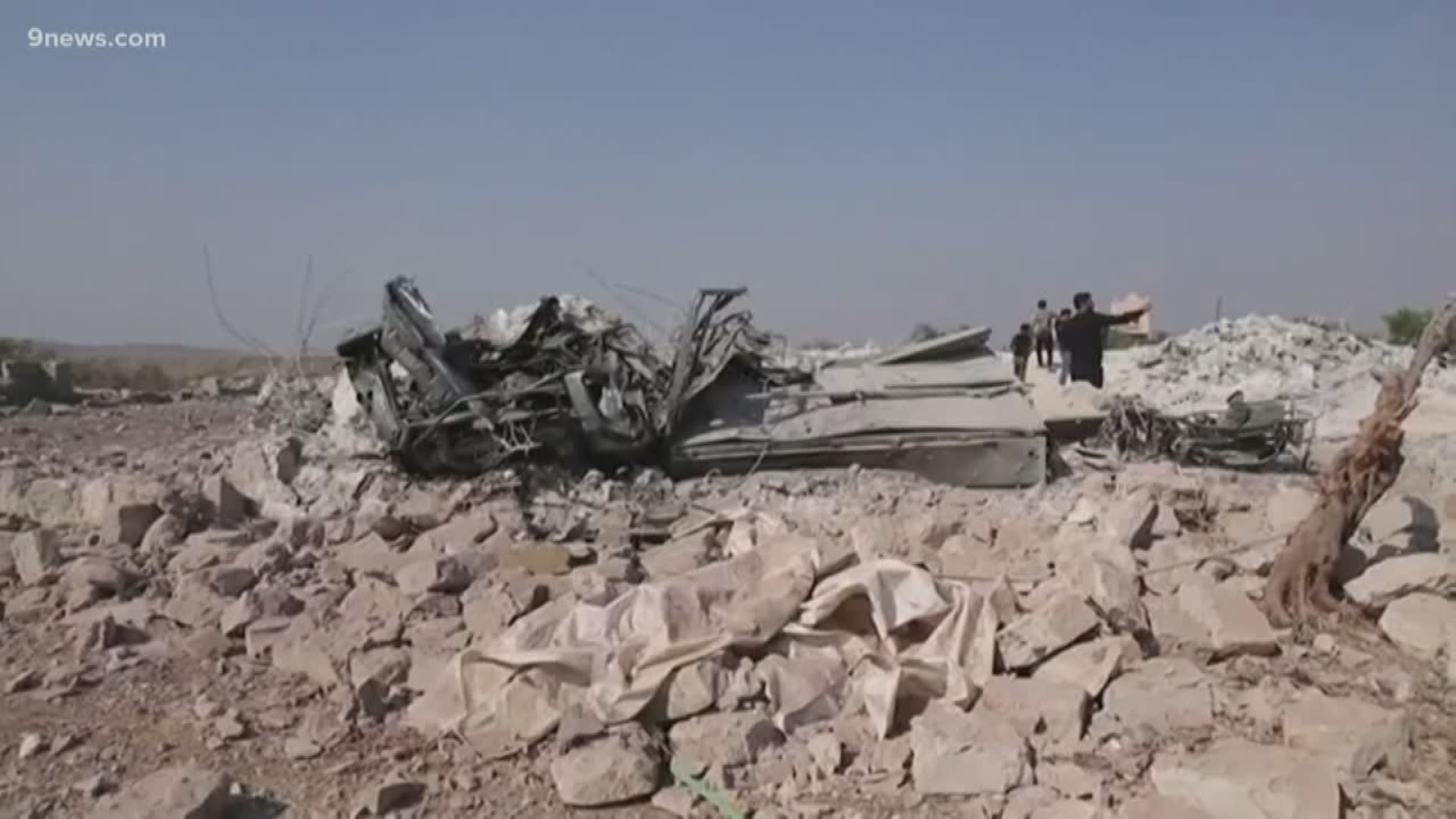 WASHINGTON — The head of United States Central Command says Islamic State leader Abu Bakr al-Baghdadi was buried at sea after a weekend raid on his compound.

Gen. Frank McKenzie told reporters Wednesday that al-Baghdadi died after he exploded a suicide vest just before U.S. troops were going to capture him.

McKenzie says two children were killed in the explosion set off by the Islamic State leader.

The U.S. said earlier that three children were killed.

U.S. forces raided the compound in northwestern Syria on Saturday. There were no U.S. casualties.

U.S. Central Command released a video on Twitter Wednesday showing black and white night vision aerial images of the operation. The images show the compound where fighters, they say fighters from two locations began firing on U.S. aircraft, according to General Frank McKenzie.

A U.S. counterterrorism official says he expects a new Islamic State leader to emerge after the death of Abu Bakr al-Baghdadi and warns that the extremist group's planning of major attacks probably will go on as before.

"The ideology continues, the resonance continues, and that is a strategic concern for us," Russell Travers, the acting director of the National Counterterrorism Center, said at a congressional hearing on global threats.

Travers says the killing of IS leader al-Baghdadi by U.S. forces in Syria on Saturday was a "significant" development. But he says that IS, which once controlled a large swath of Iraq and Syria, has a "deep bench" of figures who could replace al-Baghdadi.