US manufacturing bounces back in June on reopenings

New orders, production, hiring and new export orders all jumped in June, after they all declined in May but at a slower pace than in April. 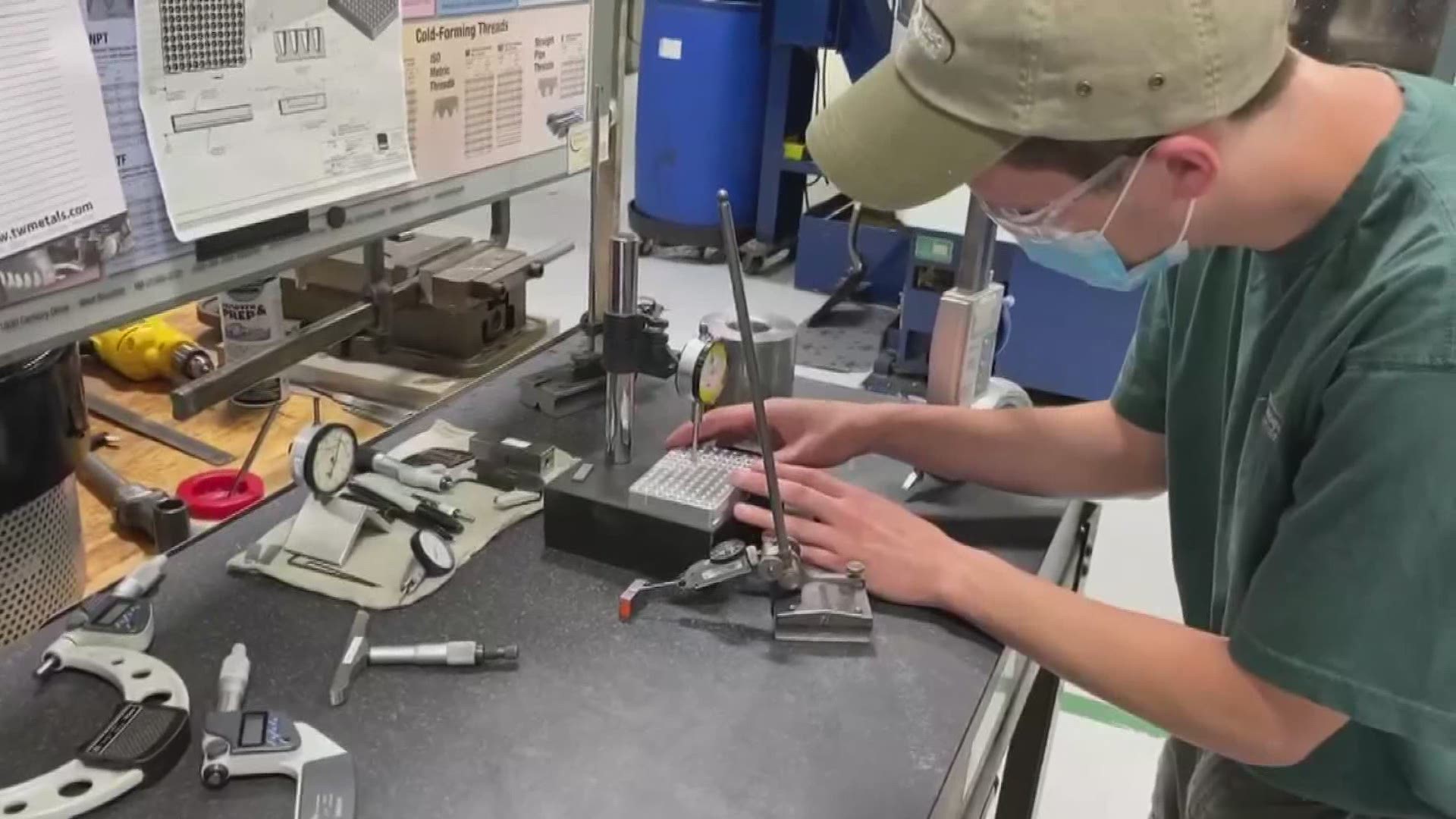 SILVER SPRING, Md. — U.S. manufacturing rebounded in June as major parts of the country opened back up, ending three months of contraction in the sector caused by the coronavirus pandemic.

The Institute for Supply Management, an association of purchasing managers, said Wednesday that its manufacturing index rose to 52.6 last month after registering 43.1 in May and 41.5 in April. Any reading below 50 signals that U.S. manufacturers are contracting.

New orders, production, hiring and new export orders all jumped in June, after they all declined in May but at a slower pace than in April.

“As predicted, the growth cycle has returned after three straight months of COVID-19 disruptions,” said Timothy Fiore, chair of ISM manufacturing index committee. “Demand, consumption and inputs are reaching parity and are positioned for a demand-driven expansion cycle as we enter the second half of the year.”

However, just as the June numbers reflect the broader economic improvements as major parts of the country opened up for business, a spike in coronavirus cases in high-population states like California, Florida and Texas is a cause for concern.

Gregory Daco, chief economist at Oxford Economics, said that while the June report was positive, weak demand, lingering supply chain disruptions and high uncertainty, among other factors, could make for a sluggish recovery.

Credit: AP
FILE - In this Wednesday, May 13, 2020 file photo, Ford Motor Co. employees work a ventilator at the Rawsonville plant in Ypsilanti Township, Mich. The plant was converted into a ventilator factory, as hospitals battling the coronavirus report shortages of the life-saving devices. According to the Institute for Supply Management, U.S. manufacturing rebounded in June 2020 as major parts of the country opened back up, ending three months of contraction in the sector caused by the coronavirus pandemic. (AP Photo/Carlos Osorio)

“Further, with the number of coronavirus cases now rising in many parts of the country, including several states where manufacturing activity is concentrated, the nascent recovery risks being curtailed by the re-imposition of lockdowns,” Daco said.

Of the 18 manufacturing industries 13 reported growth in June. Among the six biggest industry sectors, food, beverage and tobacco performed the best, while computer and electronics and chemical returned to growth. Transportation equipment and fabricated metal products still contracted, “but at much softer levels,” Fiore said.

Comments from the panel in this month’s survey were more positive than cautious, reversing the trend that started in March when the coronavirus outbreak effectively shuttered the U.S. economy.

Last week, the Commerce Department reported that orders to American factories for big-ticket goods rebounded by more than expected last month as the U.S. economy began to slowly reopen. Orders for manufactured goods meant to last at least three years shot up 15.8% in May after plunging 18.1% in April and 16.7% in March as the global economy came to a standstill.

Manufacturing was slumping even before the virus outbreak paralyzed the economy in March. The ISM manufacturing index has signaled contraction in eight of the last 11 months. President Donald Trump’s trade war with China had raised costs and created uncertainty that curbed investment, causing the world economy to lose some momentum.