US grounds 737 MAX 8 and 9 planes after Ethiopia crash 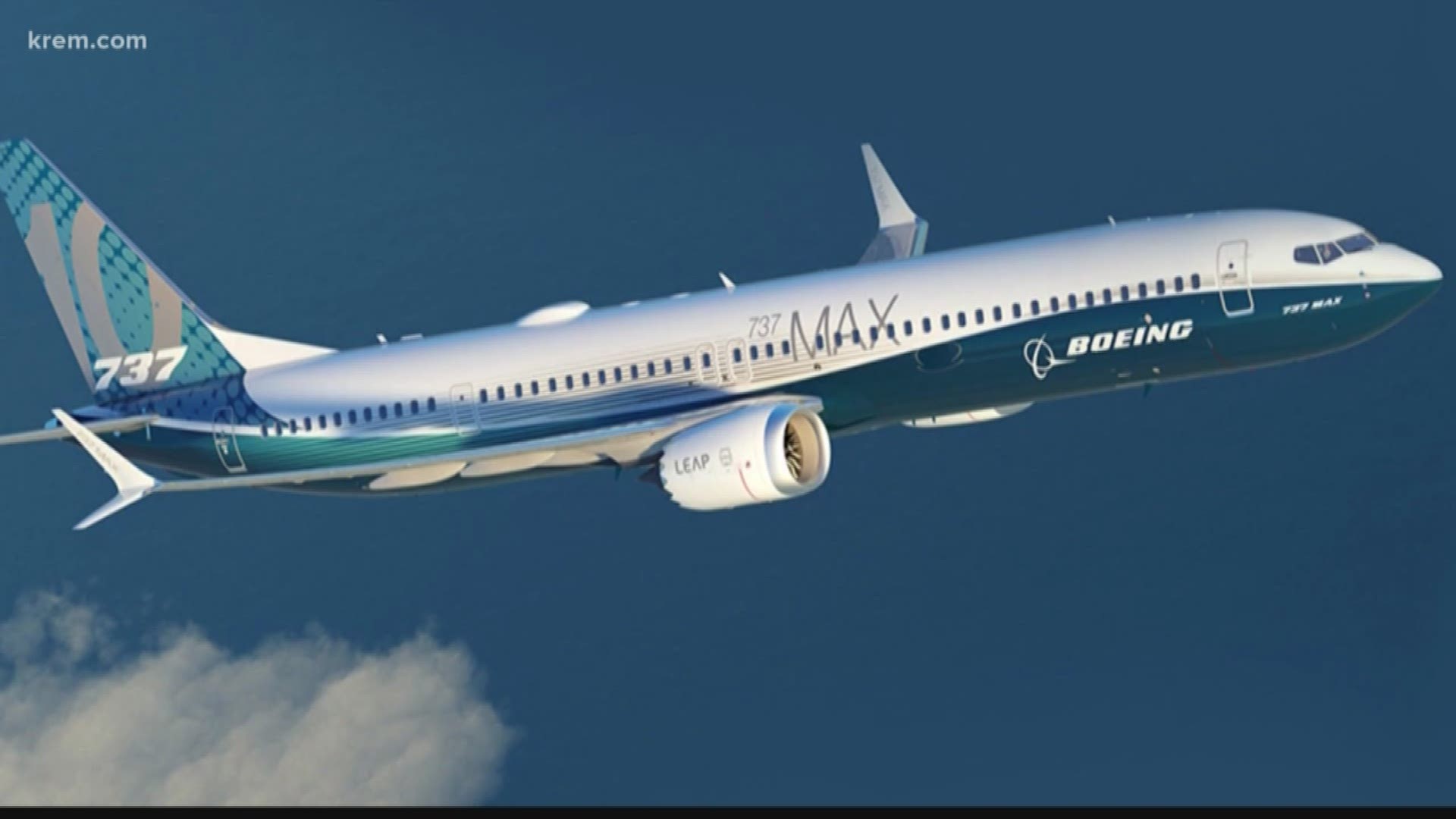 WASHINGTON — The Federal Aviation Administration issued an emergency order Wednesday grounding all Boeing 737 Max aircraft in the wake of a crash of an Ethiopian airliner that killed 157 people, a reversal for the U.S. after federal aviation regulators had maintained it had no data to show the jets are unsafe.

The decision came hours after Canada joined some 40 other countries in barring the Max 8 from its airspace, saying satellite tracking data showed possible but unproven similarities between the Ethiopian Airlines crash and a previous crash involving the model five months ago. The U.S., one of the last holdouts, also grounded a larger version of the plane, the Max 9.

Daniel Elwell, acting head of the FAA, said enhanced satellite images and new evidence gathered at the crash site led his agency to ground the jets.

The data, he said, linked the behavior and flight path of Ethiopian Airline's Max 8 to data from the crash of a Lion Air jet that plunged into the Java Sea and killed 187 people in October.

"Evidence we found on the ground made it even more likely that the flight path was very close to Lion Air's," Elwell told reporters on a conference call Wednesday.

Elwell said he couldn't detail what was found on the ground because the investigation is in its early stages and is continuing.

The Ethiopian plane's flight data and voice recorders will be sent to France for analysis, Elwell said. Some aviation experts have warned that finding answers in the crash could take months.

RELATED: Boeing 737 MAX 8 by the numbers

President Donald Trump, who announced the grounding and had received assurances Monday from Boeing CEO Dennis Muilenburg that the Max aircraft was sound, said the safety of the American people is of "paramount concern."

Trump said any plane currently in the air will go to its destination and then be grounded, adding that pilots and airlines have been notified.

Boeing issued a statement saying it supported the FAA's decision even though it "continues to have full confidence in the safety of the 737 MAX." The company also said it had itself recommended the suspension of the Max fleet after consultations with the FAA and the National Transportation Safety Board.

"We are supporting this proactive step out of an abundance of caution," Boeing said.

The groundings will have a far-reaching financial impact on Boeing, at least in the short term, said John Cox, a veteran pilot and CEO of Safety Operating Systems.

In addition to those that have already been grounded, there are more than 4,600 Boeing 737 Max 8 planes on backlog that are not yet delivered to airlines.

"There are delivery dates that aren't being met, there's usage of the aircraft that's not being met, and all the supply chain things that Boeing so carefully crafted," Cox said. "If they can't deliver the airplanes, where do they put the extra engines and the extra fuselage and the extra electrical components?

"All of those things are going to continue to show up but they're not going to be able to deliver the airplanes, so it has a very far reaching effect to many, many different organizations."

Even so, Cox thinks Boeing will recover, because the planes typically fly for 30 to 40 years, and any needed fix will be made quickly, he said.

In making the decision to ground the Max 8s in Canada, Transport Minister Marc Garneau said a comparison of vertical fluctuations found a "similar profile" between the Ethiopian Airlines crash and the Lion Air crash. Garneau, a former astronaut who flew in the space shuttle, emphasized that the data is not conclusive but crossed a threshold that prompted Canada to bar the Max 8.

"So, if we look at the profile, there are vertical fluctuations, in the vertical profile of the aircraft and there were similarities in what we saw," Garneau said. "But I would repeat once again. This is not the proof that is the same root problem. It could be something else."

Canada lost 18 of its citizens in Sunday's crash, the second highest number after Kenya. A Canadian family of six were among the dead.

RELATED: Pilots have reported issues in US with new Boeing jet on at least two flights

Lebanon and Kosovo also barred the Boeing 737 Max 8 from their airspace Wednesday, and Norwegian Air Shuttles said it would seek compensation from Boeing after grounding its fleet. Egypt banned the operation of the aircraft. Thailand ordered budget airline Thai Lion Air to suspend flying the planes for risk assessments. Lion Air confirmed reports it has put on hold the scheduled delivery of four of the jets.

The growing number of countries joining the ban put the FAA in a difficult position, said Peter Goelz, a former managing director of the NTSB who is now an aviation consultant. He said the FAA, which certified the 737 Max as airworthy and has been the lead regulatory body for the airplane, prides itself on making data-driven decisions and not based on "anecdotes or political pressures."

Goelz said Trump likely was feeling pressure from Congress and the public to step in.

"There's probably nobody in the administration who's got more of a sensitive ear to cable television," said Goelz.

The FAA is also certain to be looking into anonymous reports from at pilots of at least two U.S. flights who wrote about problems last year in a NASA database, Goelz said.

The pilots reported that an automated system seemed to cause their Boeing 737 Max 8 planes to tilt down suddenly. The pilots said that soon after engaging the autopilot, the nose tilted down sharply. In both cases, they recovered quickly after disconnecting the autopilot.

After Trump's announcement, American Airlines said its "teams will make every effort to rebook customers as quickly as possible."

United Airlines, which grounded its 14 Max planes, said the aircraft account for roughly 40 flights per day. Through a combination of spare aircraft and rebooking customers, the airline did not anticipate a significant operational impact.

Southwest Airlines said it immediately complied with the order and removed its 34 Max 8 from scheduled service. The airline said the Max 8 planes account for less than 5 percent of the airline's daily flights, adding that it remains confident in the airliner after completing more than 88,000 flight hours over 41,000 flights, but that it supports the FAA's decision. 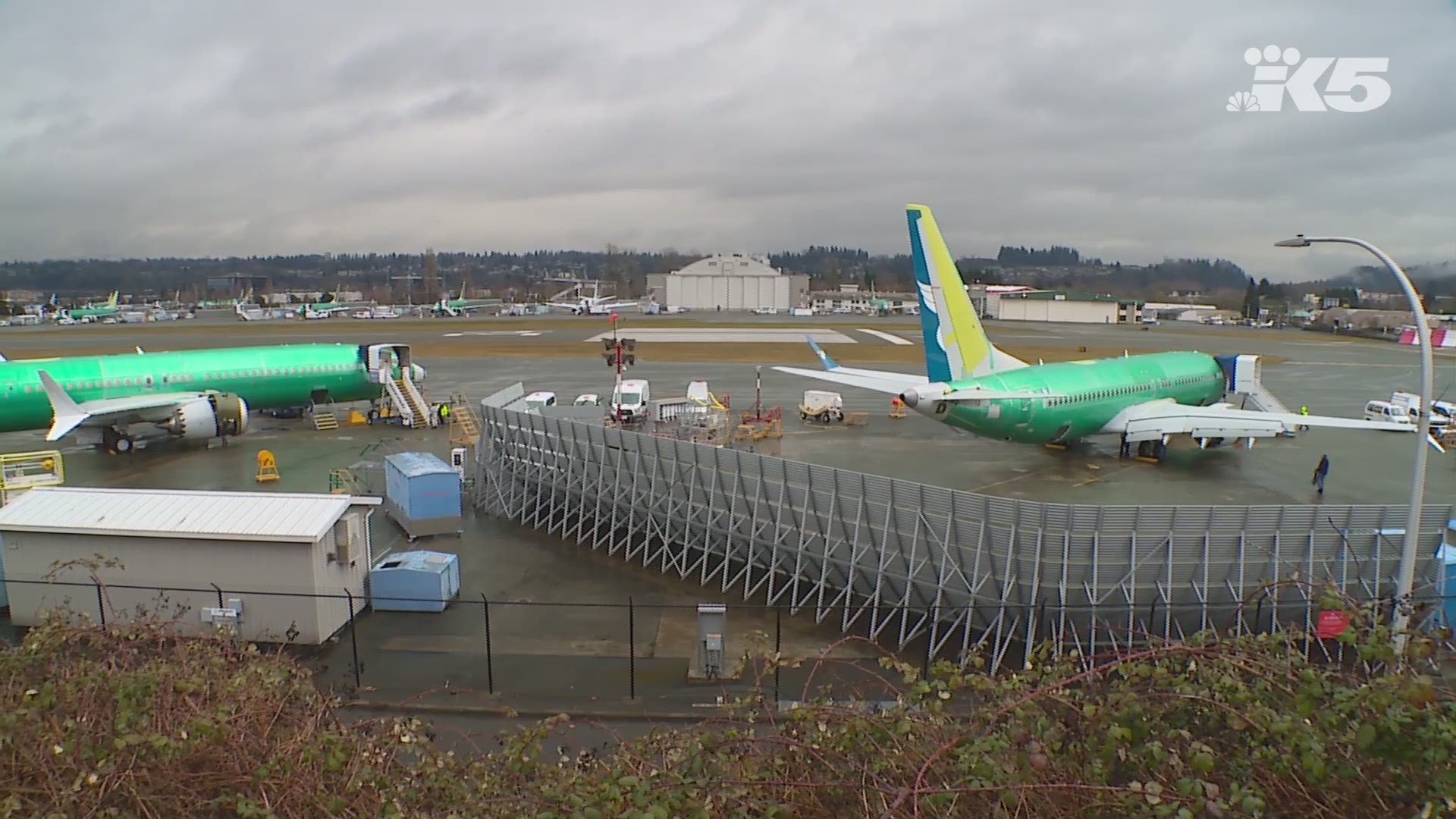 Boeing's technical team joined U.S., Israeli, Kenyan and other aviation experts in the investigation of the Ethiopian Airline crash, led by Ethiopian authorities.

An Ethiopian pilot who saw the crash site minutes after the disaster told AP that the plane appeared to have "slid directly into the ground."

"In addition to the basic trainings given for 737 aircraft types, an additional training was given for the Max version," Tewolde told state news reporters. "After the Lion Air crash, questions were raised, so Boeing sent further instructions that it said pilots should know."

Tewolde said he is confident the "investigation will reveal that the crash is not related to Ethiopian Airlines' safety record."

Forensic DNA work for identifications of the remains recovered so far has not yet begun, Asrat said. The dead came from 35 countries.