Churches jump into action with threat of immigration sweeps

As a nationwide immigration crackdown loomed, religious leaders across the country used their pulpits Sunday to quell concerns and help those potentially threatened. 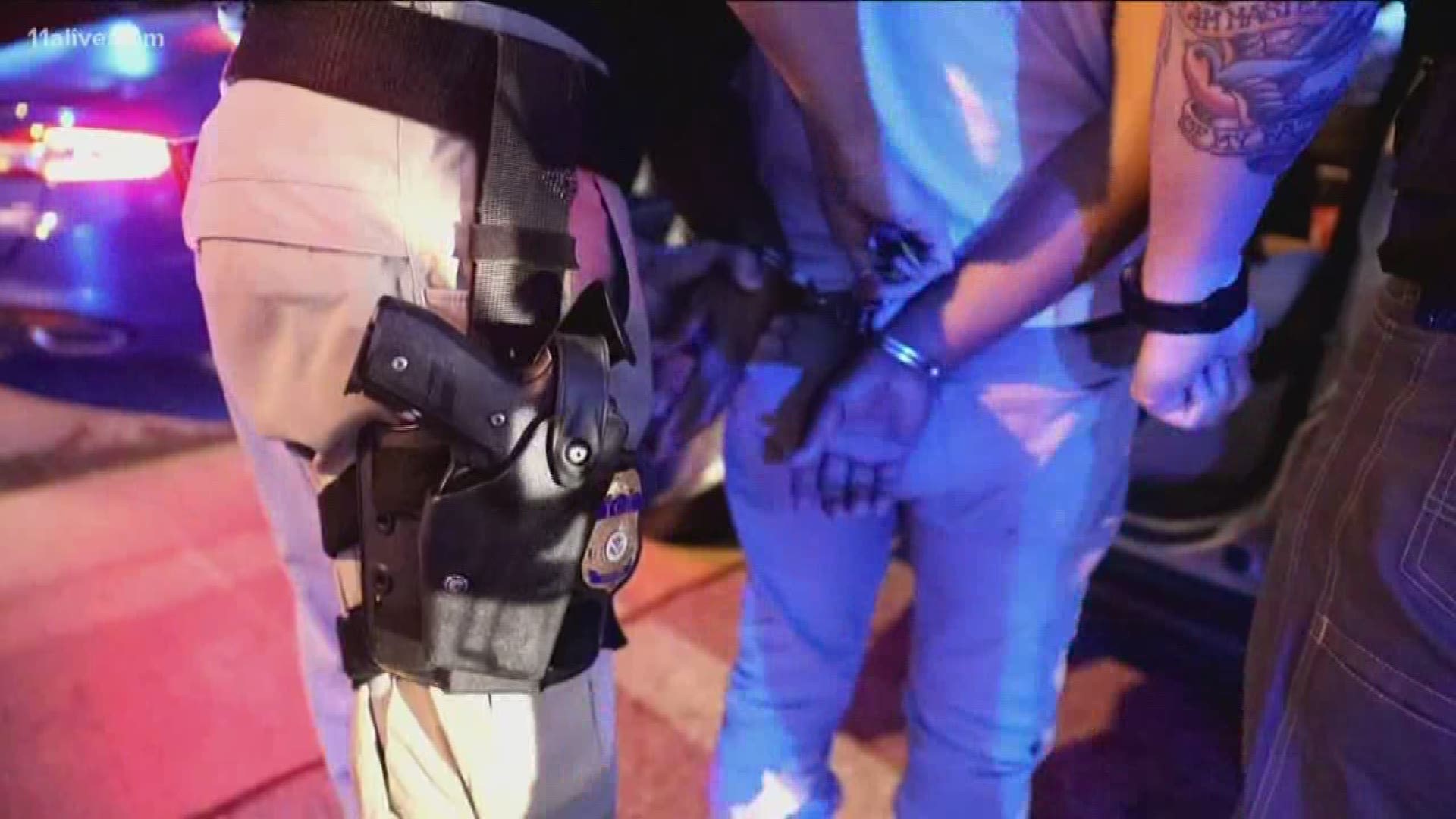 CHICAGO — As a nationwide immigration crackdown loomed, religious leaders across the country used their pulpits Sunday to quell concerns in immigrant communities and spring into action to help those potentially threatened by the operation.

A Chicago priest talked during his homily about the compassion of a border activist accused of harboring illegal immigrants, while another city church advertised a "deportation defense workshop." Dozens of churches in Houston and Los Angeles offered sanctuary to anyone afraid of being arrested. In Miami, activists handed out fliers outside churches to help immigrants know their rights in case of an arrest.

"We're living in a time where the law may permit the government to do certain things but that doesn't necessarily make it right," said the Rev. John Celichowski of St. Clare de Montefalco Parish in Chicago, where the nearly 1,000-member congregation is 90 percent Hispanic and mostly immigrant.

While federal immigration officials were mum on details, agents had been expected to start a coordinated action Sunday targeting roughly 2,000 people, including families, with final deportation orders in 10 major cities, including Chicago, Los Angeles, New York and Miami.

RELATED: Bottoms suggests those in fear of ICE raids stay inside on Sunday

Credit: AP
People holds hands as they chant at a rally before the start of a march in opposition to the Trump administration's plans to continue with raids to catch immigrants in the country illegally, Sunday, July 14, 2019, in the Queens borough of New York. (AP Photo/Julius Constantine Motal)

Activists and city officials reported some U.S. Immigration and Customs Enforcement activity in New York and Houston a day earlier, but it was unclear if it was part of the same operation. The Houston advocacy group FIEL said two people were arrested there Saturday. New York City Mayor Bill de Blasio confirmed there were three incidents involving ICE on Saturday, but agents didn't succeed in rounding up residents. Speaking at a news conference Sunday in New York, de Blasio called the operation "a political act" by President Donald Trump that had nothing to do with enforcing the law.

Acting Homeland Security Secretary Kevin McAleenan would not answer questions about the operation at an unrelated briefing in Washington on Sunday on the emergency management response to Hurricane Barry.

The renewed threat of mass deportations has put immigrant communities even more on edge since Trump took office on a pledge to deport millions living in the country illegally. While such enforcement operations have been routine since 2003, Trump's publicizing its start, and the politics surrounding it, are unusual. Trump first announced the sweeps last month then delayed to give lawmakers a chance to address the southern border.

With Sunday as the anticipated start, churches have been trying to strategize a response.

Cardinal Blase Cupich, the archbishop of Chicago, wrote a letter to Archdiocese priests this month saying, "Threats of broad enforcement actions by ICE are meant to terrorize communities." He urged priests in the Archdiocese — which serves over 2 million Catholics — not to let any immigration officials into churches without identification or a warrant.

The Rev. Robert Stearns, of Living Water in Houston, organized 25 churches in the city to make space available to any families who wanted to seek sanctuary while they sorted out their legal status. A dozen churches in the Los Angeles areas also declared themselves sanctuaries.

The early morning crowd for Spanish-language Mass was only slightly less than usual at St. Clare de Montefalco, where stacks of paper advising immigrants of their rights during immigration arrests sat on card tables outside the sanctuary. Multiple attendees, seemingly nervous about the threatened sweeps, declined interviews.

Another Chicago church run by vocal immigrant rights advocates reported a big drop in attendance, however.

Nearly all congregants at Adalberto United Methodist are living in the country illegally, and the Rev. Emma Lozano attributed the large number of no-shows to fear. She said street vendors who sell food outside the church also were absent. She invited the Rev. Jesse Jackson to speak to attendees and hosted a workshop for immigrants, declaring it a "day of faith and resistance."

But that didn't stop Doris Aguirre, who is from Honduras and has a final deportation order, from attending.

She said she will keep fighting her case and for her family, who have mixed citizenship status. Her husband is a naturalized U.S. citizen from Mexico, her son, born in Honduras, has protection from deportation through an Obama-era program for young people, and her daughter, 17-year-old Izaithell Aguirre, was born in the U.S.

The teenager said she worried about her mom.

"I shouldn't let that stop me from doing what I normally would do. I still have to live my life," she said. "We don't want to let all those rumors and news get to us."

In Los Angeles, the Rev. Fred Morris looked out over his congregation at the North Hills United Methodist Hispanic Mission and was relieved to see everyone who usually attends the early Sunday morning service. He had worried many would stay home, fearing Trump's threat of immigration sweeps.

"Everybody is nervous," Morris said. "They are angry, very angry at being terrorized by our president."