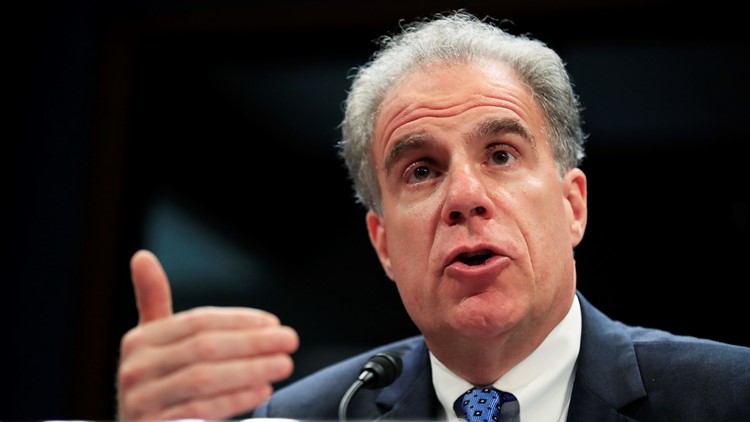 A watchdog report on the Russia probe finds no evidence of political bias, despite performance failures, according to a summary obtained by The Associated Press.

The report revealed for the first time that the FBI sent an informant to record a conversation with a "high-level" campaign official who was not a subject in the probe. The official was not named, according to the Associated Press.

Trump tweeted Sunday: “I.G. report out tomorrow. That will be the big story!”

In response to the Inspector General report, FBI Director Christopher Wray said the "findings and recommendations represent constructive criticism that will make us stronger as an organization." Wray added that he has ordered more than 40 "corrective steps" to address the recommendations from the report.

While Trump and Republicans are likely to use any flaws in the investigative process as grounds for saying the probe was illegitimate from the start, AP reports Horowitz is not expected to concur that Trump was targeted by the Justice Department under Obama

The report is also not expected to question the results of the Mueller investigation. And it's not expected to diverge from the finding that the Russia interfered in the 2016 election, according to the Associated Press -- a finding supported by Mueller, the U.S. intelligence community and the Republican-led Senate Intelligence Committee.

Attorney General William Barr, who was appointed by Trump shortly before the Mueller probe concluded, told Congress earlier this year he believed there was "spying" on the Trump campaign. It's not clear how he will respond to the Horowitz report.

In the meantime, Barr is leading an internal probe of the Justice Department that is more criminal in nature. Republicans reportedly hope it will uncover things Horowitz did not examine.