The legislation is a cornerstone of Biden's domestic agenda that would direct government money at helping families and combatting climate change. 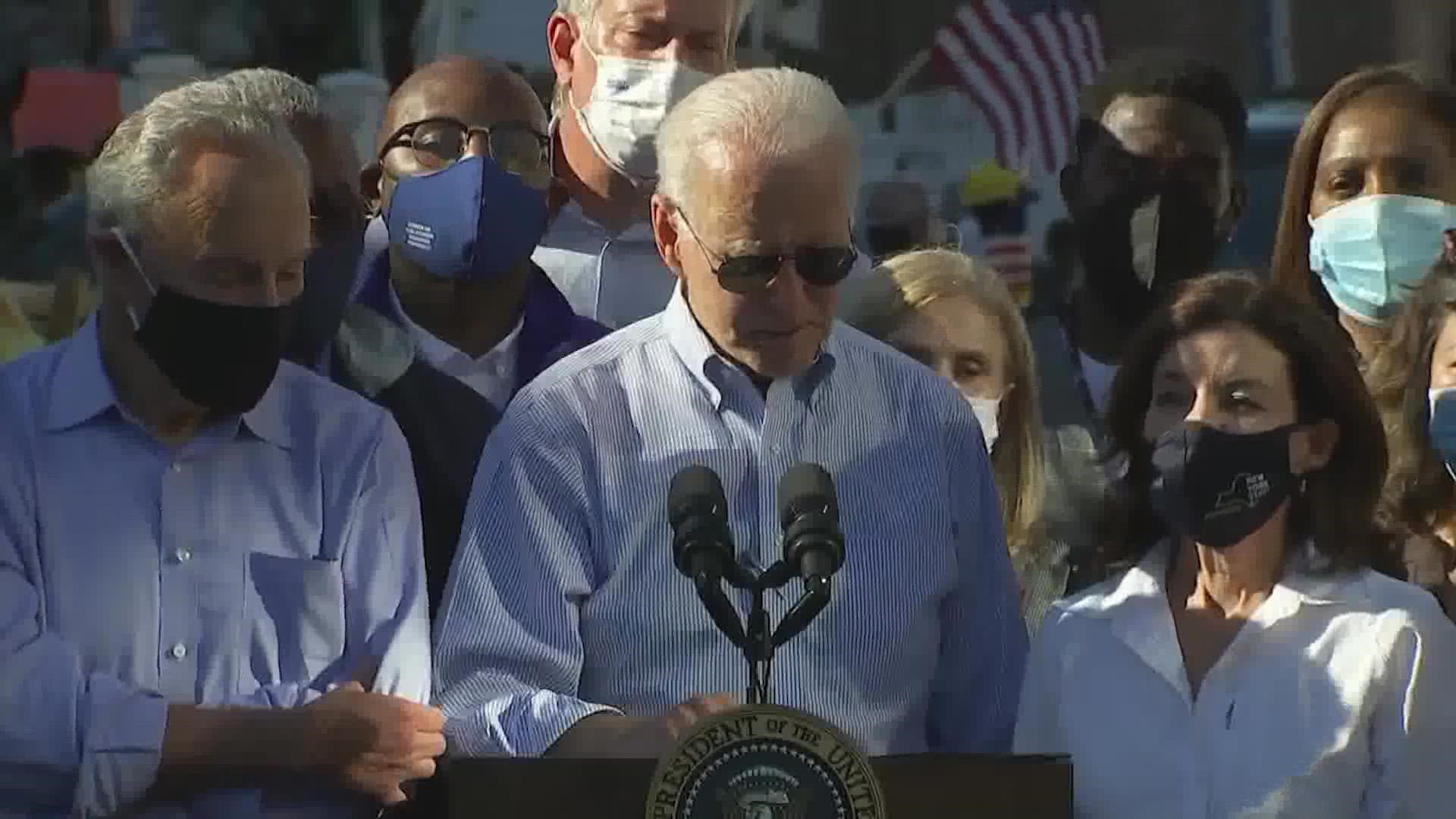 The leaders seemed to suggest what many lawmakers and analysts have long predicted and progressives fear — satisfying moderates may well require shrinking the measure, perhaps by hundreds of billions of dollars. They spoke as 13 House committees have begun writing pieces of the bill, an initial step leaders hope to complete by next week.

"We will have our negotiations," House Speaker Nancy Pelosi, D-Calif., told reporters, saying her chamber would produce "a great bill that honors the values of the president." She added, "I don't know what the number will be."

Asked separately if he would back a less costly measure, Senate Majority Leader Chuck Schumer, D-N.Y., said, "We're going to all come together to get something big done. And second, it's our intention to have every part of the Biden plan in a big and robust way."

The emerging, massive legislation is a cornerstone of Biden's domestic agenda that would direct much of the government's fiscal might at helping families and combatting climate change. Democrats hope to finance much of it by increasing taxes on the wealthy and corporations, another sore point for moderates, to address income inequality between rich and lower-earning people and reduce the measure's hit on the soaring national debt.

Pelosi also said Democrats will pay for "more than half, maybe all of the legislation." That's noteworthy because Biden and Democratic leaders have said it would be fully paid for, an uphill climb because of opposition from moderates facing tight 2022 reelection bids who are wary of Republican campaign attacks.

In a taste of that, Republicans on the tax-writing House Ways and Means Committee said Democrats' plans would raise taxes on many small businesses, people inheriting family farms and others. Biden and other Democrats have said families earning under $400,000 would not see tax increases.

"American families and Main Street businesses will be left shouldering the burden of these devastating tax hikes," said the GOP statement.

At a White House event for labor unions, Biden said his policies are anchored on shifting more economic power to workers and away from businesses. He said core elements of his agenda like the expanded child tax credit would reduce taxes for millions of U.S. households.

"Everybody talks about my child tax credit. It is a tax cut for ordinary folks," he said.

To send the sprawling measure to Biden, his party will have to practically run the table in a House where they can lose no more than three votes and a 50-50 Senate where they need support from every Democrat. Some party moderates — most notably Sens. Joe Manchin of West Virginia and Arizona Sen. Kyrsten Sinema — have said $3.5 trillion is too high.

Without mentioning any lawmakers by name, Pelosi aimed pressure at Democrats who've lambasted the cost.

"We have to talk about, 'What does it take? Where would you cut?'" she said, listing proposed initiatives for child care, paid family and medical leave, home health care and free pre-school. "I hope that as people are looking at numbers, that they're weighing the values and what we can accomplish with that legislation."

Manchin wrote in The Wall Street Journal this month  that Congress should "pause" its work on the huge spending and tax package to better assess its impact on inflation and federal debt. "I have always said if I can't explain it, I can't vote for it, and I can't explain why my Democratic colleagues are rushing to spend $3.5 trillion," he wrote.

The news organization Axios, citing unidentified sources, reported Wednesday that Manchin has told White House officials that he will support a measure costing no more than $1.5 trillion, a slash that would infuriate progressives. Manchin spokesperson Sam Runyon said she could not confirm the comment.

"Manchin of course continues to be a very important partner to the president" and talks with him are "ongoing," said White House spokesperson Jen Psaki.

One way to trim the measure's cost while financing Biden's priorities would be to phase them in over several years. House Ways and Means Committee Chairman Richard Neal, D-Mass., has proposed expanding Medicare coverage to include vision, hearing and dental benefits but doing so gradually over time.

The House Education and Labor Committee released details Wednesday of its $761 billion slice of the overall bill, with votes likely Friday. It would finance free pre-kindergarten for 3- and 4-year-olds, two years of free community college and bulked up programs for food programs, job training and repairing public schools.