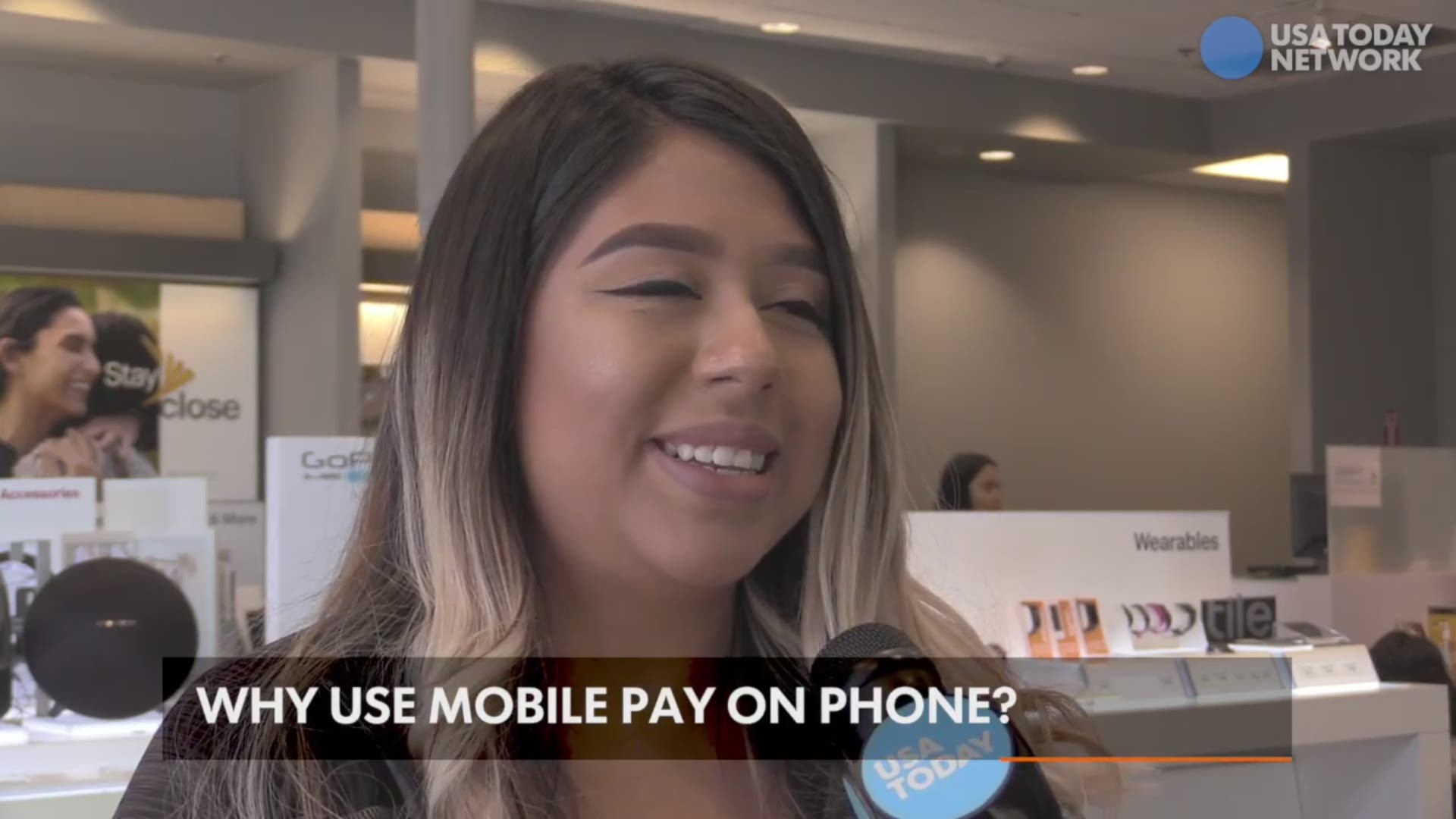 It’s beyond us why, in the age of really slow chip credit cards, people would want to use it, when your phone can probably do it faster, and safer.

Paying for stuff with your iPhone, Samsung Galaxy, Google Pixel or other models has yet to take off in a big way, despite its major conveniences, because people are sometimes resistant to new things and haven’t gone to the bother of setting it up on their phone. But they should.

With mobile pay set up on your phone, after registering your card with the device, you operate differently at the cash register. You don't have to reach in your wallet and pull out your credit card. Instead, just hold the phone that's probably already in your hand near the reader -- and you're done.

It's more secure than a credit card.

When you pull out your card and swipe in a public place, face it, you’re asking for trouble. For years, gas station pumps have been notorious for the ease of "skimmers," that can tap into your info after you've swiped your card.

But when you can just hold your phone over a card reader, you’ve got two steps of security. You have to authenticate the transaction with your thumb print, PIN or facial ID, something you never have to do with a physical credit card. Beyond the gas pump, when you go out to eat and pay the check by handing your card to the server, who takes off with the card and then returns later -- how do you know what's actually happened with your card. With mobile pay, you won't have to go there since your card never leaves your wallet.

Paying via mobile is faster than with a chip

We recently did a test at a local Subway restaurant in Los Angeles. The credit card swipe -- 12 seconds. Not exactly an eternity, but the Apple Pay terminal clocked in at 1 second.

We prefer the faster method. Now, let’s pay with the phone.

Left card at home? No problem.

You never have to worry about not being able to pay for something if you left your credit card at home. For most people, your phone is always by your side.

On the flip side, of course, lose your phone, you’re out of money. But most of us still have the physical credit card somewhere, so that’s on us.

Mobile pay is popular with people who use it, but it still accounted for just 1% of retail sales in 2017, according to Jordan McKee, an analyst with 451 Research. So it has a long, long way to go.

Beyond Costco, the 7-Eleven chain recently added mobile pay to its cash registers, and drugstore chain CVS is bringing it to stores in the fall. One caveat on Costco: You have to hand the cashier your membership card, which might be your Visa. There are still some convenience kinks to work out there. You might fare better with other retailers.

Still, if you like to save time and have a safer retail transaction, I suggest you give mobile pay a try.