8 children in camp van among 13 lives lost to Claudette

A major crash about 35 miles south of the Alabama capital took 10 lives Saturday. 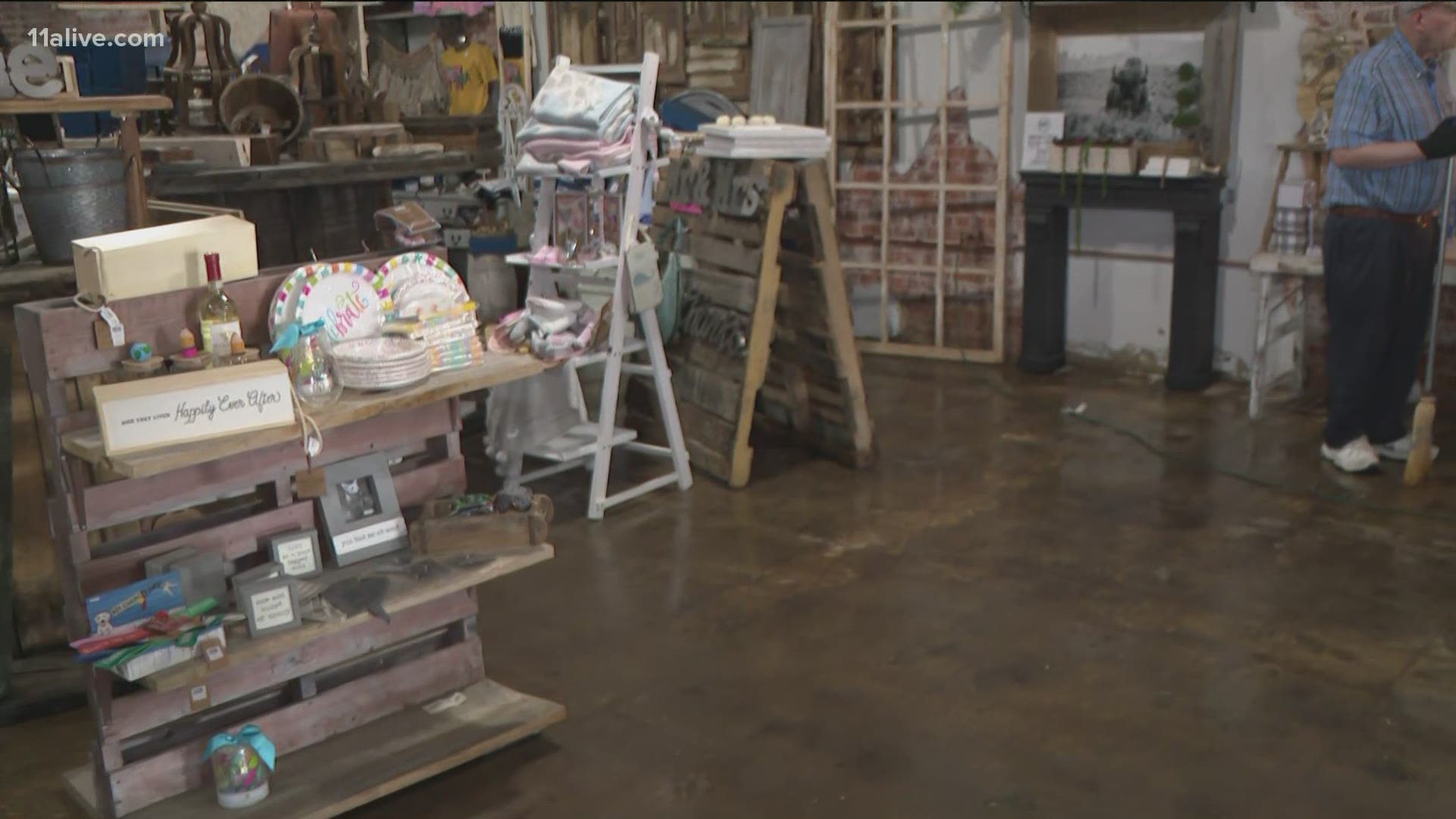 ATLANTA — Eight children in a van from a youth home for abused or neglected children were killed in a fiery multi-vehicle crash on a wet interstate that also killed a man and his baby in another vehicle, the most devastating blow from a tropical depression that claimed 13 lives in Alabama as it caused flash floods and spurred tornadoes that destroyed dozens of homes.

The van, containing children ages 4 to 17, belonged to the Tallapoosa County Girls Ranch, a youth home operated by the Alabama Sheriffs Association. Michael Smith, the youth ranches CEO, said the van was heading back to the ranch near Camp Hill, northeast of Montgomery, after a week at the beach in Gulf Shores. It caught fire after the wreck and Candice Gulley, the ranch director, was the van's only survivor — pulled from the flames by a bystander.

Gulley remained hospitalized Sunday in Montgomery in serious but stable condition. “She’s going to survive her physical injuries,” Smith said. Two of the dead in the van were Gulley’s children, ages 4 and 16. Four others were ranch residents and two were guests, Smith said.

“This is the worst tragedy I’ve been a part of in my life,” said Smith, who drove Sunday to the ranch to talk to the remaining residents, who had returned from Gulf Shores in a separate van and did not see the wreck.

“Words cannot explain what I saw,” Smith said of the accident site, which he visited Saturday. “We love these girls like they’re our own children.”

The crash also claimed the lives of two other people who were in a separate vehicle. Garlock identified them as 29-year-old Cody Fox and his 9-month-old daughter, Ariana, both of Marion County, Tennessee.

“He was a great guy and we’re really gonna miss him,” said Aaron Sanders, who worked with Fox at the emergency management agency in Marion County. He said Fox also ran a hot tub business with his father and doted on his daughter. “He just loved her to death and that was his life.”

Here's the current satellite view over the SE! The center of Tropical Depression Claudette can be seen spinning just west of Atlanta. As the depression moves ENE today central NC will see additional rounds of heavy rain, along with the chance for severe wx later today. #NCwx pic.twitter.com/T20cFAkm38

The National Transportation Safety Board tweeted that it was sending 10 investigators to the area Sunday to investigate the crash, photos of which showed at least four burned vehicles, including two large trucks. It said the inquiry would focus on vehicle technologies such as forward collision warning systems, fuel tank integrity and occupant survivability.

Meanwhile, a 24-year-old man and a 3-year-old boy were also killed Saturday when a tree fell on their house just outside the Tuscaloosa city limits, said Capt. Jack Kennedy of the Tuscaloosa Violent Crimes Unit. Makayla Ross, a 23-year-old Fort Payne woman, died Saturday after her car ran off the road into a swollen creek, DeKalb County Deputy Coroner Chris Thacker told WHNT-TV.

The deaths occurred as drenching rains from Tropical Depression Claudette pelted northern Alabama and Georgia late Saturday. As much as 12 inches (30 centimeters) of rain was reported earlier from Claudette along the Mississippi Gulf Coast.

WBRC-TV reported that search efforts were also under way for a man believed to have fallen into the water during flash flooding in Birmingham. Crews were using boats to search Pebble Creek.

Garlock said the location of the multi-vehicle wreck is “notorious” for hydroplaning, as the northbound highway curves down a hill to a small creek. Traffic on that stretch of I-65 is usually filled with vacationers driving to and from Gulf of Mexico beaches on summer weekends.

“Butler County has had one of the most terrible traffic accidents,” county Sheriff Danny Bond wrote on Facebook.

The Tallapoosa County school system said counselors would be available Sunday at the 225-student Reeltown High School, where some of the ranch residents were students. Smith said the ranch, which is Christian-based, would likely have a memorial service later, asking for prayers as he began to cry.

A GoFundMe account was set up for Tallapoosa County Girls Ranch to help offset the costs of funeral expenses, medical costs for the injured and counseling for those impacted.

Gulley had worked with children for years, beginning when she and her husband were house parents at the ranch for seven years.

“During those years, there have been 74 girls that have come through our house and called us mom and dad,” she told the Opelika-Auburn News in August 2019. She said she then became a relief parent, working on fundraising and being involved in the community, before she became the ranch director.

“My heart goes out to the loved ones of all who perished,” Alabama Gov. Kay Ivey said in a statement.

Claudette was beginning to re-strengthen late Sunday, with the National Hurricane Center reporting top winds at 35 mph (55 kph) in a nighttime advisory. The depression was expected to return to tropical storm status Monday over eastern North Carolina before heading out to sea in the Atlantic Ocean.

The center of Claudette’s disorganized circulation was located about 65 miles (100 kilometers) northeast of Columbia, South Carolina. It was moving east-northeast at 20 mph (31 kph), the National Hurricane Center said.

Aside from rainy weather, it seemed to be business as usual along North Carolina’s Outer Banks on Sunday.

At Ace Hardware in Avon, shift manager David Swartwood said they were preparing for whatever might come, but the overall sense was that it wouldn’t be that bad in that area. He said winds from the south don’t usually cause huge flooding problems, so “we don’t really anticipate any bad scenarios.”

“Everybody here has been through it many, many times, so we’re used to the drill,” he said. “We’ve been prepared.”

For the hardware store, he said, that means having supplies like flashlights, batteries, tarps, generators, ropes and sandbags on hand. As of Sunday morning, there wasn’t a huge rush.

“You keep your eye on the weather and you prepare as much stuff in advance as you can,” she said. “Just know she’s gonna win. Mother Nature is going to do what she’s going to do, so you just prepare.”