The suit alleges she was warned after telling management that 'if this went public, no one, I mean no one, would ever fly our airline again.' 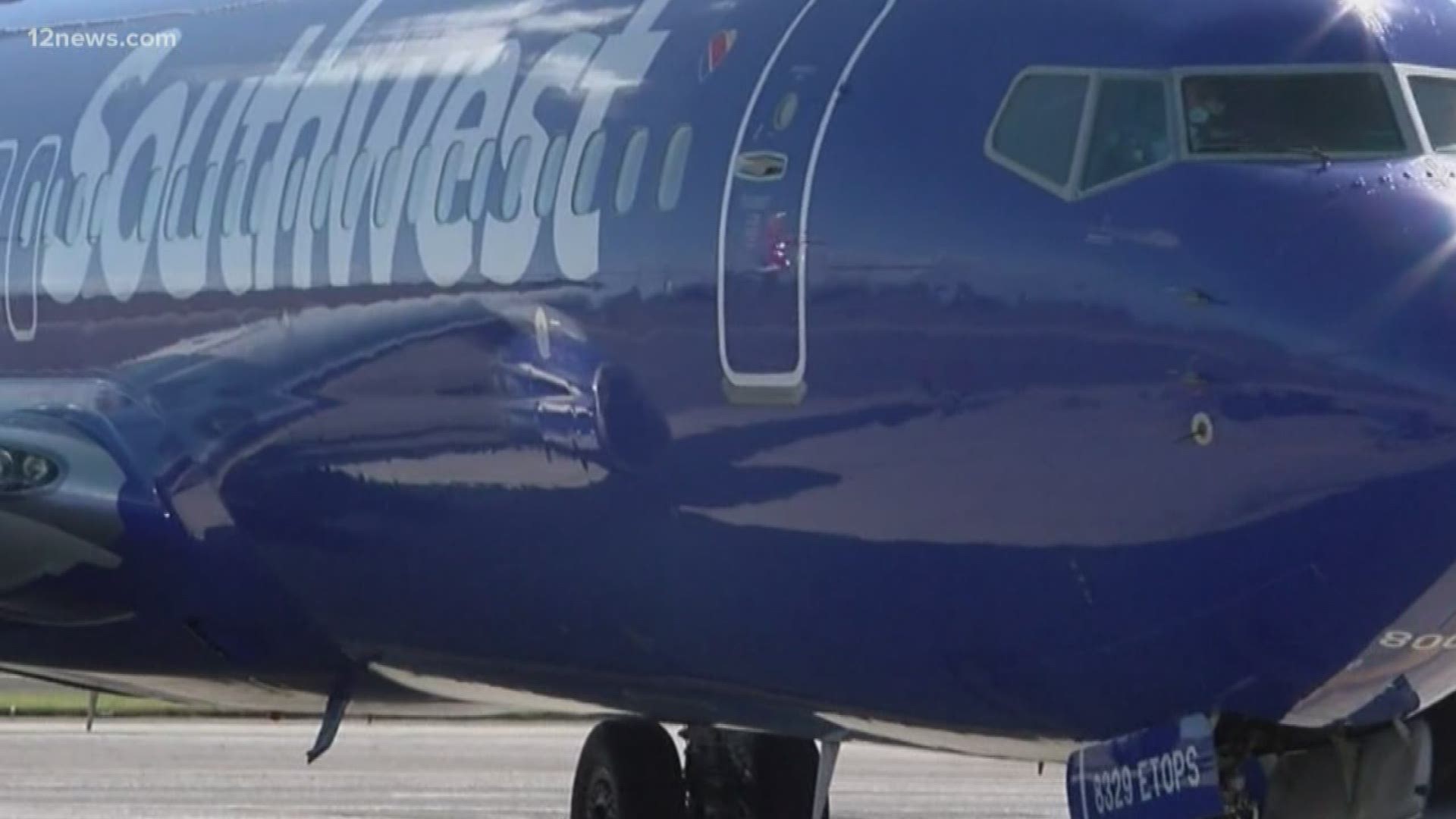 PHOENIX — A lawsuit filed against Southwest Airlines by a flight attendant alleges pilots on a 2017 flight had an iPad streaming video from a hidden camera in a bathroom in one of the airline's jets.

Southwest responded Saturday by denying it places cameras in aircraft lavatories and by calling the 2017 incident an "inappropriate attempt at humor" not condoned by the company.

The lawsuit alleges flight attendant Renee Steinaker saw an iPad streaming video from the plane's forward bathroom when she entered the cockpit to be the required second person in the cockpit when the pilot left to use the bathroom about 2½ hours into a Feb. 27, 2017, flight to Phoenix from Pittsburgh.

According to the suit, Steinaker saw the pilot in the streaming video on the iPad and the co-pilot "with a panicked look on his face" acknowledged that the iPad was streaming from a camera in the bathroom but asserted it was a "new security and top-secret security measure installed in all of Southwest's Boeing 737-800 planes."

The suit said Steinaker took a cellphone photo of the iPad video, provided the photo with a report to Southwest management and was warned by a supervisor to not tell anybody about the incident.

According to the suit, Steinaker was warned, "if this got out, if this went public, no one, I mean no one, would ever fly our airline again."

Court filings by attorneys for Dallas-based Southwest and the two pilots denied the livestreaming allegations, and Southwest on Saturday issued statements saying it will vigorously contest the suit and denying it places cameras in aircraft lavatories.

"When the incident happened two years ago, we investigated the allegations and addressed the situation with the crew involved," the company's second statement said. "We can confirm from our investigation that there was never a camera in the lavatory; the incident was an inappropriate attempt at humor which the company did not condone."

The suit against Southwest, a company known for its joking and irreverent behavior by flight crews, and the two pilots was announced Saturday by attorneys for Steinaker and her husband, also a Southwest flight attendant.

The suit was originally filed on behalf of the Steinakers, who live in metro Phoenix, in an Arizona state court in October 2018 and was moved in late August to federal court in Phoenix.

An attorney for the couple, Ronald L. M. Goldman, said the alleged livestreaming would compromise safety by distracting crew members and intrude on the privacy of those using the bathroom.

"The cockpit of a commercial airliner is not a playground for peeping toms," Goldman said in a statement.

An initial version of the suit alleged that both spouses experienced discrimination, harassment and retaliation in connection with Renee Steinaker's reporting of the in-flight incident.

No trial date has been set for the suit, which seeks specified awards based on various damages claims.

RELATED: Austin airport announces nonstop flights to Paris with tickets as low as $220