Should marijuana be legal? One mom smokes pot, the other is highly against it

Two mothers debate the use of recreational marijuana in California. 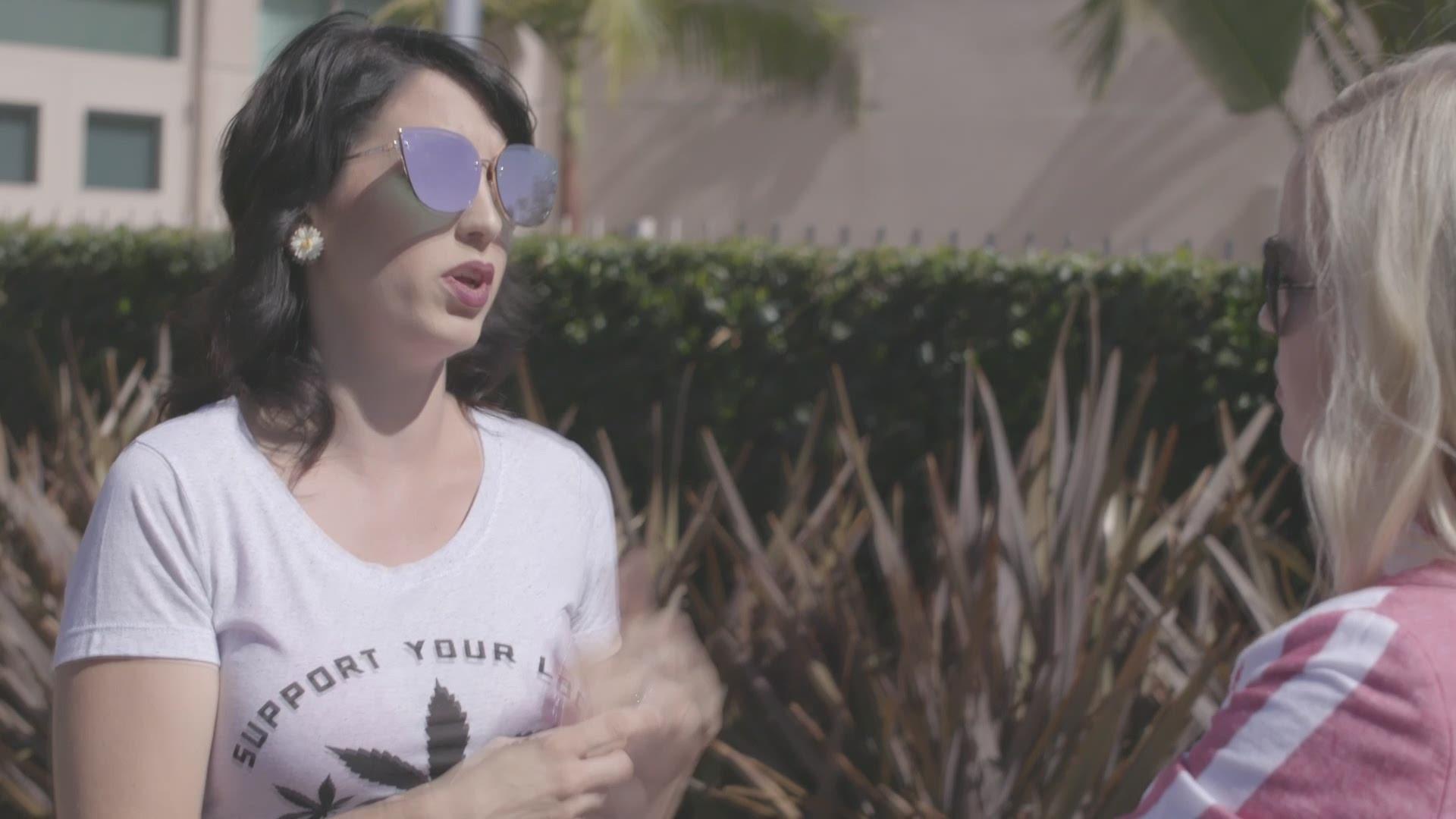 "An Imperfect Union" brings together two people on opposing sides of an issue. Watch the full episode every Wednesday at 8PM on Facebook Watch.

Brianna Sandoval is quick to challenge the stereotypes often associated with marijuana. She was 18 when she smoked her first joint and insists it’s only made her life better. Medically, Brianna has seen marijuana improve her IBS and anxiety, but the San Diego resident says it’s also made her a better mother.

“As a mom, I think for me, it’s helped to be more relaxed and focus on my kids and what I’m doing," Sandoval said.

Brianna lives in California, one of 10 states, along with the District of Columbia, where recreational pot is legal. She has plans to open a marijuana-related wedding business soon called “San Diego Weedings.” According to Brianna, the drug has also made her state a more enjoyable place to live.

“Everybody is so nice and happy. Nobody is getting in fights or trying to take each other on. It’s like a powwow."

Dana Stevens is a mother who is firmly against the use of recreational marijuana - especially when parenting. She’s apart of “Smart Approaches to Marijuana,” a bi-partisan group working to highlight the negative effects of legalization.

“I’ve seen what it’s done to a generation of young people and they reach a certain age in their life and kind of regret going down that road,” Dana said.

Dana likens the commercialization of the drug to the push made by big tobacco companies in the 1950s and 60s with cigarettes. Dana wants to see more scientific research done on the drug's effects and whether or not it's helpful or harmful.

“We’ve gotten ahead of what we can quantify. Let’s slow that process down a little bit. Let’s measure things."

Brianna and Dana meet at the Humane Society of San Diego to volunteer with the PAWS program. The two quickly bond over a love for their pets while separating bags of dog food for the less fortunate. Brianna and Dana, both open-minded, ask the other for their "stance on the matter."

To see how the conversation unfolds, watch the full episode on Facebook Watch.