Johnson and husband Andrew East have also kept their fans up to date on her pregnancy including a diagnosis that left them stunned and emotional. 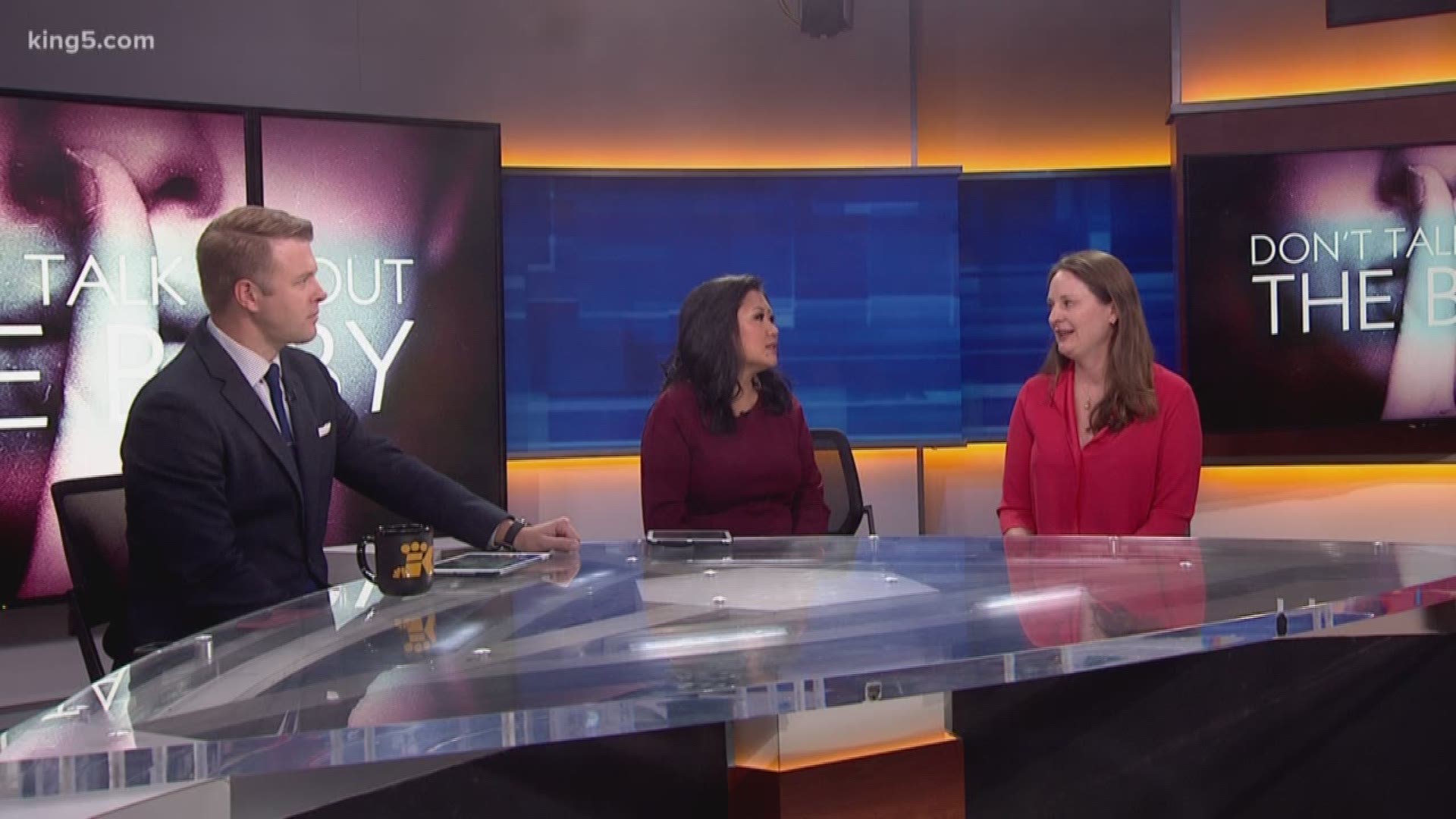 Two days before she's due to give birth to her "rainbow baby," decorated Olympic gymnast Shawn Johnson East took to social media to mark the second anniversary of a miscarriage.

Johnson, 27, posted a photo to Instagram Monday taken two years ago, with her husband Andrew East, holding a pair of baby shoes.

"2 years ago today our world was turned upside down when we lost our first pregnancy... 2 years later we are anxiously awaiting the arrival of our rainbow baby. Baby East, we can’t wait to meet you and pray for your safe delivery and arrival into our arms. @andrewdeast thank you for being my rock through it all. You’re going to be the greatest daddy ever. #throwback #pregnancy," Johnson wrote.

Johnson and East were candid about the miscarriage right after it happened. The couple, who said they were not trying to have a child at the time, posted a video on YouTube showing their journey from the excitement of learning Johnson was pregnant to the heartbreak of finding out within hours that there had been a miscarriage.

"The past 48 hours have been some of the happiest, scariest, and saddest times of my life. My husband Andrew and I found out that we were unexpectedly pregnant, only to find out hours later some tragic news. I have been crying more than I ever have, but am still optimistic for what is next," Johnson posted with the video.

The couple has been sharing the journey of Johnson's second pregnancy through social media.

They previously announced the baby was due Oct. 23. On Sunday, Johnson posted a photo of herself doing squats with a dumbbell in the hopes of encouraging the baby to come out.

"39 weeks... only squatting because I’ve been told it might help kick this little one out! I WANT TO MEET YOU!" Johnson wrote.

The couple also had some fun posting a video of their childbirth class, with advice on what the mother's partner should not say during the delivery.

RELATED: 'You think it's a reflection of you, something you did wrong' | Breaking the silence on miscarriage

But the current pregnancy has not been without its own complications. When the couple went for their 20-week ultrasound in July, they learned from doctors that the baby's kidneys were underdeveloped, dilated and retaining "a bunch of fluid," according to Johnson.

Johnson and East said they were told by the doctor that the two complications together could be a marker for Down Syndrome, a chromosomal anomaly.

Johnson expressed her frustration. Because she and East are self-described "control freaks," they wanted to know what she could do to help make sure the baby came out as healthy as possible. The doctor told them there was nothing they could do.

"That was the rudest awakening I think we've ever had in our lives," Johnson said.

"You are humbled by the fact you have no control over the formation of this baby and the health of this baby," East said. "That is what makes this whole thing so wonderful, but it's also what makes it so terrifying and this was a huge gut check for us because you never plan for an unhealthy baby."

The couple later learned that genetic testing on their baby came back negative for chromosomal anomalies.