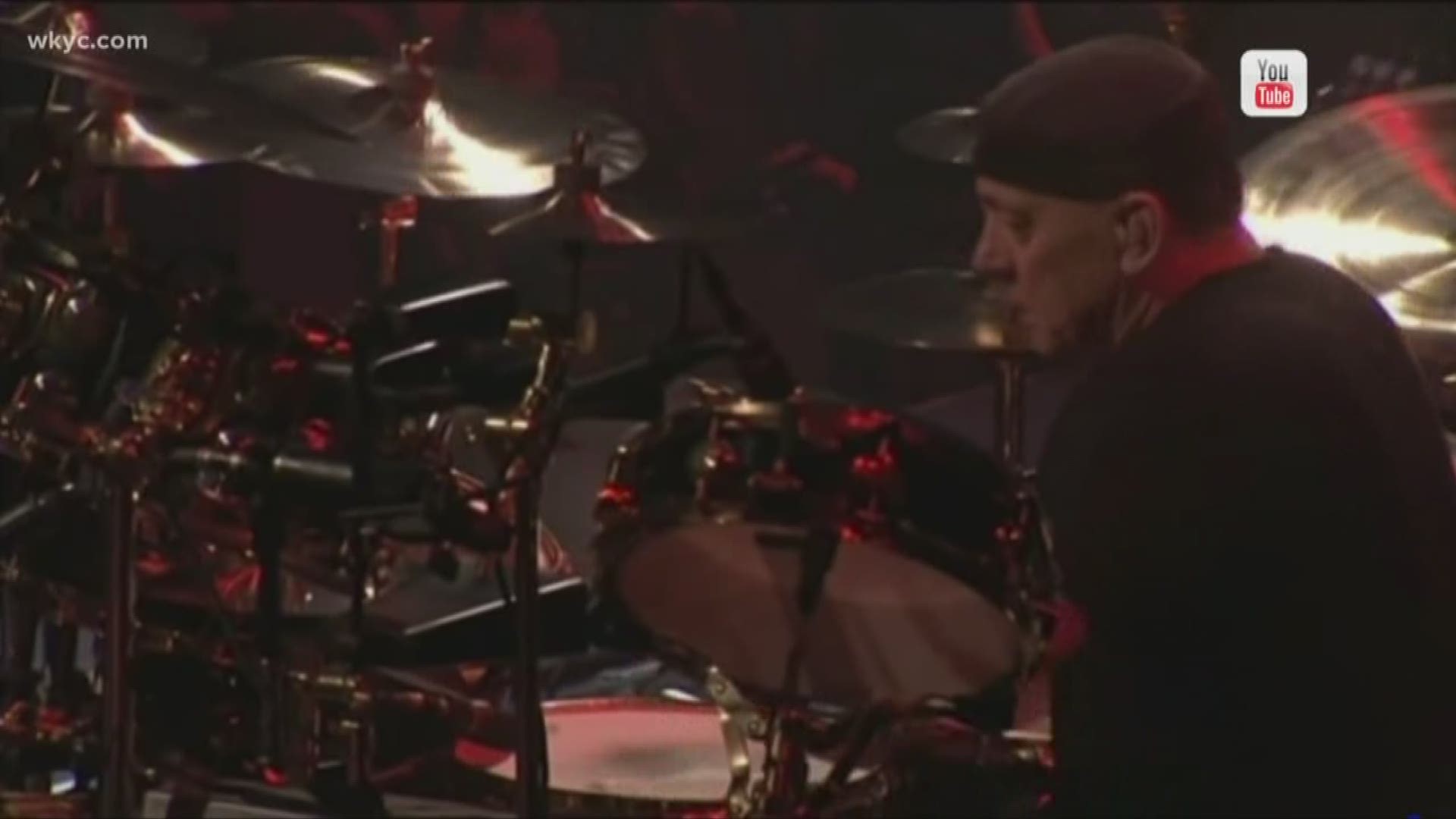 SANTA MONICA, Calif. — Rush drummer and lyricist Neil Peart has died of brain cancer at the age of 67.

The Canadian musician, often considered as one of the greatest drummers of all-time, died in the Los Angeles area on Tuesday, news outlets reported.

Rolling Stone reported Friday that a representative for the rock band had confirmed Peart’s death.

Elliot Mintz, a spokesperson for the family, said Peart had been quietly battling brain cancer for three years prior to his death in Santa Monica, California.

Peart’s unique style and drum fills that set a new standard for the genre are perhaps best exhibited on “Tom Sawyer,” one Rush’s biggest hits.

The band tweeted a statement on Peart's death, confirming the news "with broken hearts and the deepest sadness." They said their "soul brother" had been a band mate for more than 45 years.

Rush also urged people to donate to a cancer research group or charity in Peart's name.

Peart, revered for his drumming skills, was also Rush's key lyricist. He, alongside bandmates Geddy Lee and Alex Lifeson, was inducted in the Rock & Roll Hall of Fame in 2013.

A couple of the trio's other most known songs include “The Big Money” and “The Spirit of Radio.”

Fans were also sharing their reactions on Twitter, where "RIP to the GOAT" was trending in the U.S.