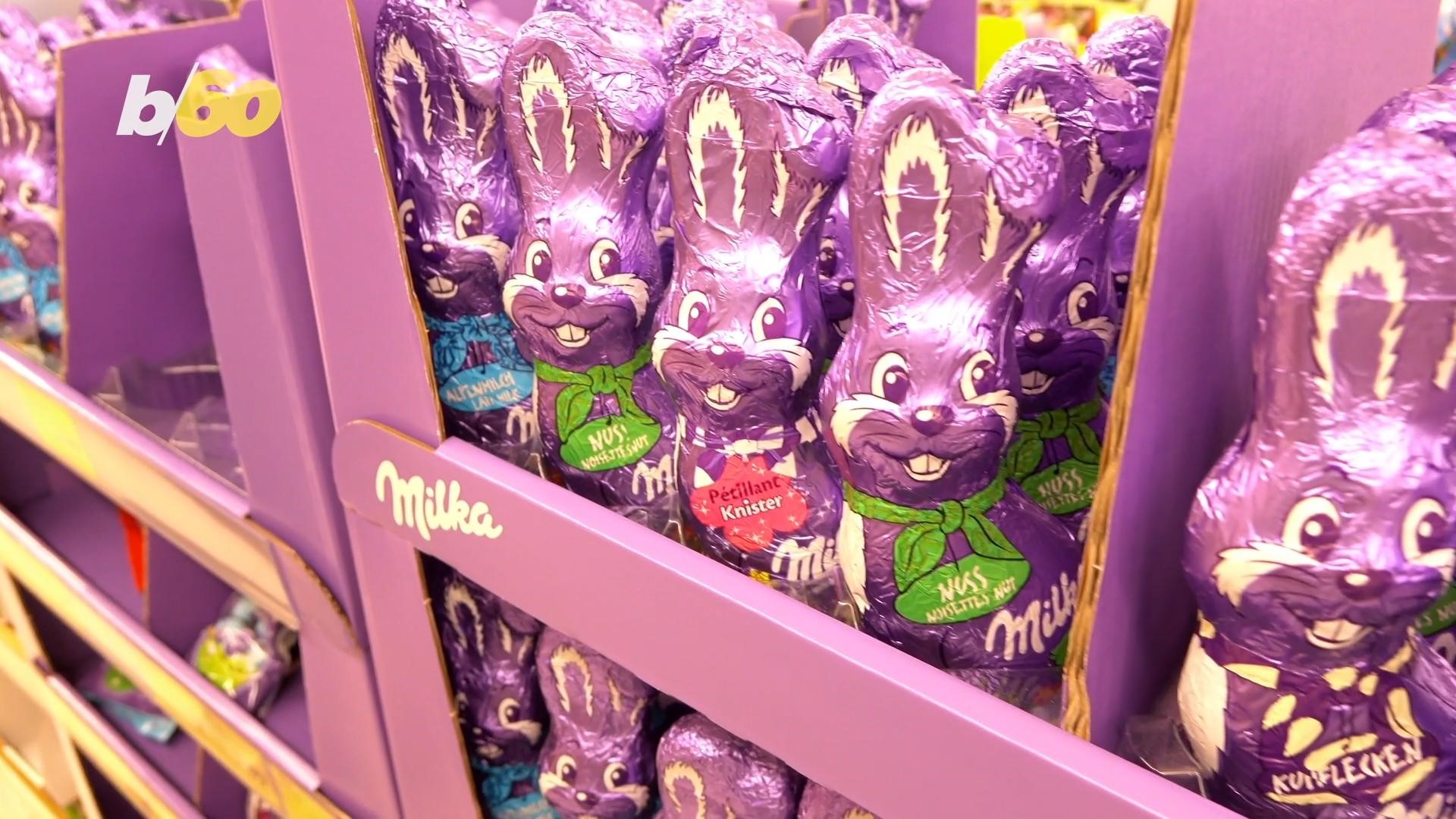 Candy fans are in for a treat because a new type of chocolate has made its way to America.

Barry Callebaut, the world's largest chocolate maker, has announced its ruby chocolate is rolling out across the U.S.

The company describes the naturally pink ruby chocolate as "a tension between fresh berry-fruitiness and luscious smoothness."

The chocolate is made from ruby cocoa beans found in Ecuador, Brazil and the Ivory Coast, according to the company's website. Additionally, the chocolate goes from bean to bar without any color or berry flavoring being added in.

But for now they can't actually call it "chocolate" in the U.S.

First they have to obtain a "U.S. standard of identity" from the Food and Drug Administration. So for now they're officially calling it ruby couverture.

Ruby chocolate made its global debut in early 2018 when pink KitKats went on sale in Japan and South Korea. It's considered the fourth type of chocolate next to dark, milk and white chocolate.

Peter Boone, Barry Callebaut Americas CEO & President, said it's been working with a small group of artisans over the last six months to soft launch ruby in the U.S. marketplace and sales have been very strong.

"As a result, to help ensure that our business partners have access to the product, we feel that now is the time to take the next step in our global roll-out campaign, and introduce ruby to the entire North American market," Boone said in a statement.

Ruby is the newest type of naturally shaded chocolate to arrive since Nestle began developing white chocolate in the 1930's.