In a back-and-forth battle between neighbors, homeless advocates and the city, the rocks have been moved from the sidewalk to the street and back. 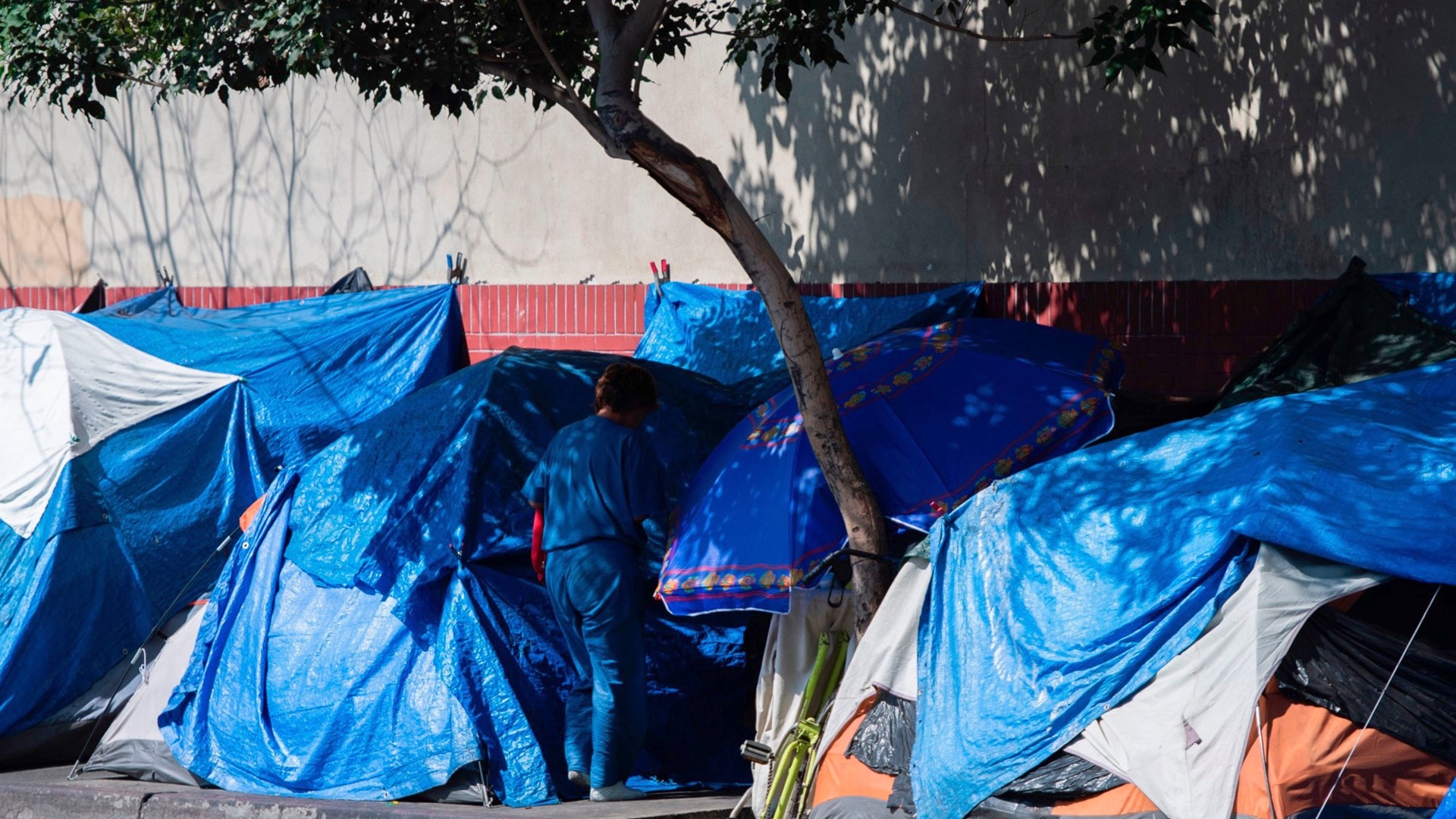 SAN FRANCISCO — A group of San Francisco neighbors said they had to do something to make their street safe. Their answer? Some giant rocks.

Fed up with what they see as the city's failure to combat homelessness and rampant drug use, the neighbors had boulders delivered to their sidewalk to block people from pitching tents on their street.

That started a fight that shows the frustration with an unprecedented homelessness crisis in California. Cities are struggling to address the lack of affordable housing and a growing number of homeless encampments that are popping up on city streets, sometimes in neighborhoods.

"Everyone was so desperate that we decided to team up because this was not a tent or two with homeless people," said John, a neighbor who spoke on the condition he only be identified by his first name because of threats residents have received over the boulders. "These were drug dealers in large tents, and people coming in and out, and people not feeling safe walking to their own home at night."

The boulders went up in an alley off Market Street, one of San Francisco's major thoroughfares. They stopped people from putting up tents for a couple of weeks, until homeless advocates learned about them and rolled some into the street.

The city stepped in because they posed a safety hazard, hoisting the giant rocks back onto the sidewalk. But the activists returned, pushing them onto the street again.

The tug-of-war appears to have ended this week after neighbors asked the city to remove the rocks, saying they are being harassed with calls, emails and people shouting threats when they leave their homes.

It shows the clash in California over how to curb a growing crisis. While residents want to protect themselves from drug dealing or other safety issues, advocates say there's nowhere else for people to go who have been squeezed out by rising housing prices and income inequality.

"I believe there has to be a better solution than blocking people from using a public sidewalk," Greg Aherne, who was bringing sandwiches and hygiene kits to the homeless, told the San Francisco Chronicle. "The rocks send the wrong message. But it shows how desperate people are."

Los Angeles also is struggling with homelessness, and the owner of a cultural center used a similar approach this summer by erecting massive planters to block people from camping around his building.

The crisis also has triggered a new fight with President Donald Trump, who accused San Francisco and Los Angeles of failing to clean up waste, including needles, and blamed their liberal policies for the problem. He has said he would do something to fix it but didn't offer specifics.

The mayors of both cities have pushed back on his claims but have said they welcome his help if he contributes federal funding.

In San Francisco, John said that in the last six months, neighbors started reporting dealers armed with knives and guns hiding drugs in planters outside their windows. Their street felt so unsafe that he and his wife would meet their guests at a grocery store nearby and walk them to their house, he said.

John said about 40 neighbors chipped in to buy the boulders after calling the city and police dozens of times. He said they asked the city to remove the rocks after the harassment started.

City workers removed the boulders Monday and are storing them while the neighbors decide what to do, Public Works Director Mohammed Nuru said Tuesday.

"Nobody wants drug dealers across the street from their homes, and the city has a responsibility to partner with neighbors to make sure they have a clean and safe neighborhood," Nuru said.

He said the neighbors did not have a permit for the boulders and agreed to work with the city in the future.

Despite a $12.3 billion annual budget, San Francisco has long struggled to house homeless people and keep streets clean of human waste and needles, especially in districts with many people who are homeless or addicted to drugs.

The city set up public toilets and announced formation of a team last year to clean up human waste. It says there are at least 1,000 people on a waiting list for shelter beds on any given day.

In Los Angeles, figures released in June showed a 16% jump in its homeless population over the last year, to 36,300 people — the size of a small city.

Peter Mozgo, who runs the Hungarian Cultural Center in downtown Los Angeles, had become so frustrated with losing business because of the rows of tents along the perimeter of the building that he set up about 140 planters on the sidewalk to prevent homeless people from camping.

"We lost so much weddings because people don't want to rent it anymore," Mozgo told the Los Angeles Times.