The news came hours after hundreds of strangers attended the funeral for Margie Reckard at the request of her husband, Antonio Basco. 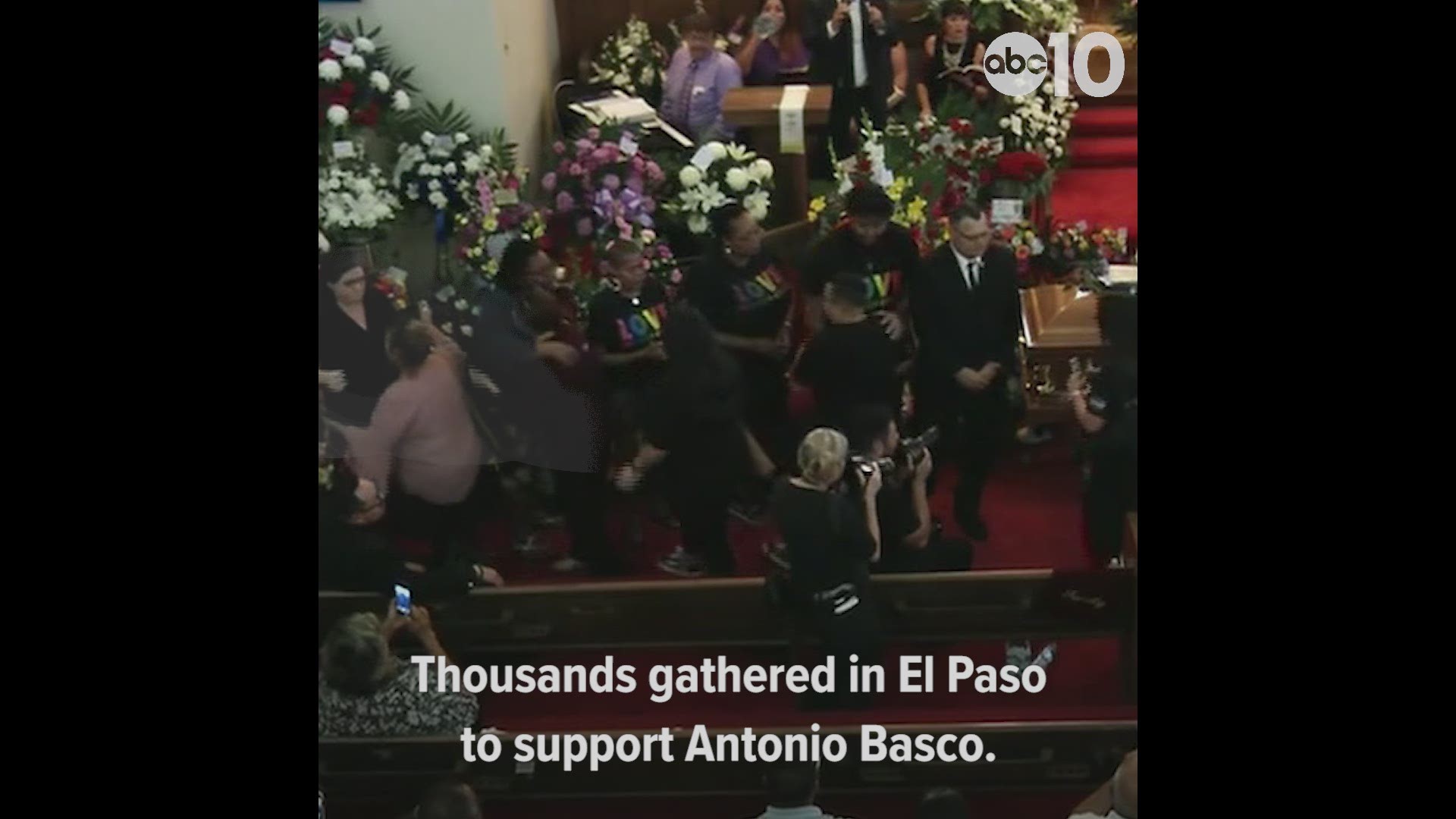 An SUV belonging to the husband of an El Paso Walmart shooting victim was stolen and vandalized, according to multiple reports. The news comes a day after hundreds of strangers came to pay their respects at the funeral for the man's wife, 63-year-old Margie Reckard.

Photos posted to social media show what is purportedly Antonio Basco's SUV after it was recovered by a towing company. The front grille and hood are bashed in as if it was run into something. The roof is also partially caved in and the windshield is shattered.

Angel Gomez of El Paso's Operation HOPE, which has helped with organizing funerals for the victims of the shooting, confirmed the theft and vandalism of the SUV.

"He (Basco) appreciates everybody reaching out to him," Gomez said of the response, and that Basco wanted to be alone. Gomez also said the SUV was actually Reckard's. He also confirmed that a pressure washer on Basco's trailer was stolen.

KTSM in El Paso, citing a police spokeperson, said the department was looking into the incident. TEGNA was not immediately able to reach a police public information officer for confirmation.

Gomez said a local used car dealership has offered to give Basco a replacement vehicle. Gomez said Basco was appreciative of the offer but wanted the old SUV back. Gomez said he was unaware of any fundraisers to help fix the SUV or to buy a new one.

Basco invited anyone to attend Reckard's funeral Saturday. Basco said he had almost no family left, so he invited the world to join him in remembering his companion of 22 years.

Hundreds of strangers braved 100-degree heat to pay their respects Saturday. Few of those in attendance had ever met Reckard, but almost all said the suffering city — and the nation — needed to see how to rally around those in pain.

TEGNA has reached out to the dealership to confirm the offer of a replacement vehicle.