The youngest member of Britain's royal family had been out of the spotlight since his christening in July. 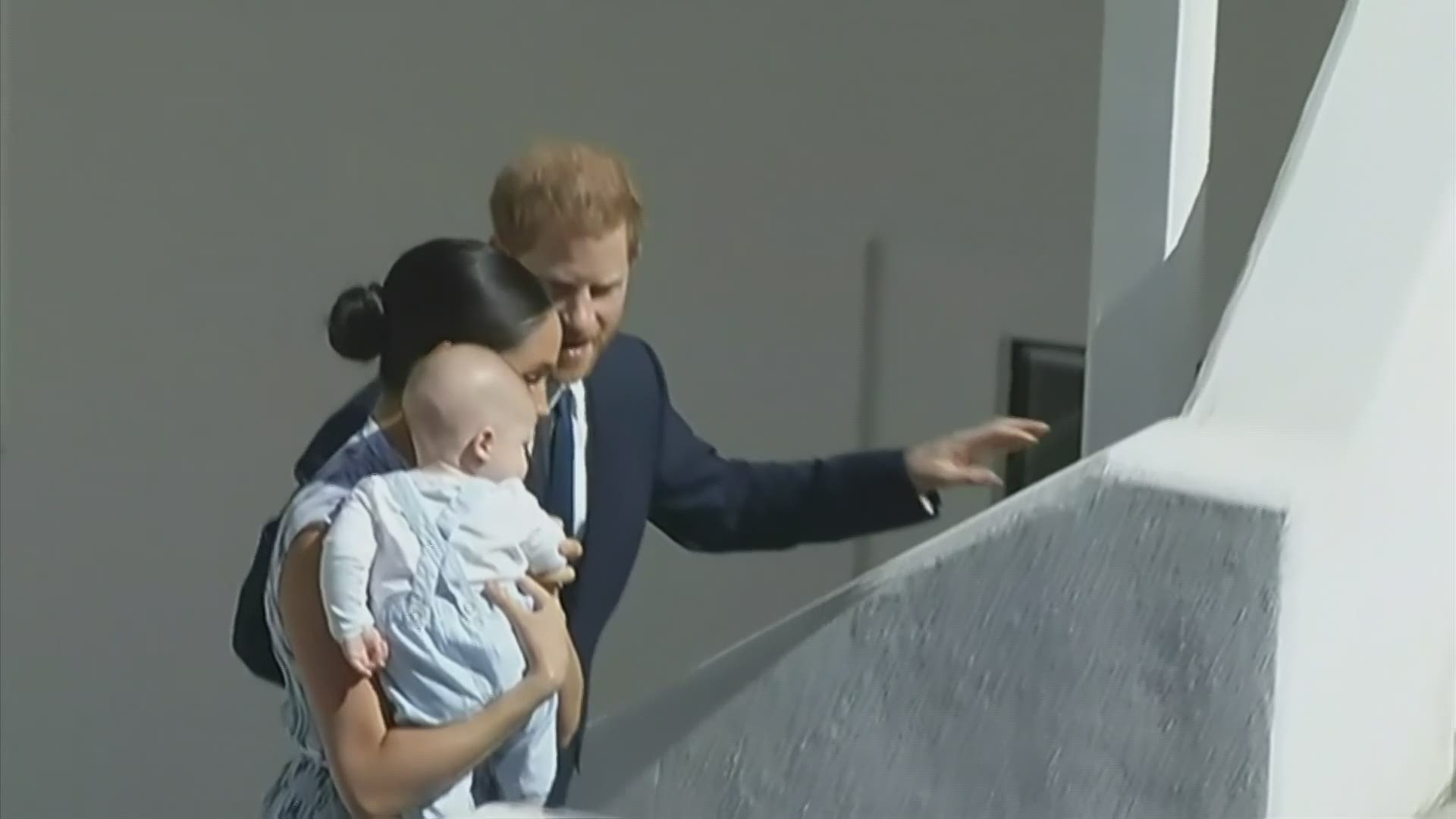 CAPE TOWN, South Africa — Baby Archie made a rare public appearance on Wednesday as his parents, Prince Harry and Meghan, the Duchess of Sussex, continued their first official tour as a family in South Africa.

The youngest member of Britain's royal family had been out of the spotlight since his christening in July. Archie, born in May, is the first child of Prince Harry and the former Meghan Markle and seventh in line to the British throne.

Tutu greeted the baby with a delighted smile.

"It's very heartwarming, let me tell you, very heartwarming to realize that you really, genuinely are caring people," he told the royal couple, according to a statement by his Desmond & Leah Tutu Legacy Foundation.

"We all try to make things better," Harry replied.

Gifts for the baby included children's books written and signed by the archbishop.

The royal couple's 10-day, multi-country tour also includes stops for Harry in Botswana, Angola and Malawi with a focus on wildlife protection, mental health and mine clearance — a topic given global attention by Harry's late mother, Princess Diana, when she walked through an active mine field during an Africa visit years ago.