Pressure builds on schools to reopen during pandemic

In Chicago, there's so much rancor, teachers are on the brink of striking. In California, frustrated Gov. Gavin Newsom implored schools to find a way to reopen. 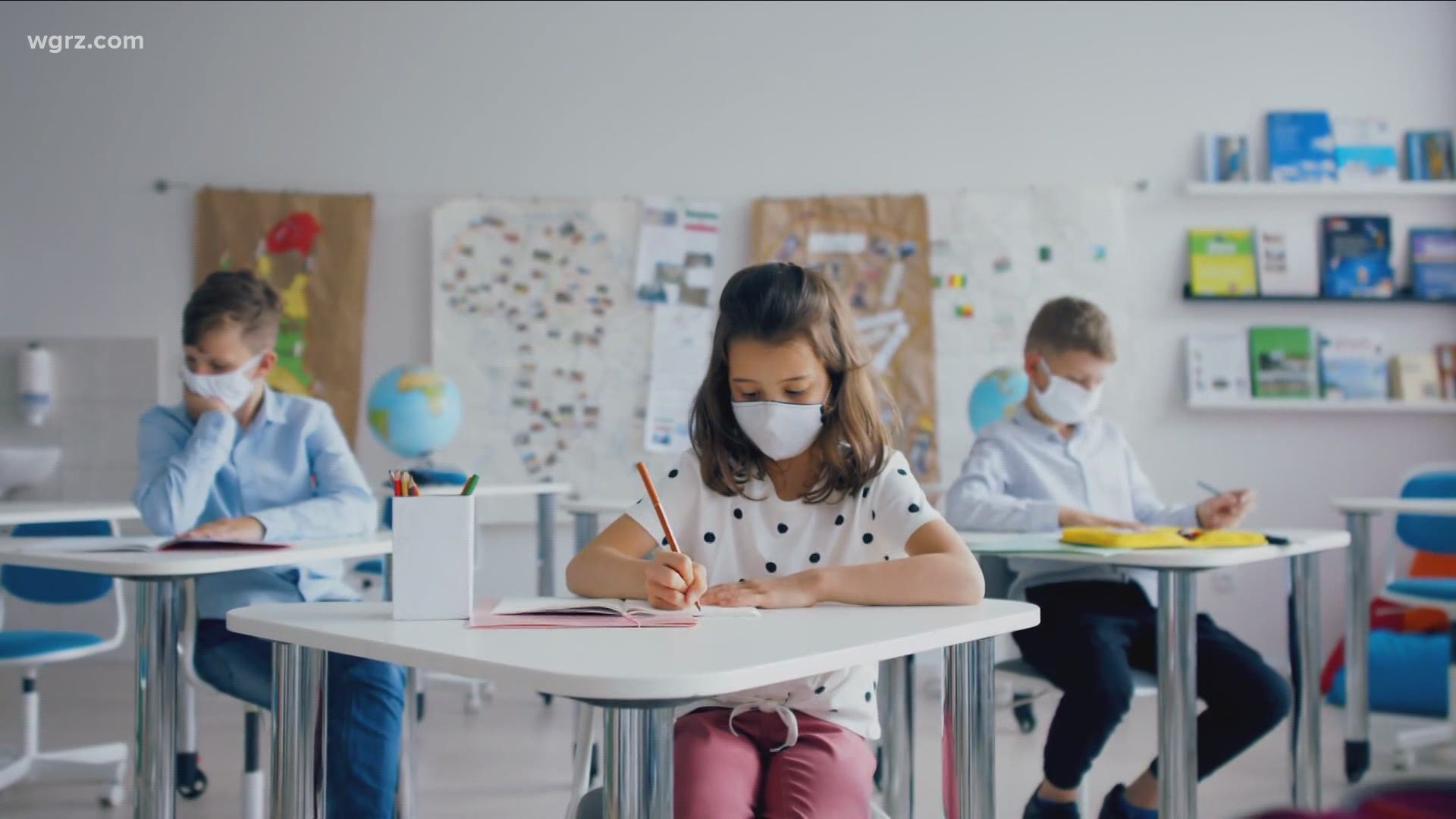 Pressure is building on school systems around the U.S. to reopen classrooms to students who have been learning online for nearly a year, pitting politicians against teachers who have yet to be vaccinated against COVID-19.

In Chicago, the rancor is so great that teachers are on the brink of striking. In California, a frustrated Gov. Gavin Newsom implored schools to find a way to reopen. In Cincinnati, some students returned to classrooms Tuesday after a judge threw out a teachers union lawsuit over safety concerns.

While some communities maintain that online classes remain the safest option for everyone, some parents, with backing from politicians and administrators, have complained that their children's education is suffering from sitting at home in front of their computers and that the isolation is damaging them emotionally.

In Nashua, New Hampshire, the school board voted to stick with remote learning for most students until the city meets certain targets on infections, hospitalizations and tests coming back positive for the coronavirus.

Alicia Houston, whose sons are in sixth and 10th grade, said her biggest frustration is "not being able to help my children effectively," even though she has quit her job to attempt just that.

"Watching them become a little bit darker," she said last week. "Watching them fall apart. The emotional and mental health piece is one of the most important pieces. A trauma like this is not something they're necessarily going to recover from right away."

Some families and their supporters have argued, too, that reopening schools would enable parents to go back to work instead of staying home to oversee their children's education.

The U.S. Centers for Disease Control and Prevention said in a recent study that there is little evidence of the virus spreading at schools when precautions are taken, such as masks, distancing and proper ventilation.

But many teachers have balked at returning without getting vaccinated first against the scourge that has killed over 440,000 Americans.

Kathryn Person, a high school teacher in Chicago, wants to continue teaching remotely so she doesn't risk the health of her 91-year-old grandmother and an aunt battling lung cancer. Person said she trusts the union will fight school officials if they try to punish teachers who won't go back.

"If they try to retaliate, when that happens we will go on strike," she said.

In California, with 6 million public school students, teachers unions say they won't send their members into an unsafe situation.

Newsom, a Democrat, has said he will not force schools to reopen but instead wants to give them an incentive and has proposed a $2 billion plan that has met with criticism from superintendents, unions and lawmakers. It would give schools extra funding for COVID-19 testing and other safety measures if they resume in-person classes. Schools that reopen sooner would get more money.

Newsom told educators that he is willing to negotiate but that certain demands, including the call by unions to have all teachers vaccinated before school starts, are unrealistic given the shortage of shots.

"If everybody has to be vaccinated, we might as well just tell people the truth: There will be no in-person instruction in the state of California," he said.

"The virus is in charge right now and it does not own a calendar," the 300,000-member California Teachers Association warned in a letter. "We cannot just pick an artificial calendar date and expect to flip a switch on reopening every school for in-person instruction."

President Joe Biden's administration and Republican senators have dueling proposals for stimulus packages that would distribute billions of dollars to help schools get children back into classrooms.

About 10,000 Chicago teachers and staff and 62,000 students in kindergarten through eighth grade were supposed to return to school Monday for the first time since last March. But the Chicago school system extended remote learning for two more days and called for a cooling-off period in negotiations with the teachers union.

Districtwide efforts to vaccinate Chicago's teachers won't begin until the middle of February.

An Iowa law, signed on Friday by Republican Gov. Kim Reynolds, requires districts to offer full-time in-class instruction to parents who request it. Despite concerns that teachers still haven't been vaccinated, they are set to return this month.

In North Carolina, Democratic Gov. Roy Cooper faces pressure from GOP lawmakers to reopen more schools. In South Carolina, a bipartisan push to get students back in class five days a week is underway.

"After this pandemic is over, I hope to never do another Zoom call," said House Minority Leader Todd Rutherford, a Democrat. "I hate it. I can't stand them. I can't imagine being in third or fourth grade and having to stare at a screen in order to learn."

In Utah, the Salt Lake City school system announced plans to resume in-person learning for at least two days per week under pressure from lawmakers who threatened to cut funding.

The schools chief in Washington state is pushing for teachers to get vaccinated when it's their turn but also insisting they get back to classrooms immediately, shot or not.

"The bottom line is a vaccine is a tremendous safety net, but it is never the thing that is going to create the perfect scenario," said Chris Reykdal, superintendent of public instruction.

Emily VanDerhoff, a first-grade teacher in Fairfax County, Virginia, and a union official, was scheduled to be vaccinated last Friday. But she and others saw their appointments canceled when the vaccine supply ran low.

The Fairfax County superintendent has unveiled a tentative plan for students to start returning on Feb. 16, but the union says less than 10% of teachers feel it is safe to return.

"Even once we're all vaccinated, it's still going to take having lower community spread for people to feel safe and for it to be safer to have students in the schools," VanDerhoff said.

RELATED: Juggling parenting, work and a pandemic not getting easier