The president can’t unilaterally regulate or close social media companies, as that would require action by Congress or the Federal Communications Commission. 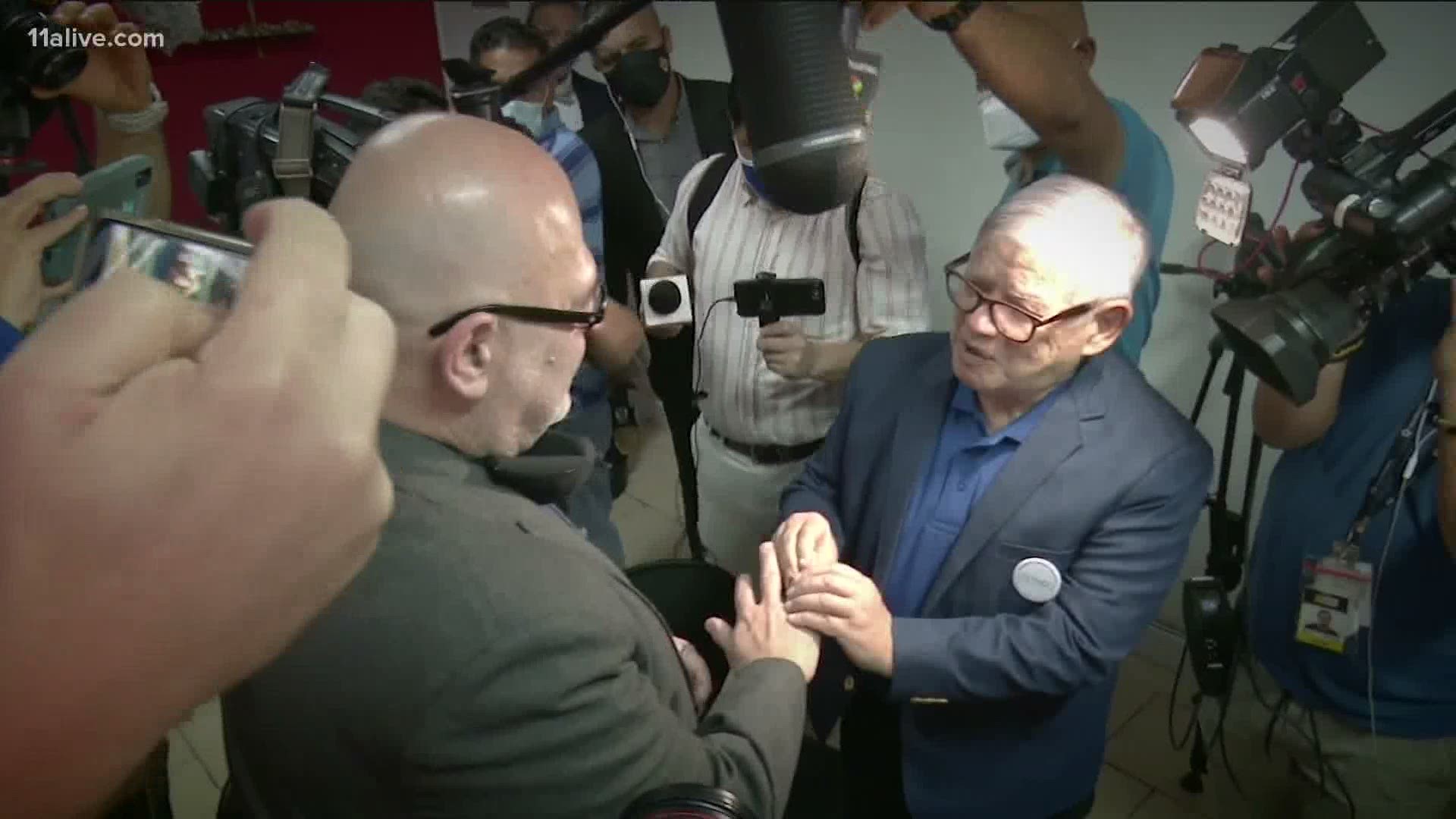 WASHINGTON — President Donald Trump, the historically prolific tweeter of political barbs and blasts, threatened social media companies with new regulation or even shuttering on Wednesday after Twitter added fact checks to two of his tweets. He turned to his Twitter account – where else? -- to tweet his threats.

The president can’t unilaterally regulate or close the companies, and any effort would likely require action by Congress. His administration has shelved a proposed executive order empowering the Federal Communications Commission to regulate technology companies, citing concerns it wouldn't pass legal muster. But that didn't stop Trump from angrily issuing strong warnings.

Tech giants “silence conservative voices," he claimed on Twitter early Wednesday. “We will strongly regulate, or close them down, before we can ever allow this to happen.” Later, also on Twitter, he threatened, “Big Action to follow.”

In his tweet, he repeated his unsubstantiated claim — which sparked his latest showdown with Silicon Valley — that expanding mail-in voting “would be a free for all on cheating, forgery and the theft of Ballots.”

RELATED: Trump accuses Twitter of election interference after it adds fact-check warning to his tweets

There was no immediate reaction from Twitter or other social media companies to the president’s threats.

Twitter’s decision to mark the president’s tweets regarding mail-in balloting came as the president was sparking another social media firestorm, continuing to stoke a debunked conspiracy theory accusing MSNBC host Joe Scarborough of killing a former staffer. Prominent Republicans, including Rep. Liz Cheney and Sen. Mitt Romney, urged Trump to drop the attack — which has not been marked with a fact check by the social media company.

Trump and his campaign had lashed out at the company Tuesday after Twitter added a warning phrase to two Trump tweets that called mail-in ballots “fraudulent” and predicted that “mail boxes will be robbed,” among other things. Under the tweets, there is now a link reading “Get the facts about mail-in ballots” that guides users to a Twitter “moments” page with fact checks and news stories about Trump’s unsubstantiated claims.

Editor's note: The fact check notation does not appear in the tweet embedded above, but you can see it if you open the tweet directly.

Trump replied on Twitter, accusing the platform of “interfering in the 2020 Presidential Election” and insisting that “as president, I will not allow this to happen.” His 2020 campaign manager, Brad Parscale, said Twitter’s “clear political bias” had led the campaign to pull “all our advertising from Twitter months ago.” Twitter has banned all political advertising since last November.

Trump did not explain his threat Wednesday, and the call to expand regulation appeared to fly in the face of long-held conservative principles on deregulation.

Trump and his allies have long accused the tech giants in liberal-leaning Silicon Valley of targeting conservatives on social media by fact-checking them or removing their posts. The president’s critics, meanwhile, have scolded the platforms for allowing him to put forth false or misleading information that could confuse voters.

The protections have been credited with allowing the unfettered growth of the internet for more than two decades, but now some Trump allies are advocating that social media companies face more scrutiny.

“Big tech gets a huge handout from the federal government," Republican Sen. Josh Hawley told Fox News. “They get this special immunity, this special immunity from suits and from liability that’s worth billions of dollars to them every year. Why are they getting subsidized by federal taxpayers to censor conservatives, to censor people critical of China.”

Twitter’s first-ever use of a label, on Trump’s tweets comes as platforms gear up to combat misinformation around the U.S. presidential election. Twitter, as well as Facebook, have begun rolling out dozens of new rules to avoid a repeat of the false postings about the candidates and the voting process that marred the 2016 election.

The advent of the coronavirus pandemic has further escalated the platforms' response, leading them to take actions against politicians – a move they’ve long resisted -- who make misleading claims about the virus.

Last month, Twitter began a “Get the Facts” label to direct social media users to news articles from trusted outlets next to tweets containing misleading or disputed information about the virus. Company leaders said at the time that the new labels could be applied to anyone on Twitter, and that it was considering using them on other topics.

Twitter has said it will decide internally when to use a label, and on which tweets, and that it will draw from information curated from news outlets.

Meanwhile, Republicans were turning their fire on one of the Twitter executives responsible for adding the fact checks, Yoel Roth, its head of site integrity. They are pointing to tweets he sent in 2016 and 2017 railing against the president and his allies.

“From their bogus ‘fact check’ of @realDonaldTrump to their ‘head of site integrity’ displaying his clear hatred towards Republicans, Twitter’s blatant bias has gone too far,” tweeted Republican National Chairman Chair Ronna McDaniel.

“He has no such authority,” McConnell said in an email. “He is just venting.”

“The president can’t do very much, but that’s not the point,” he said. “This is an attempt by the president to, as we used to say in basketball, work the refs.”

“He’s threatening and cajoling with the idea that these folks in their corporate board rooms will think twice about what they’re doing, so they won’t touch him.”