Popeyes' hit chicken sandwich is back!

The chicken sandwich that caused a stir in the industry is officially back at Popeyes stores. 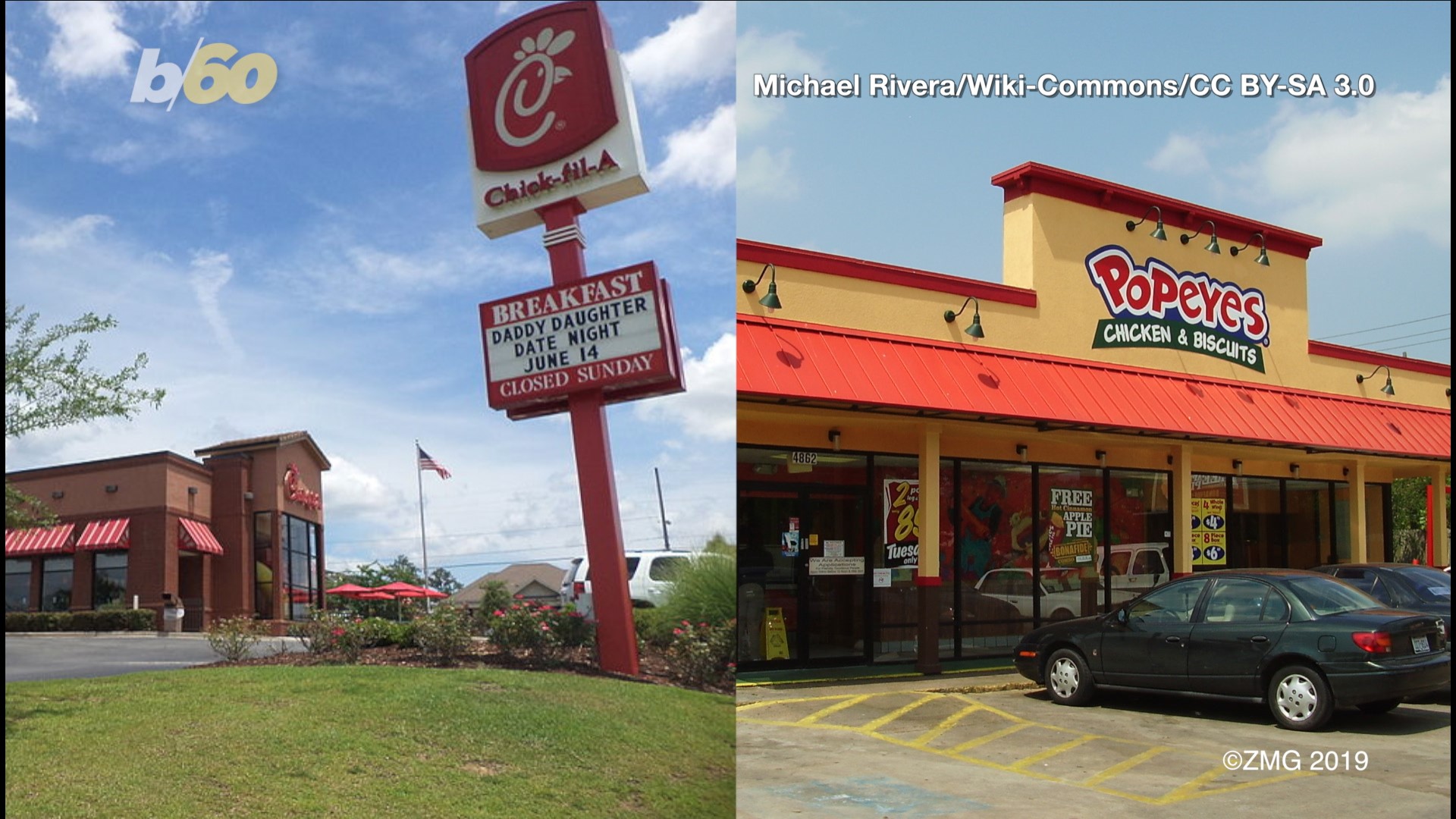 WASHINGTON — It was the fried chicken sandwich that caused a poultry showdown.

And after an emotional roller coaster for fans, which played out online, the beloved menu item is back in Popeyes restaurants.

A Twitter feud between Popeyes Louisiana Kitchen and Chick-fil-A over which restaurant had the better chicken sandwich seemed to be a done deal for the "EAT MOR CHIKIN" fans.

Wendy's even chimed in from the background, in her red pig tails.

But when Popeyes took only two weeks to sell out of their key ingredient -the bird- they seemingly claimed the win, but were out of what the customers craved.

For weeks, restaurants around the country posted signs apologizing to customers for letting them down.

In late August, Popeyes pinned a tweet to their Twitter account saying, "You ate 'em ALL. (Legit proud of you.)"..."Y’all. We love that you love The Sandwich. Unfortunately we’re sold out (for now)."

Popeyes said it will hire hundreds of workers to assist with the anticipated high demand of the come back. In an August report on Business Insider, Popeyes employees were reportedly working long hours without breaks and experiencing exhaustion trying to handle the spike in demand, before the company said it sold out of chicken for the sandwiches.

One Popeye's restaurant employee, according to Business Insider, said, "Everyone wanted to quit so bad because it was that bad," going on to say, "We have never seen it get this insanely busy."

It was unclear if Popeyes would be able to hire enough new team members at the time of the announcement, presumably those who will make up the front lines of the company - crew who work in the stores dealing directly with customers. And it was unclear if the demand for the popular chicken sandwich would be even larger than previously expected.

The Popeyes employee who spoke to Business Insider back in August said, "My experience at Popeyes has been fine till this sandwich has come."

Popeyes promised customers in a Twitter video that they wouldn't run out of chicken sandwiches again.

In Popeyes' words, "They'll be back soon. For. Good. Pinky swear."

And for now, Popeye's has held onto their word. So eat up folks.