Brazilian government satellite monitors have recorded more than 41,000 fires in the Amazon region so far this year. 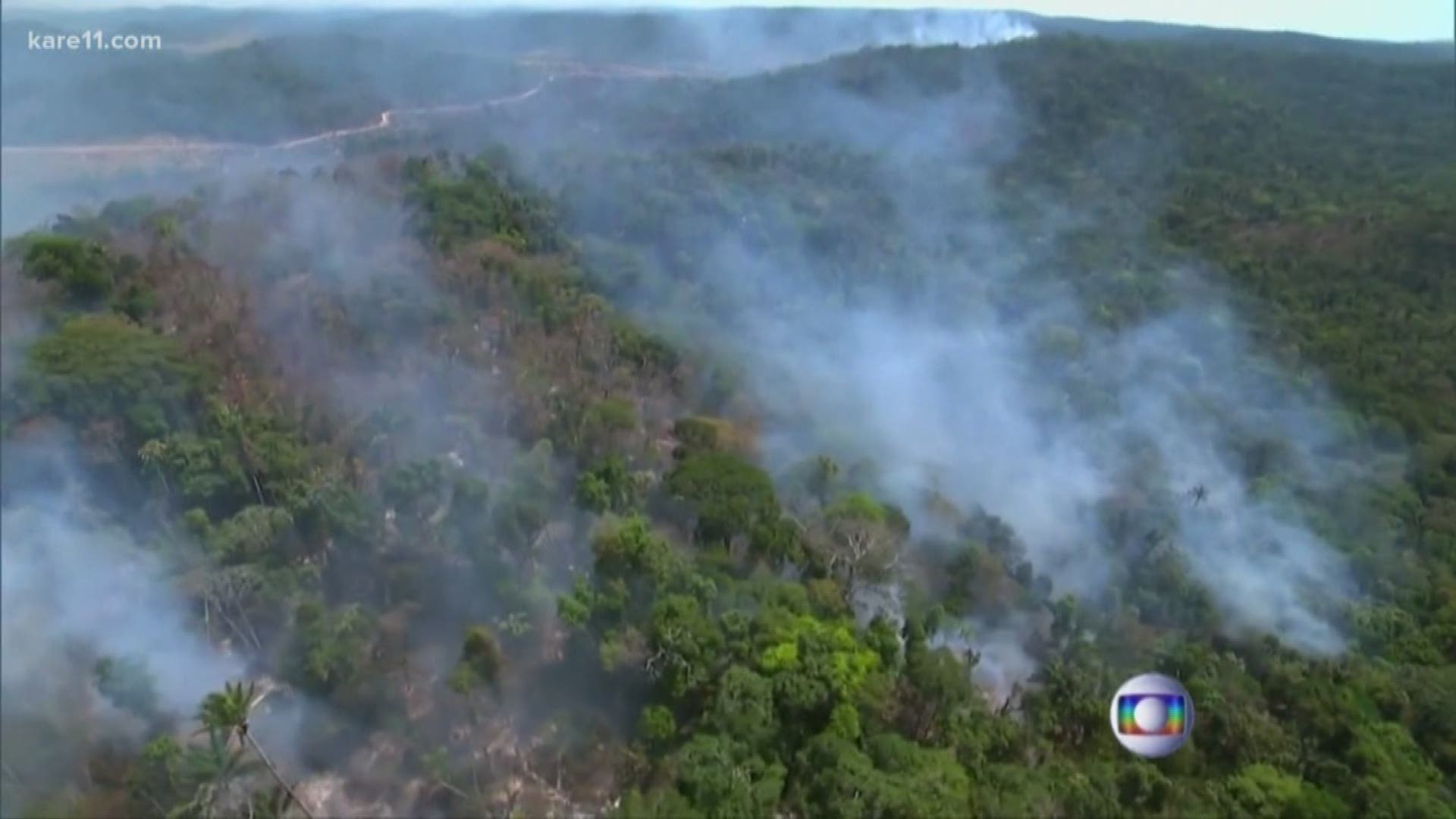 VANCOUVER, Wash. — Pope Francis said Sunday that the Amazon forest is vital for our Earth and is urging prayers that fires there are quickly controlled.

Francis added his voice to the chorus of international concern that the blazes in Brazil will have grave repercussions on the world's environmental health.

The pontiff, who is from the South American nation of Argentina that borders Brazil, told the public in St. Peter's Square that "we're all worried" about the vast Amazon fires. He warned that that green "lung of forest is vital for our planet."

Francis said "let us pray so that, with the efforts of all, they are controlled as quickly as possible."

Brazilian government satellite monitors have recorded more than 41,000 fires in the Amazon region so far this year — with more than half of those coming this month alone. Experts say most of the fires are set by farmers or ranchers clearing existing farmland. But the same monitoring agency has reported a sharp increase in deforestation this year as well.

The blazes have sparked anti-government protests in Brazil and became a pressing issue for leaders at the Group of Seven summit in France.

Backed by military aircraft, tens of thousands of Brazilian troops on Saturday deployed in the Amazon to fight the fires.

Even so, the fires were an issue of top concern at the G-7 summit in France.

French President Emmanuel Macron said Sunday that leaders of major democracies are nearing an agreement on how to help fight the fires and repair the damage. He said agreement would involve both technical and financial mechanisms "so that we can help them in the most effective way possible."

It's not clear, however, whether Brazil would welcome the help.

The Brazilian military operations followed widespread criticism of Bolsonaro's handling of the crisis. On Friday, the president authorized the armed forces to put out fires, saying he is committed to protecting the Amazon region.

About 44,000 troops will be available for "unprecedented" operations to put out the fires, and forces are heading to six Brazilian states that asked for federal help, Defense Minister Fernando Azevedo said. The states are Roraima, Rondonia, Tocantins, Para, Acre and Mato Grosso.

Credit: AP
Neri dos Santos Silva, center, is silhouetted against an encroaching fire threat after he spent hours digging trenches to keep the flames from spreading to the farm he works on, in the Nova Santa Helena municipality, in the state of Mato Grosso, Brazil, Friday, Aug. 23, 2019. Under increasing international pressure to contain fires sweeping parts of the Amazon, Brazilian President Jair Bolsonaro on Friday authorized use of the military to battle the massive blazes. (AP Photo/Leo Correa)

France's president thrust the Amazon fires to the top of the agenda of the G-7 summit after declaring it a global emergency and threatening to torpedo a European Union trade deal with Brazil and other South American countries. France claims a small part of the Amazon in its overseas department of French Guiana.

German Chancellor Angela Merkel, also at the summit, came down against blocking the EU-Mercosur trade accord, but said she was in favor of treating the Amazon fires as an urgent threat.

Meanwhile, Bolivian President Evo Morales said Saturday he would welcome aid in fighting his own country's wildfires, which have scorched more than 2,900 square miles (744,000 hectares) of land in the Chiquitanía region over the past two weeks.

He told a news conference that he had accepted offers of assistance from the leaders of Spain, Chile and Paraguay.