Kim Jong Un's sister praised Trump for sending the letter at a time when 'big difficulties and challenges lie ahead in the way of developing ties.' 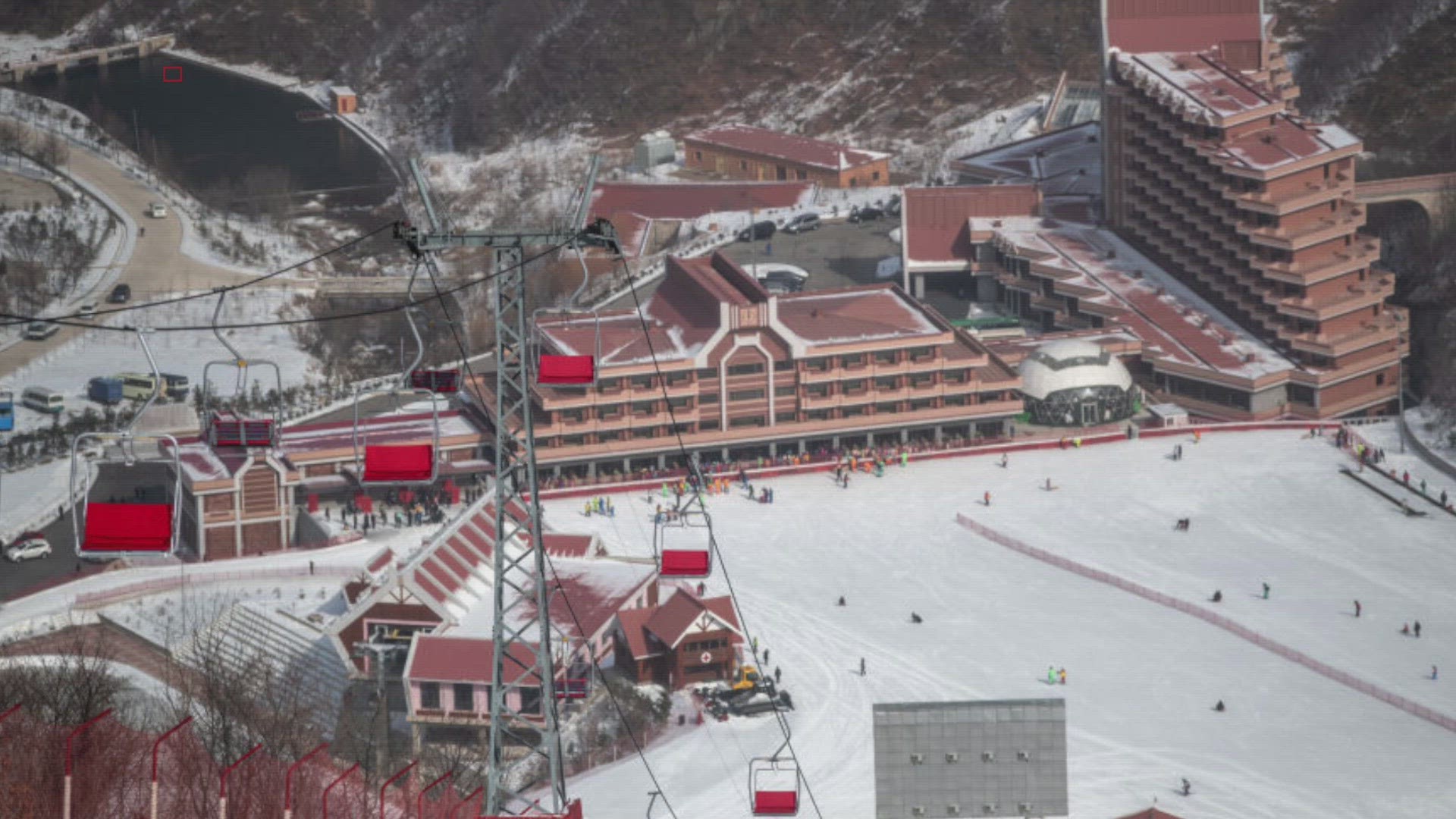 The latest correspondence came as Kim observed the firing of tactical guided weapons over the weekend, drawing criticism from South Korea, as the nuclear talks remain deadlocked.

In a statement carried by the Korean Central News Agency, Kim’s sister and senior ruling party official, Kim Yo Jong, praised Trump for sending the letter at a time when “big difficulties and challenges lie ahead in the way of developing ties" between the countries.

In the letter, she said Trump explained his plan to “propel the relations between the two countries ... and expressed his intent to render cooperation in the anti-epidemic work” in an apparent reference to the global coronavirus outbreak. She said her brother expressed his gratitude for Trump's letter.

North Korea has repeatedly said there hasn’t been a single case of the coronavirus on its soil. Some foreign experts question that claim and say an outbreak in the North could cause a humanitarian disaster because of its poor medical infrastructure. Last month, the State Department expressed concerns about North Korea’s vulnerability to a potential coronavirus outbreak and said it was ready to support efforts by aid organizations to contain the spread of the illness in the North.

There was no immediate comment from the White House.

Kim Yo Jong said Trump’s letter is “a good example showing the special and firm personal relations” between the North Korean and U.S. leaders. But she said it’s not a good idea to “make hasty conclusion or be optimistic about” the prospect for bilateral relations.

“In my personal opinion, I think that the bilateral relations and dialogue for them would be thinkable only when the equilibrium is kept dynamically and morally and justice ensured between the two countries,” she said. “Even at this moment, we are working hard to develop and defend ourselves on our own under the cruel environment which the U.S. is keen to ‘provide.’”

Earlier, Trump sent birthday greetings to Kim Jong Un, who was believed to have turned 36 on Jan. 8. Senior North Korean official Kim Kye Gwan said at the time that the birthday messages won't lead his country to return to talks unless the U.S. accepts its demands.

Kim and Trump have met three times and exchanged letters and envoys on many occasions since 2018 when they launched talks on the fate of Kim’s advancing nuclear arsenal. The two leaders have avoided harsh language against each other and Trump once said he and Kim “fell in love.”

But their diplomacy has largely come to a standstill since the breakdown of their second summit in Vietnam in February 2019, when Trump rejected Kim’s demands for broad sanctions relief in return for a partial disarmament step.

Kim pressed Trump to come up with new proposals to salvage the negotiations by the end of last year. Kim later vowed to bolster his nuclear deterrent, unveil “a new strategic weapon” and warned he would no longer be bound by a major weapons test moratorium.

In recent weeks, North Korea has fired a slew of artillery and other rockets into the sea in what experts say is an attempt to improve its military capabilities. The weapons were all short-range and did not pose a direct threat to the U.S. mainland. A resumption of long-range or nuclear weapons tests by Kim would likely completely scuttle diplomacy with Trump, experts say.

KCNA said Kim watched the test firing of tactical guided weapons on Saturday with Kim Yo Jong and other top officials. South Korea's military called the demonstration “very inappropriate” at a time when the world is struggling with the coronavirus pandemic.

South Korea’s military said Saturday it detected two presumed short-range ballistic missiles that flew from a site in western North Korea across the country and landed in the waters off the east coast. The weapons flew 410 kilometers (255 miles), according to South Korea’s Joint Chiefs of Staff.

RELATED: Male mortality rate from coronavirus twice as high as females in Italy