North Korea rejects talks as US envoy arrives in Seoul

Deputy Secretary of State Stephen Biegun is to discuss cooperation on issues including North Korea during his meetings with officials in South Korea and Japan. 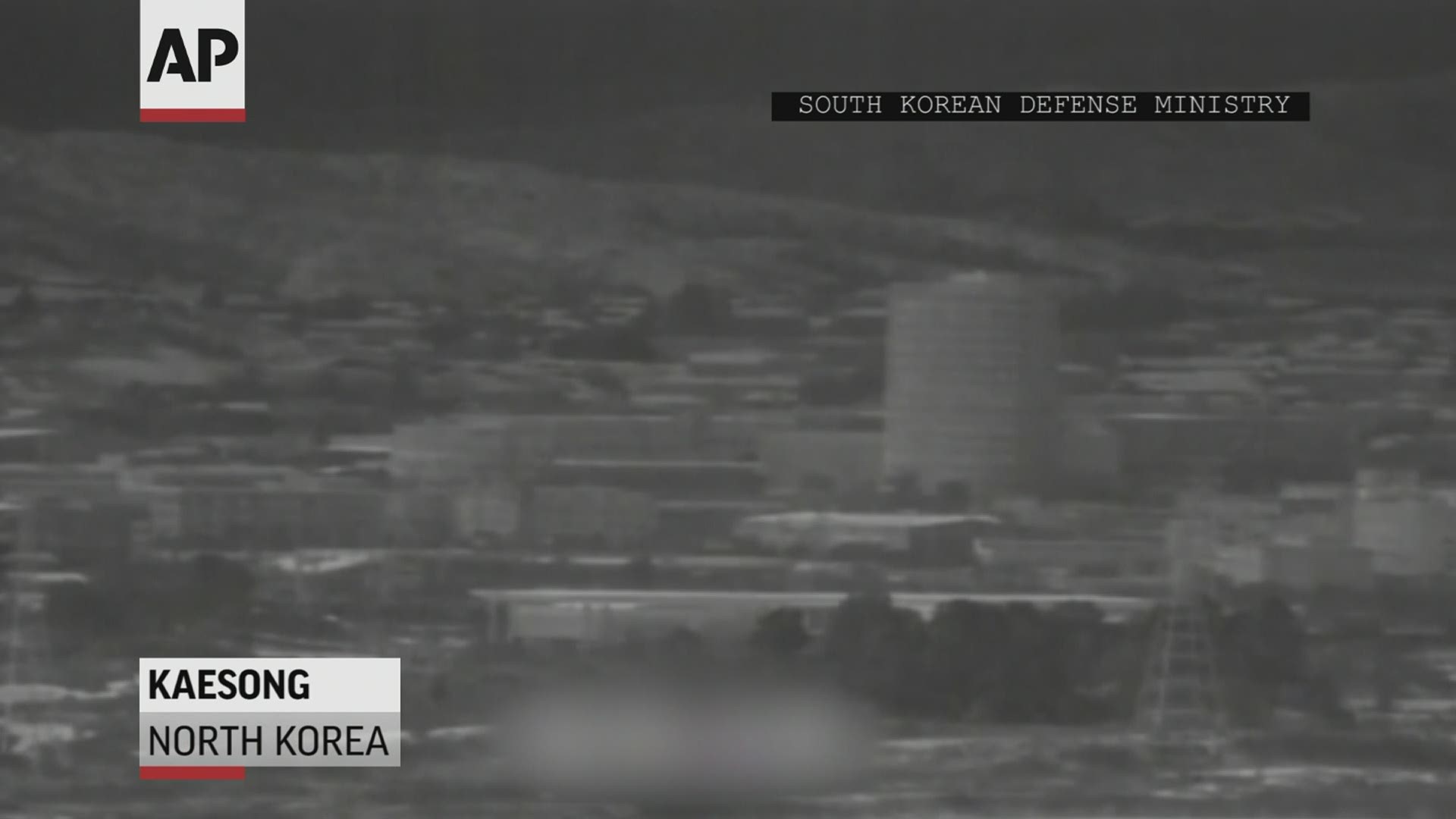 SEOUL, South Korea — North Korea on Tuesday said it has no immediate intent to resume a dialogue with the United States as U.S. Deputy Secretary of State Stephen Biegun arrived in South Korea for discussions on stalled nuclear diplomacy.

In a statement released through the North's official Korean Central News Agency, senior North Korean foreign ministry official Kwon Jong Gun also ridiculed “nonsensical” calls by South Korea for revived negotiations between the U.S. and North Korea, saying it has lost its relevance as a mediator.

The State Department said Biegun, who is also President Donald Trump’s special representative for North Korea, will discuss cooperation on a range of issues in meetings this week with officials in South Korea and Japan, including the “final, fully verified denuclearization” of North Korea.

Kwon's statement came hours before Biegun arrived at a U.S. air base near Seoul. The U.S. Embassy said Biegun, members of his delegation and the military air crew were being tested for COVID-19 at the base and would proceed to Seoul after confirmation that all had negative test results.

Trump and North Korean leader Kim Jong Un have met three times since embarking on high-stakes nuclear diplomacy in 2018. But negotiations have faltered since their second summit in February last year in Vietnam, where the Americans rejected North Korean demands for major sanctions relief in exchange for a partial surrender of its nuclear capability.

RELATED: North Korea says it has no plans to resume nuclear talks with US

Amid the stalemate in talks, North Korea has repeatedly said in recent months that it would no longer give Trump the gift of high-profile meetings he could boast of as foreign policy achievements unless it gets something substantial in return.

North Korea has also been dialing up pressure on the South, cutting off virtually all cooperation and blowing up an inter-Korean liaison office in its territory last month, following months of frustration over Seoul’s unwillingness to defy U.S.-led sanctions and restart joint economic projects that would help the North's broken economy.

“Explicitly speaking once again, we have no intention to sit face-to-face with U.S.,” Kwon said in the statement.

Some analysts believe North Korea will avoid serious talks with the Americans for now and instead focus on pressuring the South in a bid to increase its bargaining power before an eventual return to negotiations after the U.S. presidential election in November. They say North Korea likely doesn’t want to make any major commitments or concessions when there is a chance U.S. leadership could change.

But Leif-Eric Easley, a professor at Ewha University in Seoul, said the prospects of a fourth Trump-Kim meeting shouldn’t be ruled out.

“Normally a U.S. president wouldn’t take such a gambit ahead of an election, but down in the polls, Trump has the incentive to go even further off-script,” he said.

Kim may also see a closing window of opportunity if Trump is expected to leave office and could possibly attempt to exchange reversible denuclearization steps for sanctions relief and South Korean investment, Easley said.

Kwon’s statement came days after North Korean First Vice Foreign Minister Choe Sun Hui, whom Biegun has described as his potential counterpart when talks resume, insisted the North won't resume negotiations unless Washington discards what it describes as “hostile” policies. She criticized the Trump administration for considering diplomacy with the North as “nothing more than a tool for grappling its political crisis.”

Without naming him outright, Kwon also took a jab at Moon, who in a video conference with European leaders last week expressed hope that Trump and Kim would meet again before the U.S. elections.

“(Choe’s) statement also mentioned the meddlesome man who had again indicated his intention to arbitrate between the DPRK and the U.S.,” Kwon said, referring to North Korea by its formal name, the Democratic People’s Republic of Korea.

“We feel sorry to see (the South) trying so hard to become the ‘mediator’ but it may try as much as it wants if it cherishes so strong wish to try it to the end. Time will show whether its efforts will succeed or it will only suffer a loss and ridicule.”

Biegun is to meet with South Korean Foreign Minister Kang Kyung-wha and other South Korean officials on Wednesday before leaving for Japan on Thursday, Kang's ministry said.