Hundreds of new words now added to the Merriam-Webster dictionary 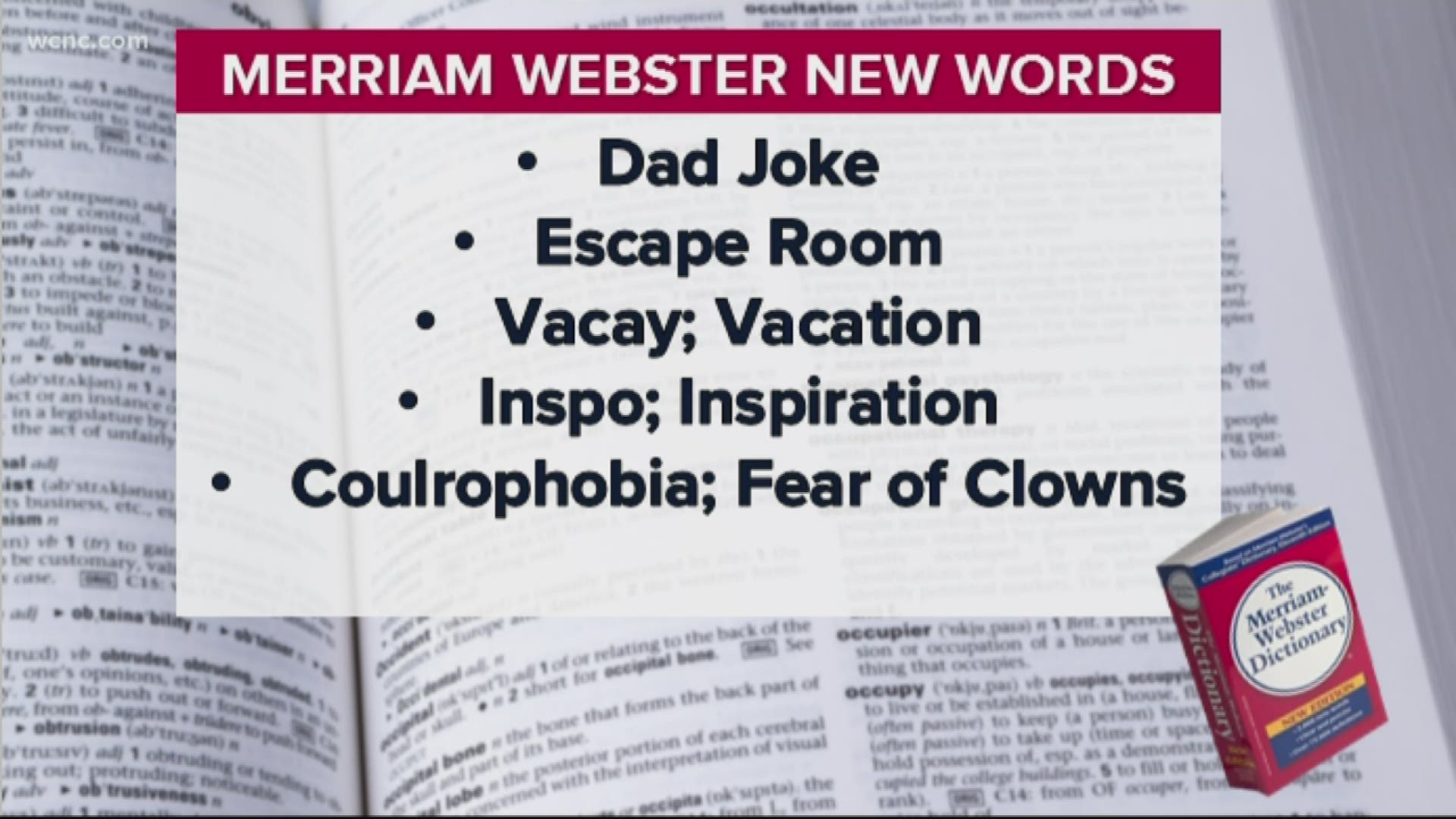 WASHINGTON — It was announced with a tweet. You can now feel comfortable telling your friends to be careful with what they flush, or else they'll cause a "fatberg."

The Merriam-Webster dictionary now defines this noun as a "large mass of fat and solid waste that collects in a sewer system."

The word is timely considering the rising popularity of moist towelettes and so-called "flushable" wipes, the varieties seem to be endless. They're apparently a nightmare for New York sanitation workers who don't find them "flushable" at all.

Other timely words have been added as well, which help us navigate a deeper understanding of each other, like the term colorism. This is defined as a "prejudice or discrimination especially within a racial or ethnic group favoring people with lighter skin over those with darker skin."

Words that have a long history in the English language, like "they", have been expanded in the Merriam-Webster dictionary and now have a new sense added. "They" can now refer to a person who sees their gender identity as non-binary.

The dictionary's addition is timely given that high profile people like British singer Sam Smith have recently declared their pronouns "they/them" on social media, revealing that they identify as non-binary. The pop star Sam Smith said they have gone through a "lifetime of being at war with my gender."

The popular dictionary, which has been adding new words, terms and senses for words for over 150 years added over 500 new words in September. Some you might not use that often, like "escape room", a game where players are confined to an enclosed setting and are given a set amount of time to escape.

Some new words have been heard in the news quite often, like "deep state."

The English language is a living, moving and constantly changing method of communication, leading the dictionary to frequently add words, terms and senses to its book.

The Merriam-Webster dictionary added an even higher number of words, 640 to be exact, to its collection back in April of 2019.