Largest US immigration raids in a decade net 680 arrests

The raids were at several Mississippi food processing plants, hours before President Donald Trump's visit to El Paso after a mass shooting in the Texas border city. 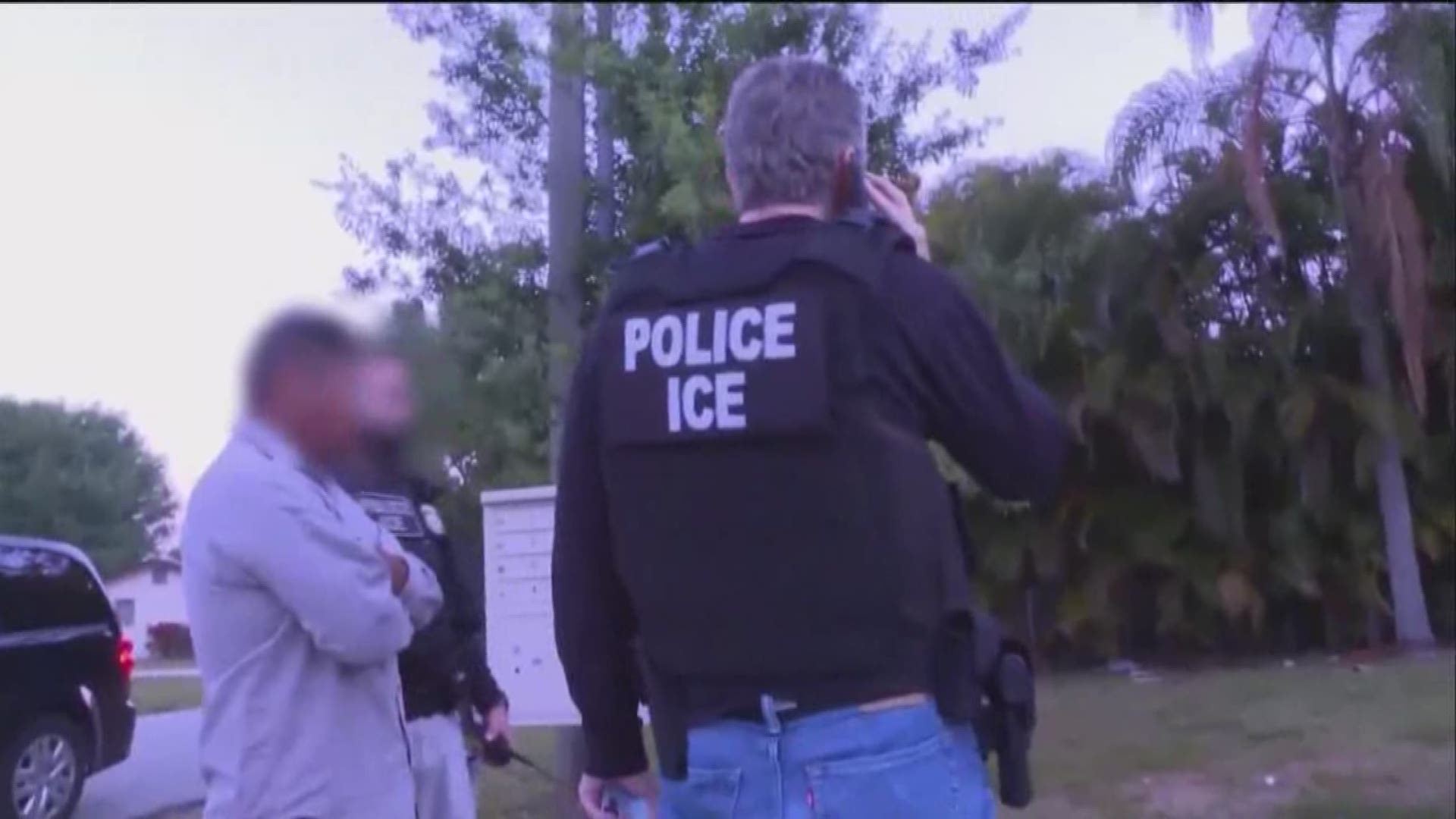 The raids, planned months ago, happened just hours before President Donald Trump visited El Paso, Texas, the majority-Latino border city where a man linked to an online screed about a "Hispanic invasion" was charged in a shooting that left 22 people dead.

"On a day when we seek unifying words and acts to heal the nation's broken heart, President Trump allows so many families and communities to be torn apart," said Angelica Salas, executive director of the Coalition for Humane Immigrant Rights.

About 600 U.S. Immigration and Customs Enforcement agents fanned out across the plants operated by five companies, surrounding the perimeters to prevent workers from fleeing.

In Morton, about 40 miles (65 kilometers) east of the capital of Jackson, workers filled three buses — two for men and one for women — at a Koch Foods Inc. plant.

Those arrested were taken to a military hangar to be processed for immigration violations. About 70 family, friends and residents waved goodbye and shouted, "Let them go! Let them go!" Later, two more buses arrived.

A tearful 13-year-old boy whose parents are from Guatemala waved goodbye to his mother, a Koch worker, as he stood beside his father. Some employees tried to flee on foot but were captured in the parking lot.

Workers, including Domingo Candelaria, who could show they were in the country legally were allowed to leave the plant after agents searched the trunks of their vehicles.

"It was a sad situation inside," Candelaria said.

Mississippi is the nation's fifth-largest chicken producing state and the plants' tough processing jobs have mainly been filled by Latino immigrants eager to take whatever work they can get. Chicken plants dominate the economies of Morton and other small towns east of Jackson.

Based in Park Ridge, Illinois, Koch is one of the largest poultry producers in the U.S, with operations in Mississippi and five other states. The company didn't respond to telephone calls and emails seeking comment.

Matthew Albence, ICE's acting director, told The Associated Press in an interview Wednesday in Pearl, just down the road from the Koch plant, that the raids could be the largest-ever workplace operation in any single state. Asked about their coinciding with Trump's visit to El Paso, Albence responded, "This is a long-term operation that's been going on." He said raids are "racially neutral" and based on evidence of illegal residency.

The companies involved could be charged with knowingly hiring workers who are in the county illegally and will be scrutinized for tax, document and wage fraud, Albence said.

Bill Chandler, executive director of the Mississippi Immigrant Rights Alliance, called the "terrible" raids "another effort to drive Latinos out of Mississippi," and he blamed Trump for fanning racism with his past incendiary comments about immigrants.

"This is the same thing that Trump is doing at the border with the Border Patrol," he said, referring to the increased crackdown on migrants coming into the U.S.

Major immigration raids were common under President George W. Bush, including one at a kosher meatpacking plant in Postville, Iowa, in 2008 that resulted in about 400 arrests. President Barack Obama avoided them, limiting workplace immigration efforts to low-profile audits.

Trump resumed workplace raids, but the months of preparation and hefty resources they require make them rare. Last year, the administration targeted a landscaping company near Toledo, Ohio, and a meatpacking plant in eastern Tennessee. The former owner of the Tennessee plant was sentenced to 18 months in prison last month.

On Wednesday, a hangar at a Mississippi Air National Guard base in Flowood, adjoining the Jackson airport, was set up to process those who were detained. Employees formed seven lines, one for each workplace raided, with fingerprint scanners and document printers at each interview station.

Cooling misters blew in front of fans, and 2,000 catered meals were ordered.

Agents who arrived at the Morton plant passed a chain-link fence with a sign that said the company was hiring. Workers' wrists were tied with plastic bands and they deposited personal belongings in clear plastic bags.

"This will affect the economy," Maria Isabel Ayala, a child care worker for plant employees, said as the buses left. "Without them here, how will you get your chicken?"

Other companies targeted in the raids included Peco Foods Inc., which has plants in Bay Springs, Canton and Sebastopol; PH Food Inc. in Morton; MP Food Inc. in Pelahatchie and Pearl River Foods Inc. in Carthage.

"We are fully cooperating with the authorities in their investigation and are navigating a potential disruption of operations," Peco, based in Tuscaloosa, Alabama, said in a statement. The company added that it participates in E-Verify, a government program to screen new hires for immigration status.