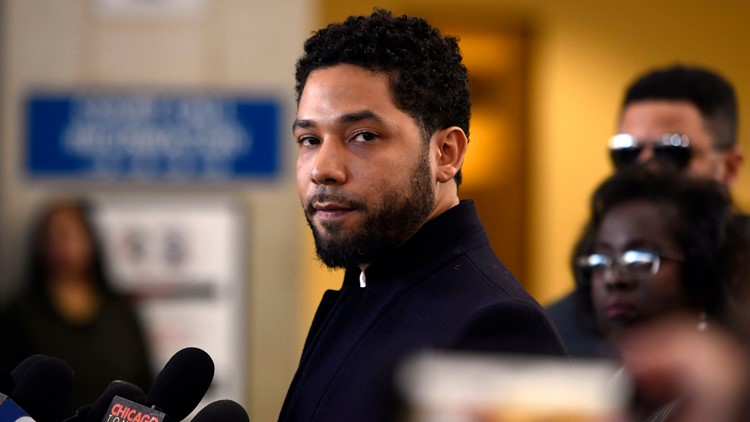 Photo by: AP
March 26, 2019 Jussie Smollett before leaving Cook County Court after his charges were dropped in Chicago.(AP)

WASHINGTON — Jussie Smollett has been indicted on six counts of disorderly conduct by Special Prosecutor Dan Webb. The charges stem from a 2019 incident where the actor claimed he was the target of a hateful attack in Chicago.

According to Chicago's WGN, no warrant has been issued, but reports say Smollett is due in court Feb. 24.

Last year Smollett was charged with 16 counts of disorderly conduct for orchestrating the incident which made national headlines, but with little explanation the state's attorney dropped all of the charges in March of 2019. Smollett told police that he was attacked by two men who yelled racist and homophobic slurs during the act.

The city of Chicago is also in a legal battle with Smollett over $130,000 in costs the city says the actor owes after a police investigation of his claims that he was attacked. Smollett's attorney's are counter-suing and have requested documents related to the firing of a former police superintendent.

In January, the Associated Press reported that lawyers for the actor asked the city of Chicago to give them the documents which showed that former police Superintendent Eddie Johnson was "misleading" and "untruthful" before his firing in late 2019. In an investigation, Chicago Inspector General Joseph Ferguson found that Johnson lied to Mayor Lori Lightfoot concerning his whereabouts and what he was doing on an October night when he was found sleeping in his running vehicle at a traffic light.