Check it out. He had to make sure the color combination on each of the 750 cubes was just right. 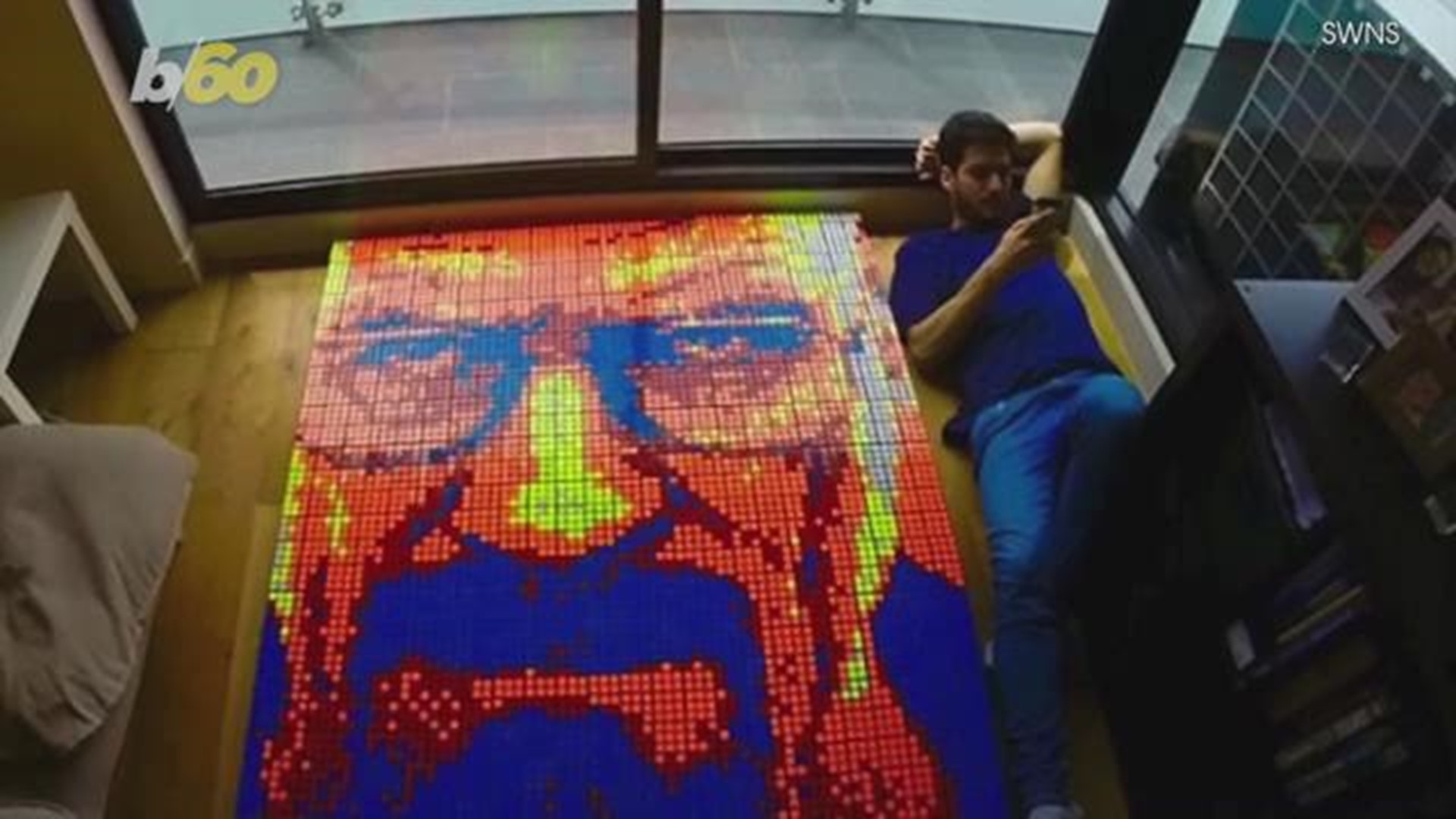 See the boy's finished work in the YouTube player below.

A Canadian boy with who calls dyslexia his "SUPERPOWER" has wowed social media by creating a mosaic portrait of WWE star John Cena out of 750 Rubik's Cubes.

Benjamin Russo, 9, posted a time-lapse video of his creation on YouTube. The project reportedly took him five hours over three weeks and was compiled into a 2:41 video.

The video starts with Benjamin looking at the camera and holding up cards to tell his story.

"Hi. My name is Benjamin," the cards read. "I have dyslexia. I struggle with reading and writing. I mix up my words. I get very frustrated and upset too sometimes. But having dyslexia also means I can do something amazing! Like this..."

Then we see as Benjamin puts together his portrait of cubes. All the while, Cena's two entrance theme songs, "Basic Thuganomics" and "The Time Is Now," play underneath.

A close inspection of the finished portrait shows that Benjamin wasn't just putting solid colors together. He had to set up the colors of each cube just right in order to make the phenomenal image work.

At the end, Benjamin holds up some more cards saying, "Dyslexia is not my disability. Dyslexia is my SUPERPOWER."

The video caught the attention of Cena, who responded on Twitter.

"This is the embodiment of #NeverGiveUp. Benjamin demonstrates courage, perseverance, vulnerability, tremendous strength... and he’s an ARTIST! I admire you, your work, and your outlook," Cena wrote.

RELATED: Can you solve a Rubik's Cube as fast as this St. Louis 12-year-old?

Benjamin's family responded on Instagram, saying "we would have never thought we would have John Cena tweet about it! Amazing! His idol!"

They also said Benjamin is "on to the next one" and would have to disassemble the Cena portrait because "we can't be buying 750 cubes each time."

Benjamin's mother reportedly told NBC's TODAY show via Instagram that his spatial awareness and intelligence are linked to dyslexia, and says that's why he can easily copy any pattern from a cube.

The International Dyslexia Association says "Dyslexia refers to a cluster of symptoms, which result in people having difficulties with specific language skills, particularly reading."