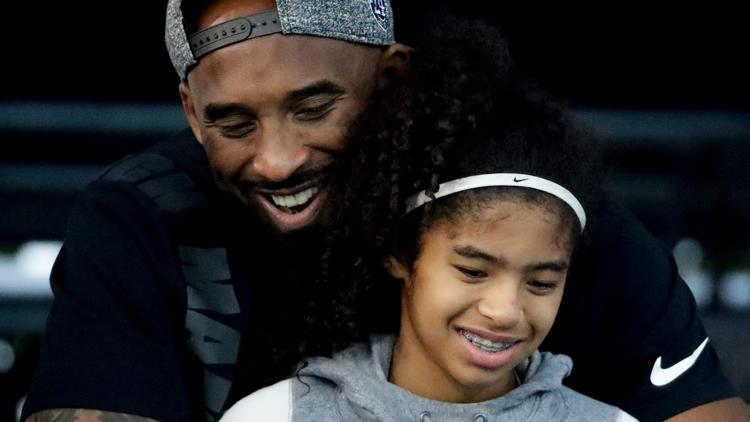 As expected, this All-Star weekend has been largely about honoring the life of Kobe Bryant. The first All-Star MVP award named for for NBA icon was handed out Sunday night.

Rapper Common gave a performance highlighting to the city of Chicago and gave a tribute to Bryant while on stage.

NBA on TNT live streamed the performances on Twitter. Stars and fans held a moment of silence for Bryant and Stern before the game.

When the NBA legends gathered for their annual game-day brunch Sunday, remembering the lives of Bryant and Commissioner Emeritus David Stern was very high on the agenda.

The NBA announced a list of entertainers that will be at All-Star weekend. Dr. Dre gave an epic video tribute that NBA on TNT released a video of Sunday night on Twitter.

Hudson's special tribute is to Bryant, his daughter Gianna and the seven other victims of the helicopter crash that took their lives in Southern California on Jan. 26.

Portland guard Damian Lillard did not play this weekend because of an injury, but still went on stage to perform. As Oregon Live reported, Lillard became the first player to perform musically during All-Star Saturday night.

The Associated Press contributed to this report