The nearly 82-year-old actress moved to D.C. to take part in the fight against climate change. Fonda among 16 people arrested, police say. 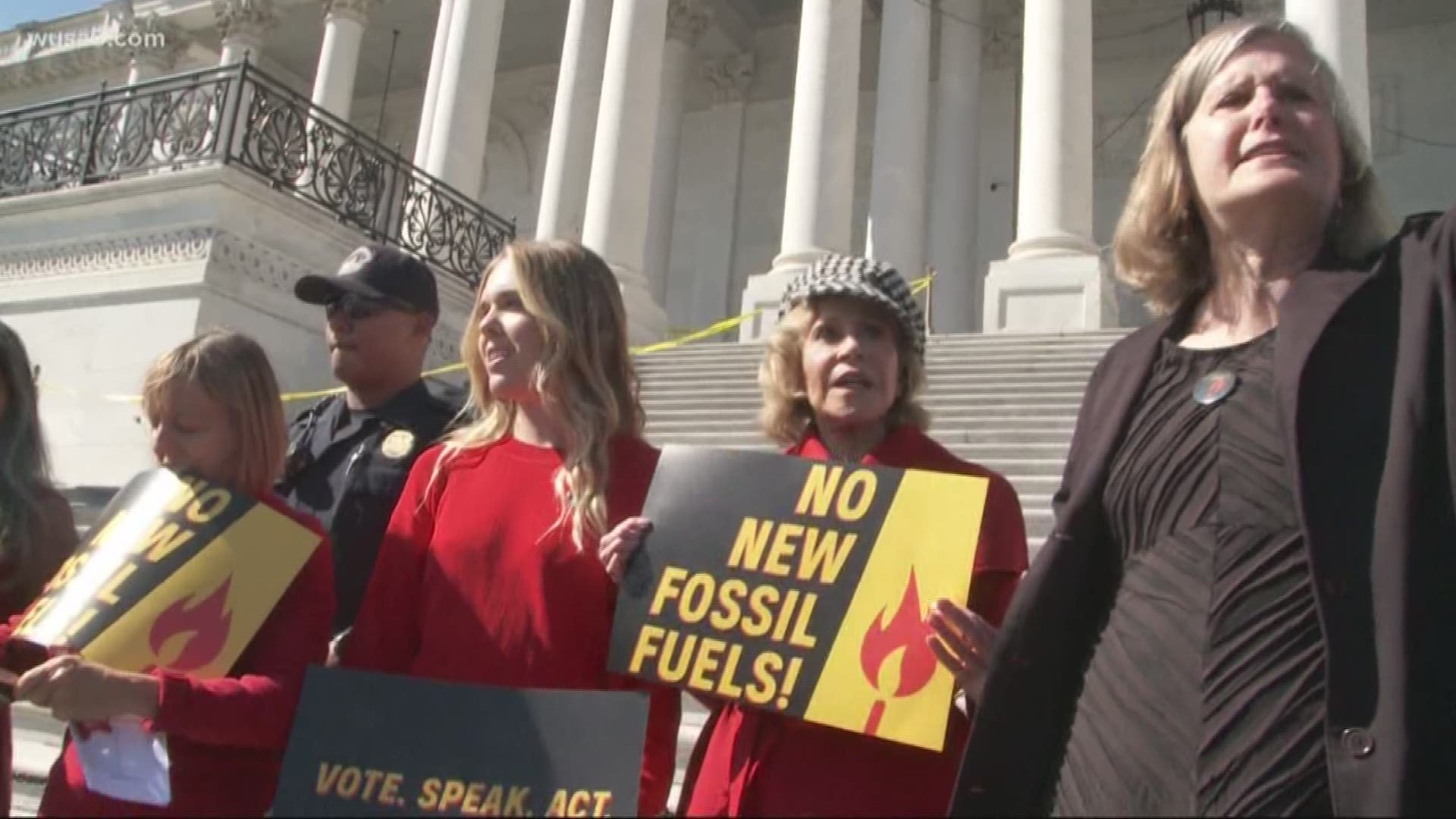 WASHINGTON — Jane Fonda has been arrested on the steps of the U.S. Capitol Building as she and dozens of others protest climate change.

The nearly 82-year-old moved to D.C. to take part in the fight against climate change and said she'll be on the steps of the U.S. Capitol every Friday through January.

Surrounded by dozens of other climate activists she was arrested Friday on the steps of the Capitol Building.

U.S. Capitol Police said 16 people were arrested for unlawfully demonstrating on the East Front of the U.S. Capitol. All were charged with D.C. Code 22-1307 crowding, obstructing or incommoding.

Demonstration activity is only allowed in designated areas on U.S. Capitol Grounds, according to the U.S. Capitol Police's website.

Here's an areas of where and protesters are permitted and where they are not permitted to be, according to the U.S. Capitol Police.

Fonda and the other climate activists -- most of them aren't even old enough to vote -- are demanding that lawmakers take action to address what she calls "an existential threat."

"We have to be sure that the crisis that is climate change remains front and center like a ticking time bomb," Fonda said. "We don’t have very much time, and it's really urgent."

The focus will shift every Friday, ranging from the Green New Deal to fresh water and forests.

Stay with WUSA9.com for more on this developing story.

RELATED: 'We don't have much time' | Jane Fonda will be on the Capitol steps every Friday demanding climate change action