In a statement on Instagram, Lovato thanked her fans and family. 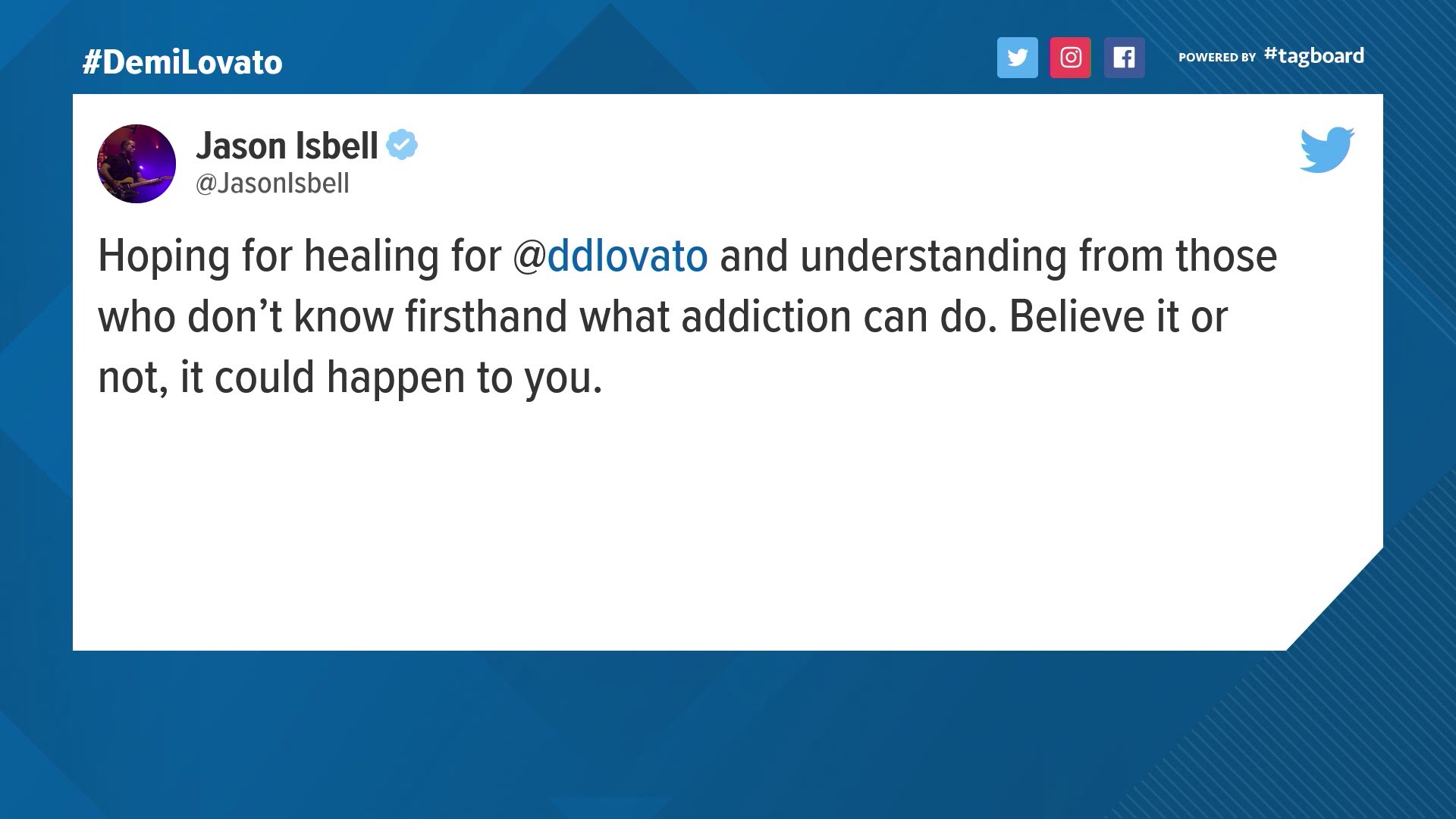 Demi Lovato is breaking her silence for the first time since being hospitalized for a possible overdose last month.

The 25-year-old songstress thanked God, her fans, her family and the hospital staff at Cedars-Sinai, "who have been by my side the entire time," in a message shared Sunday on her Instagram account.

Lovato's statement does not offer any details about the incident two weeks ago, but does acknowledge her ongoing battle with sobriety and addiction.

“I have always been transparent about my journey with addiction. What I’ve learned is that this illness is not something that disappears or fades with time. It is something I must continue to overcome and have not done yet,” she wrote.

The "Sober" singer said the support of her fans has helped her immensely through this trying time.

"I want to thank God for keeping me alive and well,” she wrote. “To my fans, I am forever grateful for all of your love and support throughout this past week and beyond. Your positive thoughts and prayers have helped me navigate through this difficult time.”

Lovato asked for "time to heal and focus" on her sobriety but notes that she's grateful for the outpouring of love she received. She vowed to "keep fighting."

"I look forward to the day where I can say I came out on the other side," Lovato said.

The singer's statement comes two weeks after she was rushed to the hospital for an alleged overdose.

The Los Angeles Police Department told USA TODAY that at 11:37 a.m. on July 24, authorities received a call from the 8000 block of Laurel View Drive. "We had a call out for possible overdose for a female approximately 25 years of age," said Officer Ray Brown.

LAPD would not confirm the woman's identity. However, Lovato is 25 and owns a home in that area.

The singer is still in the hospital but has agreed to go to rehab, reports say.

Unnamed sources told TMZ on Thursday and People on Friday that the singer will begin treatment immediately after she is discharged.

“Demi is well enough to leave the hospital this weekend. She has agreed to rehab and will go straight to an in-patient facility,” a source told People. “It’s her choice to go to rehab. This is not anything that can be forced.”

It remains unclear where she plans to check in.