Democrats and Republicans have been fighting for months over spending priorities. 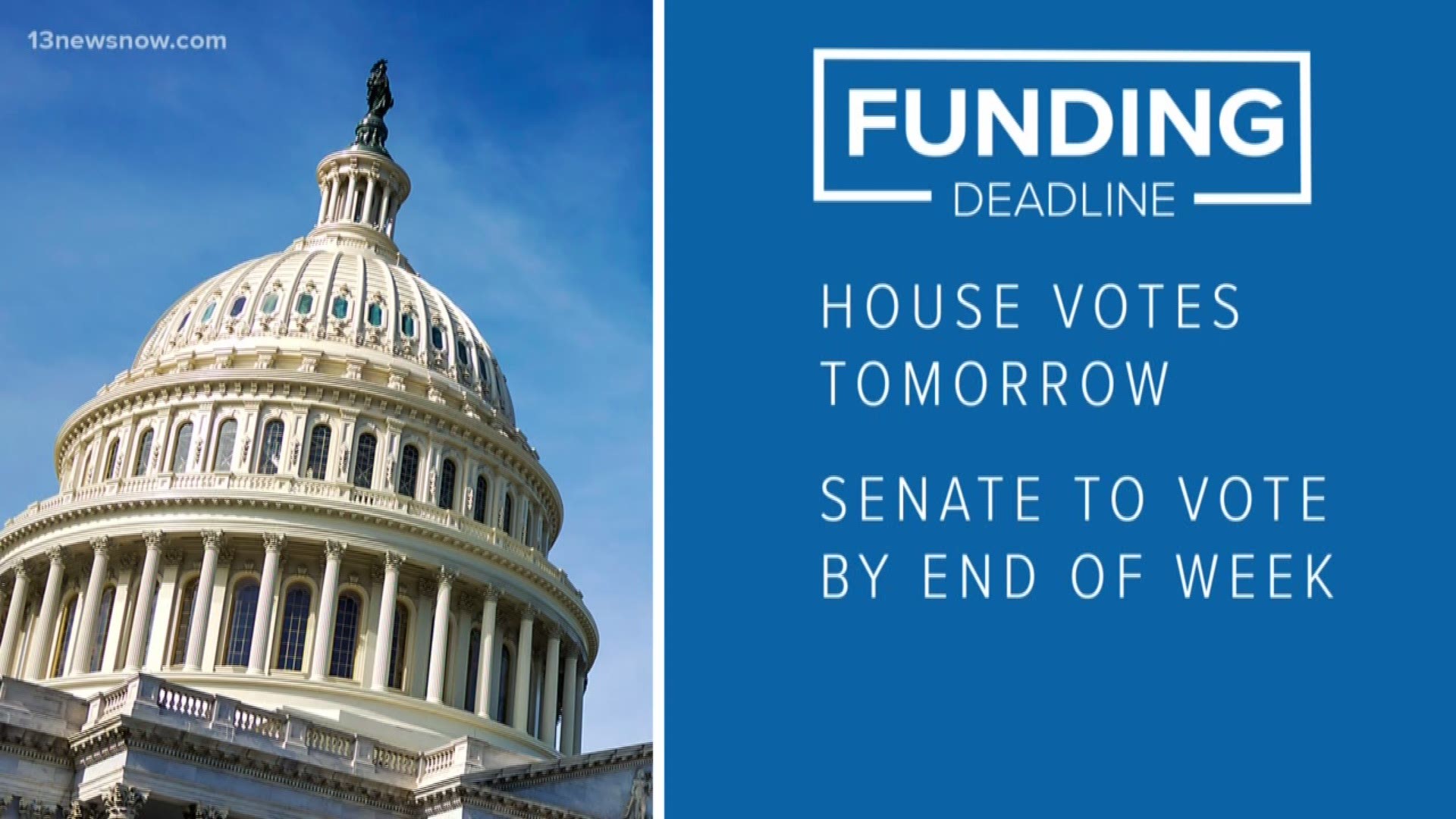 It also gives Democrats spending increases across a swath of domestic programs. The 2,371-page legislation calls for $1.4 trillion in federal spending to head off a government shutdown that would otherwise take place this weekend.

The first of the two-bill package passed 297-120 and the second 280-138. The Senate is expected to approve both before it moves to President Trump to sign.

Last year, disagreement over the spending bill, particularly over border wall funding, let to a 35-day government shutdown. It was the longest in the nation's history.

President Donald Trump is expected to sign the two-bill package.