Bush once said he was a 'self-proclaimed sock man.' 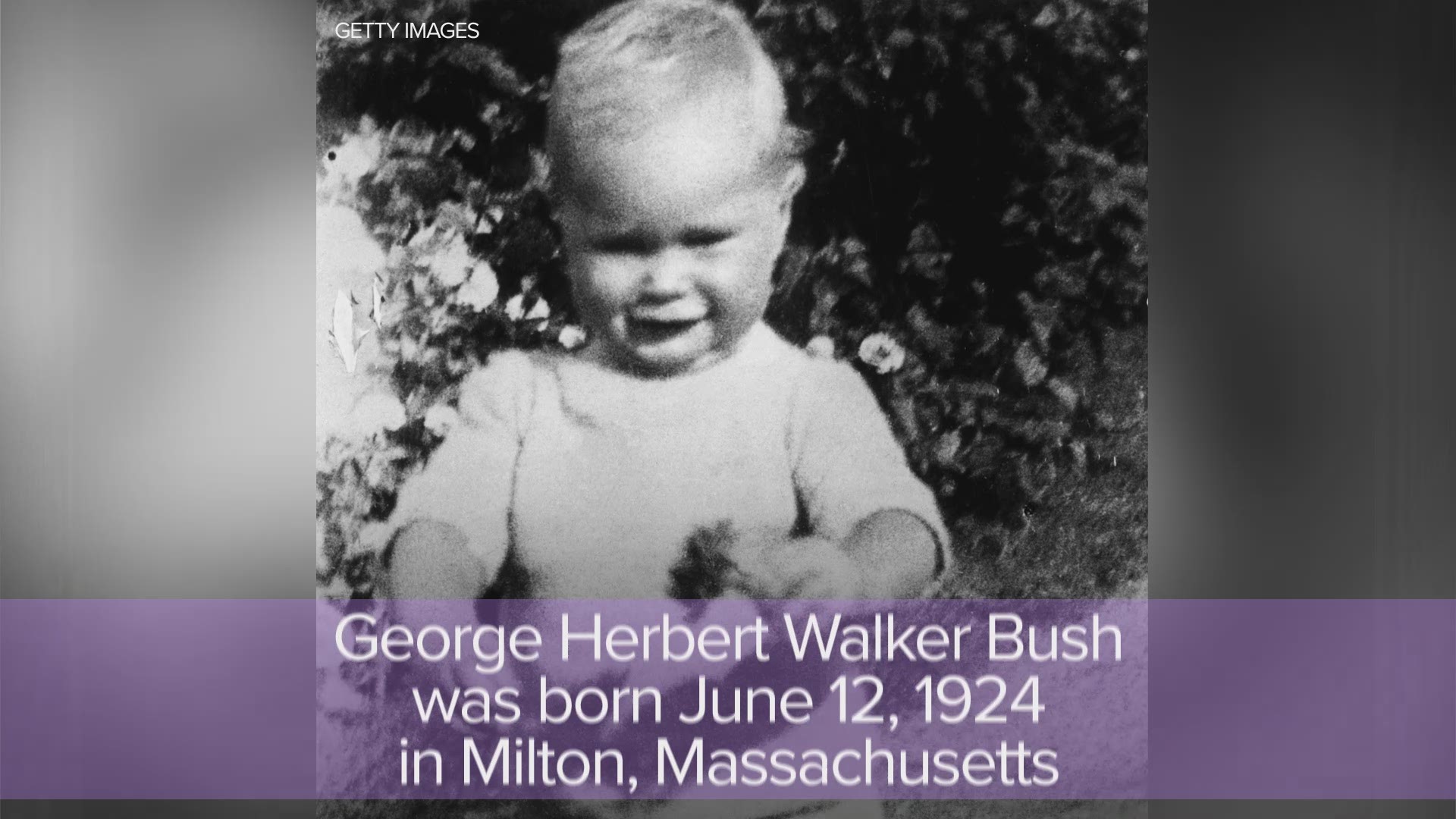 Former President George H.W. Bush became somewhat of a presidential-style icon for his fun, colorful socks that he often wore during public outings.

“I’m a self-proclaimed sock man," Bush once said in an email from the Republican National Committee. "The louder, the brighter, the crazier the pattern - the better.”

His socks even honored his wife. Bush wore book-themed socks to Barbara Bush's funeral to celebrate her commitment to literacy. His wife of 73 years, Bush died April 17 at 92 years old, after choosing to forgo further medical treatment after a series of hospitalizations.

He followed suit on Friday, passing away just months after his wife at the age of 94.

But that wasn't the first time Bush used his foot-wear to make a statement. From American flags to Superman, here are some of Bush's iconic sock looks throughout the years.

Yesterday I was inspired by my friend John Cronin to wear these beauties from @JohnsCrazySocks marking World Down Syndrome Day. A great sock supporting a wonderful cause. #johnscrazysocks #worlddownsyndromeday #happiness #downsyndrome pic.twitter.com/3ulu8ORsta

Encouraging my fellow Texans to do your civic duty by early voting today. Election Day is next Tuesday the 6th. While I am at it, this very proud grandfather will also put in a plug for @georgepbush for Texas Land Commissioner. A good man doing a great job. pic.twitter.com/qqTao47iaO

Socks with his face

How did George HW Bush ever convince America that he was boring? The man has socks featuring his face. h/t @pagelav pic.twitter.com/65ERTRJS9J

Lest not forget George HW Bush's famous admission, "I'm a sock man" @WillieGeist Well folks, that he is: pic.twitter.com/sjiraMd9ao

Enjoyed my annual lunch with President and Mrs. Bush in Maine. Envious of his "western cactus"-themed socks.#sockswag pic.twitter.com/nXJV2DGnnj

The ageless @BarbraStreisand & James Brolin before her fantastic Houston show. "Babs" was more gracious about my singing advice than "Bar". pic.twitter.com/it0HSqp6FW

Becoming an honorary member of the @BlueAngels in Houston last week. God bless all who serve. pic.twitter.com/oo4GLJNuQQ

Some may wonder what a self proclaimed sock man wears on his 89th bday. I think he's as super as the socks. #41s89th pic.twitter.com/eYoK3LJSOy