Harris team says it was blindsided by VP-elect's Vogue cover

A person familiar with the negotiations with Vogue says Harris' team wasn't aware of the photo switch until images of the cover leaked out Saturday night. 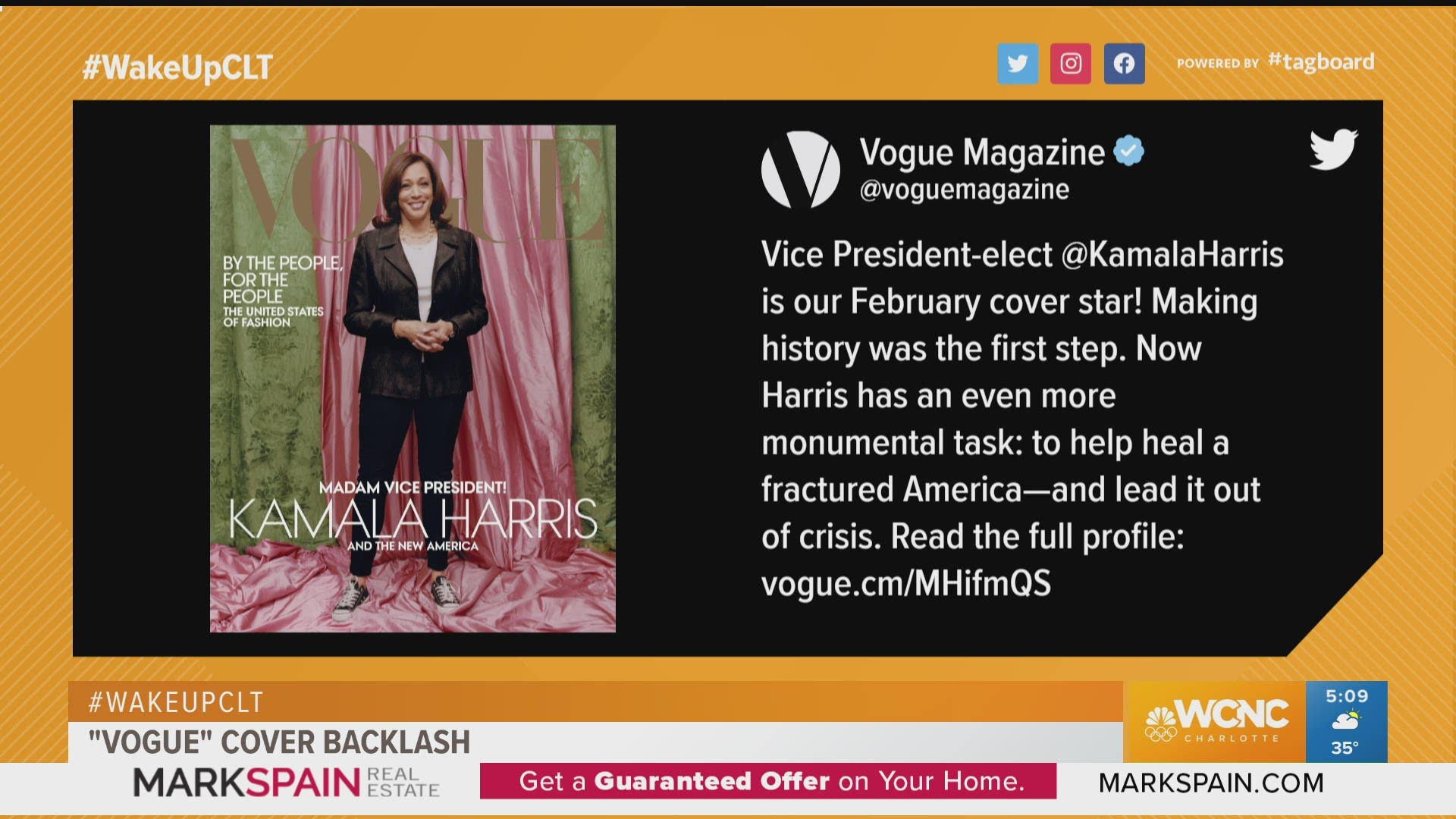 WILMINGTON, Delaware — Vice President-elect Kamala Harris has landed on the cover of the February issue of Vogue magazine, but her team says there's a problem: the shot of the country's soon-to-be No. 2 leader isn't what both sides had agreed upon, her team says.

Instead of the powder blue power suit Harris wore for her cover shoot, the first African American woman elected vice president is instead seen in more casual attire and wearing Converse Chuck Taylor sneakers, which she sometimes wore on the campaign trail.

Harris' team was unaware that the cover photo had been switched until images leaked late Saturday, according to a person involved in the negotiations over how Harris would be featured on the cover. Harris' office declined to comment and the person spoke Sunday on condition of anonymity.

Making history was the first step. Now Harris has an even more monumental task: to help heal a fractured America—and lead it out of crisis. Read the full profile: https://t.co/W5BQPTH7AU pic.twitter.com/OCFvVqTlOk

In a statement, Vogue said it went with the more informal image of Harris for the cover because the photo captured her "authentic, approachable nature, which we feel is one of the hallmarks of the Biden-Harris administration.”

But the magazine said it released both images as digital magazine covers to “respond to the seriousness of this moment in history, and the role she has to play leading our country forward.”

Harris, who is of Jamaican and Indian descent, posed in the light blue suit in front of a gold backdrop for the magazine's cover. She also posed, more casually dressed in slacks, a blazer and sneakers in front of a pink and green background, for photos that were planned for inside the magazine, the person said. Pink and green are the colors of Harris' college sorority, Alpha Kappa Alpha.

RELATED: Harry Styles wears a dress for Vogue — and it's controversial

Vogue has released both images online, but the photo of a sneaker-clad Harris is the one that will grace the cover of the fashion bible's print edition.

The person with knowledge of the negotiations said Harris' team has expressed to Vogue its disappointment over the magazine's decision.

The cover also generated outrage on social media as posters expressed disappointment in how the magazine decided to present the nation's first female vice president on its cover.

Harris is set to be sworn in as vice president on Jan. 20.