Greenland to Trump: Thanks, but we're not for sale

Greenland said that it's happy President Donald Trump has taken an interest in the nation, but it's not for sale. 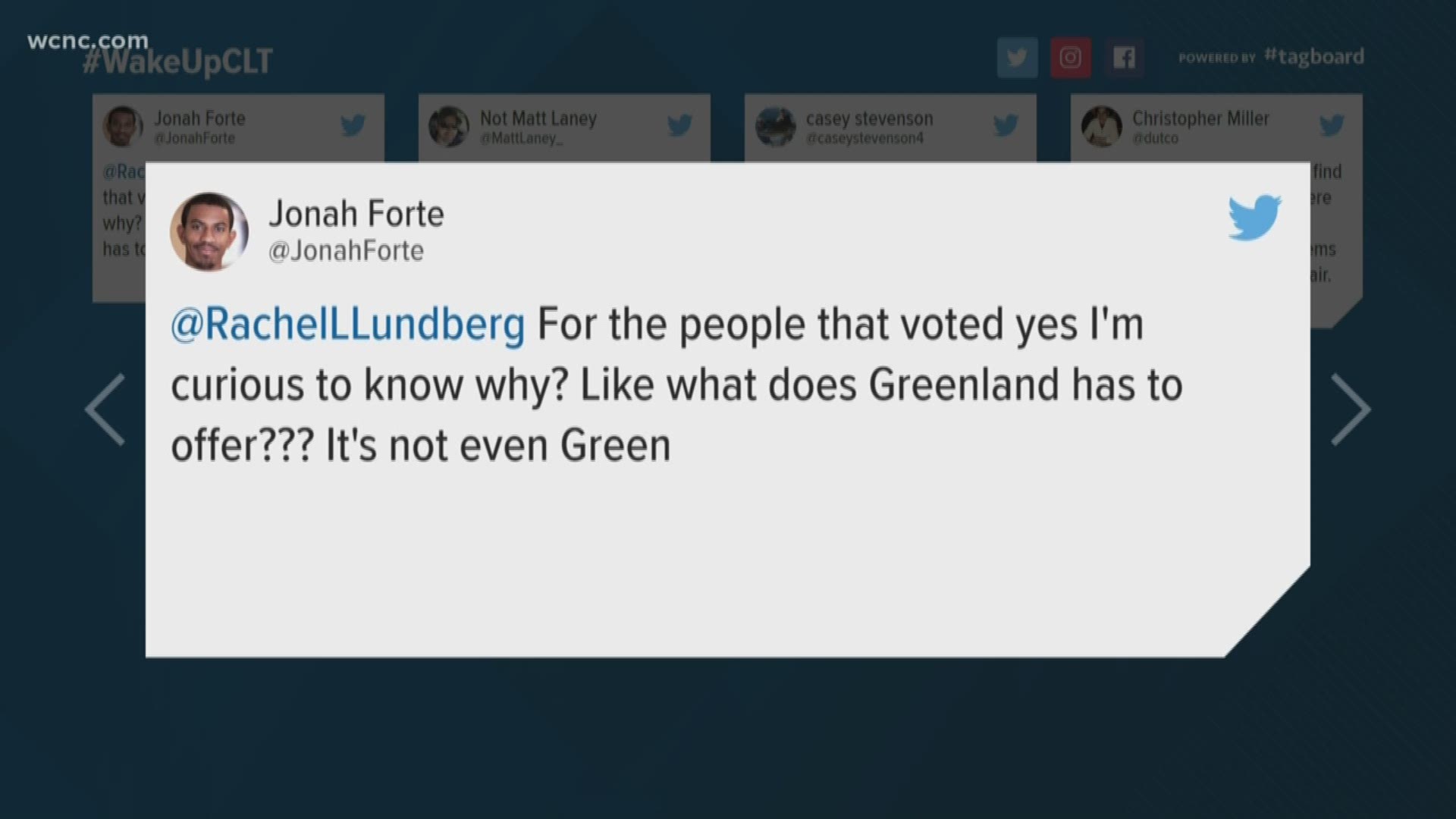 Although amused, they're definitely not warming up to the U.S. president's talk of buying the semiautonomous Danish territory.

"We see it as an expression of greater interest in investing in our country and the possibilities we offer," the Greenland government said Friday in a short statement. "Of course, Greenland is not for sale."

Reports that Trump had spoken about the notion of buying the land mass, which lies between the Atlantic and Arctic oceans, were good for a laugh, residents said.

"He has nothing to do with Greenland," said 28-year-old Martina M.D.D. Tay, who was born and raised in Tasiilaq, a coastal Greenland town of about 2,000 people. "I think it's a ridiculous idea. I think it sounds stupid."

Lars Loekke Rasmussen, who served as Danish prime minister until June, weighed in on social media, tweeting "it must be an April Fool's Day joke" that was out of season.

RELATED: Trump has talked about buying Greenland for US

A Trump ally told The Associated Press on Thursday that the Republican president had discussed the purchase but was not serious about it. And a Republican congressional aide said Trump brought up the notion of buying Greenland in conversations with American lawmakers enough times to make them wonder, but they have not taken his comments seriously. Both spoke on the condition of anonymity to discuss private conversations.

"Because of the unofficial nature of the news, the government of Greenland has no further comments," Greenland said on its website.

The White House has not commented on the reports, but it wouldn't be the first time an American leader tried to buy the world's largest island.

In 1946, the U.S. proposed paying Denmark $100 million to buy Greenland after flirting with the idea of swapping land in Alaska for strategic parts of the Arctic island.

When she heard that Donald Trump wants to buy Greenland, Tina Joergensen laughed.

"I thought it was a joke," said Joergensen, a native of Denmark who was flying from tiny Kulusuk on Greenland's eastern coast to the larger Tasiilaq for a new job as a nurse. "He can buy anything I guess, or this is what he thinks he can. But you can't — sorry. In my view, you can't buy a country. It's very respectless."

Jakob Ipsen was less than impressed with the possibility Trump may want to purchase his nation. Ipsen has something in common with the U.S. president: Both run hotels.

Ipsen's hotel is smaller than a Trump one and provides hands-on service, such as finding boats and driving guests around. Ipsen noted there's a history of outsiders unsuccessfully wanting to take over the giant, mostly barren island.

Miller reported from Washington. Matthew Lee in Washington and David Rising in Berlin contributed to this story.