In total, the Department of Justice had a $35.2 billion Fiscal Year 2022 budget request to Congress. 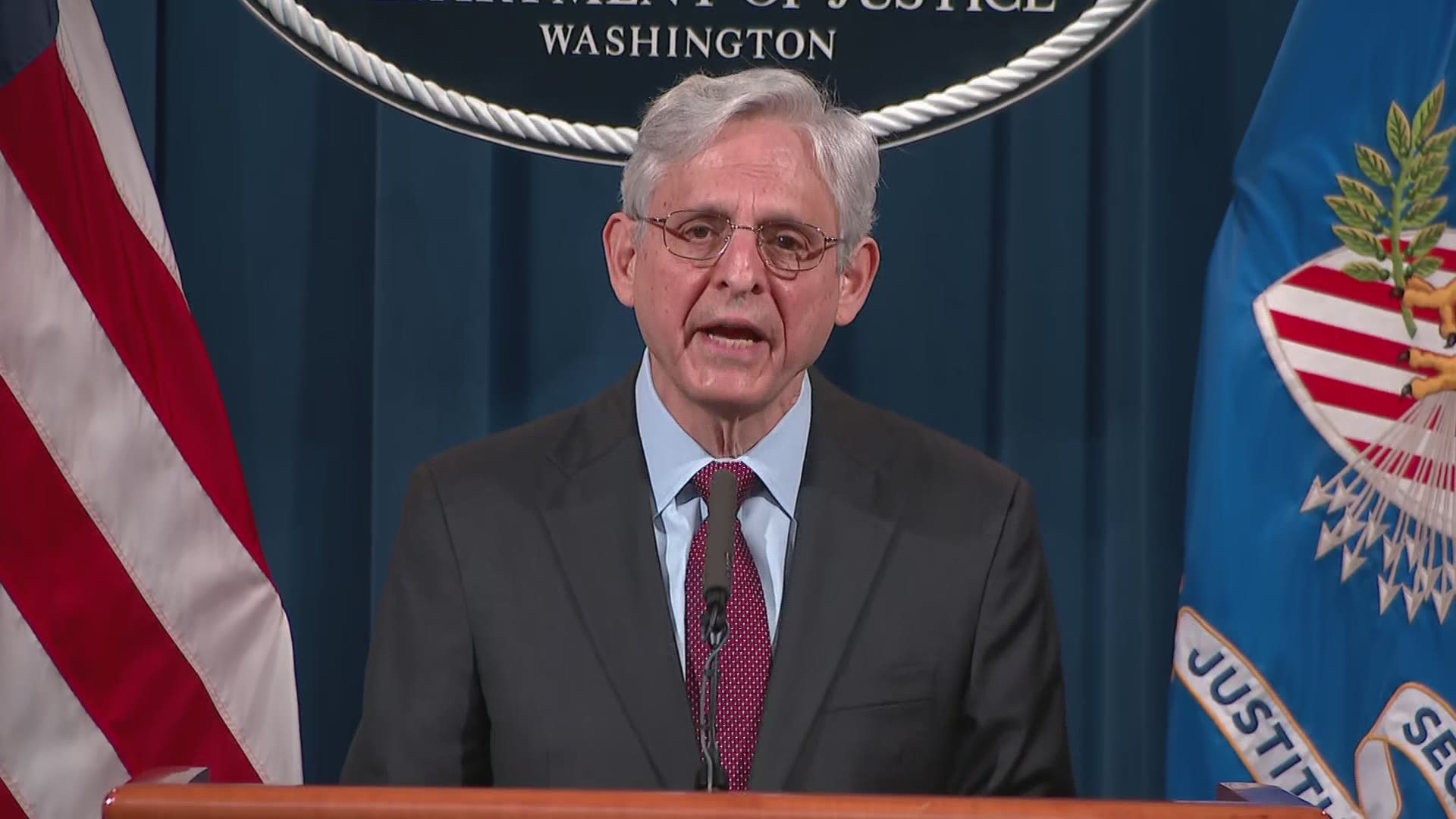 During a hearing with a House Appropriations subcommittee, Garland used his first public testimony as Attorney General to ask for a boost in funding for the FBI, the department's Civil Rights Division and other avenues to support community-oriented policing, environmental justice and address systemic inequalities, all part of President Joe Biden's budget proposal.

In total, the Department of Justice had a $35.2 billion Fiscal Year 2022 budget request to Congress.

It includes an increase of $45 million for the FBI to tackle and investigate domestic terrorism and another $40 million for U.S. attorneys to manage the caseloads.

Even before taking on the role as Attorney General, Garland vowed in February that he planned to prioritize combating extremist violence. He said during a confirmation hearing that his first focus would be on the insurrection at the U.S. Capitol.

“I will supervise the prosecution of white supremacists and others who stormed the Capitol on January 6 — a heinous attack that sought to disrupt a cornerstone of our democracy: the peaceful transfer of power to a newly elected government,” Garland said on February 21.

According to the Hill, the Department of Justice is handling more than 400 cases against the rioters who stormed the Capitol.

Credit: AP
Attorney General Merrick Garland speaks about a jury's verdict in the case against former Minneapolis Police Officer Derek Chauvin in the death of George Floyd, at the Department of Justice, Wednesday, April 21, 2021, in Washington. (AP Photo/Andrew Harnik, Pool)

On Tuesday, he expanded on that promise and requested to increase the Justice Department's Civil Rights DIvision's funding by $33 million to help protect voting rights and prosecute hate crimes. Garland, in a prepared statement, said he hopes to use the funding to tackle the crimes experienced by the Asian American and Pacific Islander communities during the COVID-19 pandemic.

RELATED: A look at high-profile cases over killings by US police

Garland also requested an investment of $1 billion to support the Office of Violence Against Woman to help boost grant programs looking to eliminate gender-based violence. He also asked for $120 million to expand the country's efforts in taking on the backlog of rape kits.

"Promoting public trust between communities and law enforcement is essential to making both communities and policing safer," Garland said in a pre-written statement. "Our budget proposes increased investment in programs that support community-oriented policing and addressing systemic inequities, including $1.2 billion, an increase of $304 million."

After addressing gun violence alongside President Joe Biden at the beginning of April, Garland asked the subcommittee to consider increasing the Justice Department's resources by $232 million specifically to target gun violence. The money would be used to not only support DOJ federal law enforcement but also community violence intervention programs, improve background checks and help implement more comprehensive red-flag laws.