Miami City Manager Art Noriega said the relationship between Police Chief Art Acevedo and the police department and the community has "deteriorated beyond repair."

MIAMI — Former Houston Police Chief Art Acevedo has been suspended and will soon be out of a job, according to a statement from Miami City Manager Art Noriega.

Noriega released a statement Monday saying the relationship between Acevedo and the department “has become untenable and needed to be resolved promptly.”

Miami's mayor, Francis X. Suarez, says this was a difficult decision and it "marks the beginning of the end of an unfortunate episode for our city."

During a press conference Tuesday, Saurez said he supports Noriega's decision and feels like he made a decision that was in the best interest of Miami residents and employees.

"While it is clear that Chief Acevedo has the qualifications and the experience to be an effective chief of police, it is also obvious that his personality and leadership style are incompatible with the structure of our city's government," Saurez said. 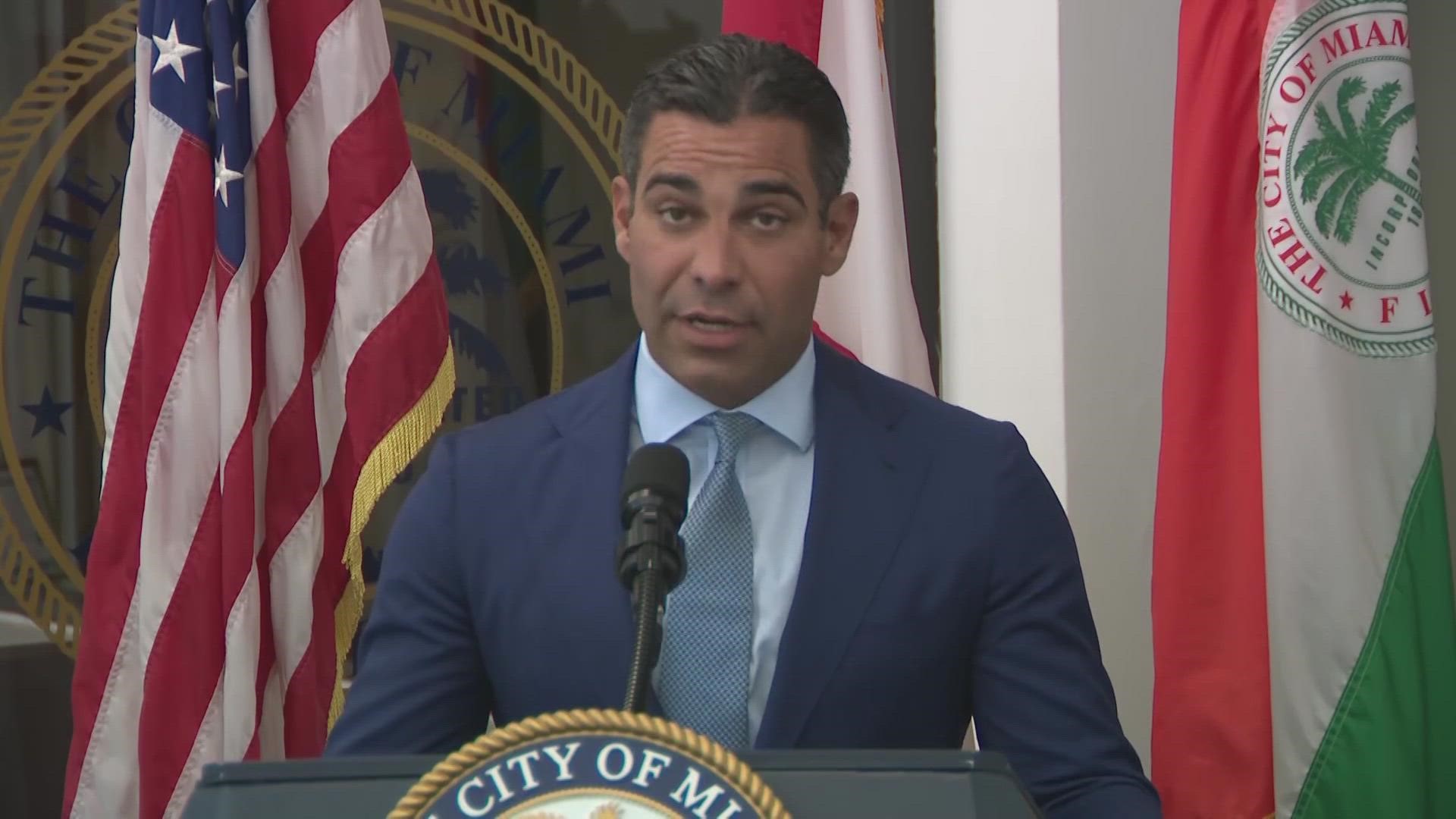 Suarez said Acevedo was offered to resign before the announcement of his suspension.

Acevedo will take this matter through a hearing that will likely be scheduled for Friday, Suarez confirmed.

Here's the full statement from Noriega:

“Today, I suspended Police Chief Art Acevedo with the intent to terminate his employment, consistent with the City Charter.

"The relationship between the Chief and the organization has become untenable and needed to be resolved promptly. In particular, the relationship between the Chief and the Police Department he leads – as well as with the community – has deteriorated beyond repair. Relationships between employers and employees come down to fit and leadership style and unfortunately, Chief Acevedo is not the right fit for this organization.

"It is now time to move forward with the search for new leadership at MPD. Assistant Police Chief Manny Morales will be appointed as interim chief as the City engages in the search for a permanent replacement.

"As this matter remains a personnel matter between employee and employer, I will have no further comment at this time.”

According to CBS Miami, there was tension at city hall after the 57-year-old Acevedo had said the police department was run by the ‘Cuban mafia’ and demoted and fired some officers and supervisors.

Acevedo was named police chief in Houston in late 2016 and took the job in Miami earlier this year.

When he accepted the new position, Acevedo said he wasn't looking for the opportunity and initially turned down the Miami job, but called the decision to leave a "journey of faith."

When Acevedo was hired, Noriega cited his track record, dynamic personality and enthusiasm when introducing him at a news conference.

"He was the first Hispanic to lead the Houston Police Department, which really helps him understand the complex issues in the Hispanic community and will help make a smooth transition to the Magic City," Noriega said at the time.