FBI: Inmate is most prolific serial killer in US history

Of the 93 murders that 79-year-old Samuel Little has confessed to, officials have already been able to verify 50 so far. They believe each confession is credible. 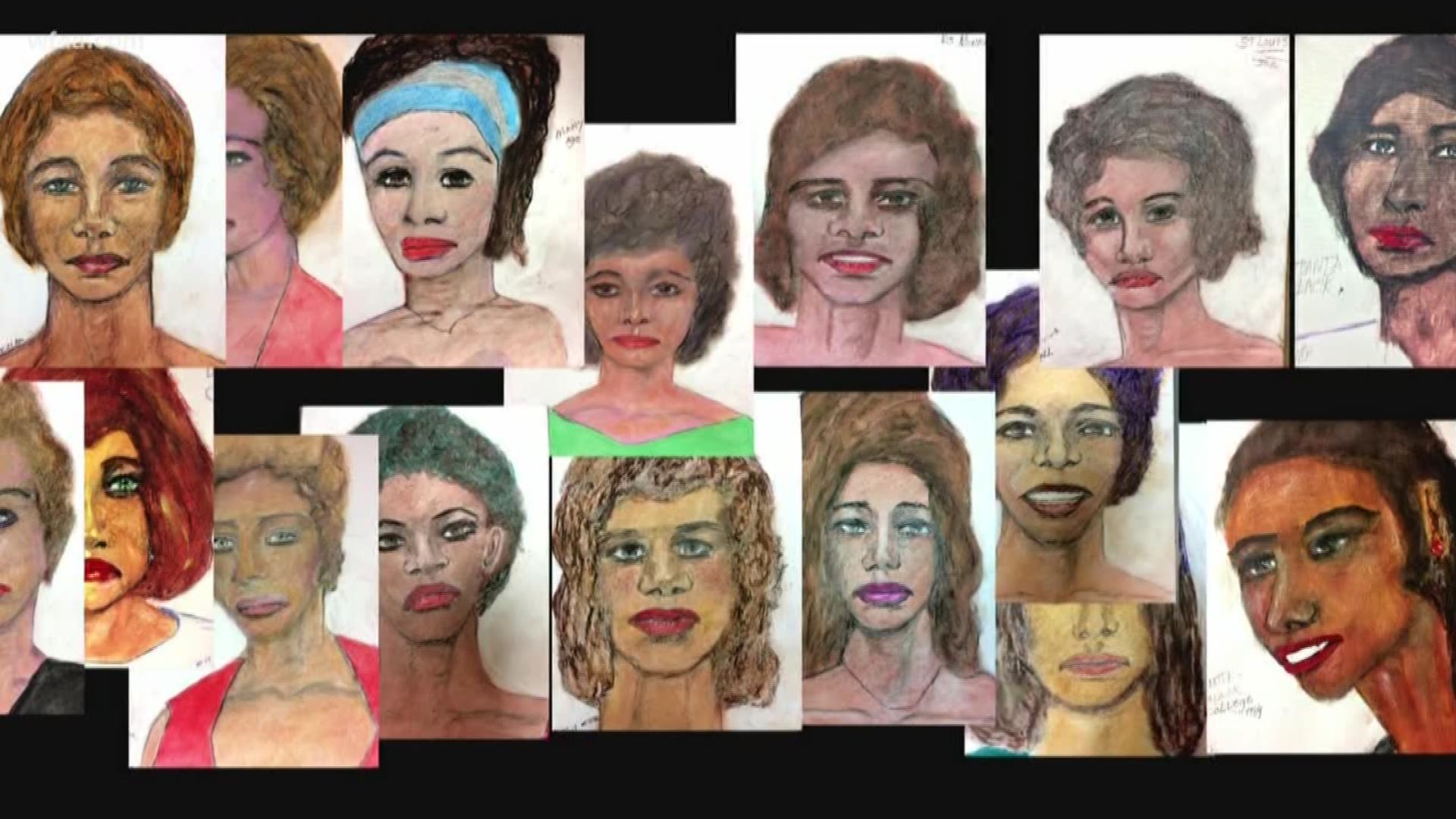 ST. PETERSBURG, Fla. — The inmate who claims to have killed more than 90 women across the country is now considered to be the most prolific serial killer in U.S. history, the Federal Bureau of Investigation said.

Samuel Little, who has been behind bars since 2012, told investigators last year that he was responsible for about 90 killings nationwide between 1970 and 2005. In a news release on Sunday, the FBI announced that federal crime analysts believe all of his confessions are credible, and officials have been able to verify 50 confessions so far.

The 79-year-old Little is serving multiple life sentences in California. He says he strangled his 93 victims, nearly all of them women.

Some of his victims were on the margins of society. Many were originally deemed overdoses, or attributed to accidental or undetermined causes. Some bodies were never found.

The FBI provided 30 drawings of some of his victims — color portraits that were drawn by Little himself in prison. They are haunting portraits, mostly of black women.

The agency also provided videos taken during prison interviews with Little. He described how he spoke about a woman he strangled in 1993 — and how he rolled her down a slope on a desolate road.

"I heard a secondary road noise and that meant she was still rolling," he said.

In another video, he described a victim in New Orleans. "She was pretty. Light colored, honey brown skin," he said with a small smile. "She was tall for a woman. Beautiful shape. And, uh, friendly."

It was 1982, and they met in a club. She left with him in his Lincoln, and they parked by a bayou.

"That's the only one that I ever killed by drowning," he said.

Credit: AP
FILE - In this Monday, Nov. 26, 2018 file photo, Samuel Little, who often went by the name Samuel McDowell, leaves the Ector County Courthouse after attending a pre-trial hearing in Odessa, Texas. Little, who has confessed to killing more than 90 women across the U.S. has been indicted in Cleveland for the strangulation deaths of two women decades ago. Cuyahoga County Prosecutor Michael O’Malley on Friday, May 31, 2019 said 78-year-old Samuel Little confessed to killing 21-year-old Mary Jo Peyton in 1984 and 32-year-old Rose Evans in 1991.(Mark Rogers/Odessa American via AP, File)

Investigators around the country are still trying to piece together his confessions with unidentified remains and unsolved cases from decades past. In August , he pleaded guilty to murdering four women in Ohio. He was convicted in California of three slayings in 2013 and pleaded guilty to another killing last year in Texas.

Authorities in Knox County, Tennessee, said Monday that a woman named Martha Cunningham was likely a victim of Little's.

The Knoxville News Sentinel reported in December that a cold case investigator with the Knox County Sheriff's Office had identified the victim who Little called "Martha." The Knoxville mother's body was found in a wooded area in eastern Knox County in 1975.

Cunningham's body was found by a pair of hunters on the afternoon of Jan. 18, 1975. She was bruised and nude from the waist down; her pantyhose and girdle bunched around her knees. Her purse and some of her jewelry were missing. Her body appeared to have been dragged into the woods and dumped behind a pine tree, authorities said at the time.

Despite that evidence, detectives at the time attributed Cunningham's death to natural causes within a day of the discovery. The medical examiner's investigative report lists the probable cause of death as "unknown."

Cunningham was a talented singer and pianist who grew up performing with her parents and her six younger siblings in a gospel group known as the Happy Home Jubilee Singers.

Below is information on five cases where Little confessed, but the FBI has yet to identify the victim. If you have any information linked to Little’s confessions, please contact the FBI at 1-800-CALL-FBI or submit at tip online at tips.fbi.gov.

Little recounted that in 1971 or 1972 he met a good-looking, 18- to 19-year-old black male in Miami, Florida. Little said the male presented himself as a woman and was known to Little as Marianne or Mary Ann. Little said Marianne was between 5’6” - 5’7” tall and approximately 140 pounds. Little first met Marianne at a bar known as The Pool or Pool Palace near 17th Avenue in Miami. A few days later, they met again at a bar in Overtown, where Little offered to give her a ride home. Little stated Marianne lived with several other roommates between Brownsville and Liberty City. When they arrived there, one of Marianne’s roommates asked them to buy a can of shaving cream, so they returned to Little’s car—a gold 4-door Pontiac LeMans. Little drove Marianne north on Highway 27 and killed her on a driveway, possibly near a sugarcane field. He then drove further down Highway 27, into the Everglades, and turned down a dirt road that led to a river or a swamp. Little dragged Marianne’s body approximately 200 yards into the thick, muddy water. He does not believe the body was ever found.

Credit: FBI
The FBI is seeking the public's help in identifying some of the victims of Samuel Little, who authorities say is the most prolific serial killer in US history. One of the victims includes 'Marianne,' who was killed in either 1971 or 1972.

Little said he encountered a black female in a transient area of Little Rock, Arkansas, between 1992 and 1994. He remembered it was cold and possibly snowing when they met. He described the woman as 24 years old, 5’5” - 5’7” tall, and approximately 200 pounds. Little stayed with her on and off for about three days. He reportedly shoplifted with the woman, then she sold the merchandise. Little remembers being arrested for shoplifting in a North Little Rock Kroger grocery store. (Records indicate that Little was in fact arrested by North Little Rock Police Department for shoplifting from a Kroger on April 20, 1994.) According to Little, he was released after approximately three hours so that he could move his vehicle, a 1978 yellow Cadillac El Dorado (or possibly a yellow Dodge), off the grocery store’s property. Little stated that when he returned to his vehicle, the woman was sleeping inside. He first drove the woman to meet her ex-boyfriend, a man called “Bear” (Little believes Bear is now deceased), then drove her back to her residence. He returned the following day and drove with her toward Benton or Bentonville, Arkansas. When they were outside Little Rock, Little drove down a dirt road and manually strangled the woman to death. Little stated he placed the woman’s body on a pile of branches and old cornstalks in or near a corn field. He believes the woman’s name may have been Ruth and that her mother lived in North Little Rock.

Little stated that in approximately 1984, possibly in the summertime, he was driving his Lincoln Continental Mark III from Loraine, Ohio, to Cincinnati. While en route, he met a 25-year-old white female outside a strip club. He remembers her as being 5’6” - 5’7” tall and 130-170 pounds. Little describes her as having short blonde hair and blue eyes with a “hippie” appearance. She approached him and asked for a ride to Miami, Florida, saying her mother lived there. Little said he and the woman drove south on Interstate 75. When they reached Cincinnati, the two of them spent time downtown on Vine Street. They continued driving together, across the river into northern Kentucky. Little described driving to a hilly area not far from I-75. He drove up a small dirt road to the top of a “little round hill,” where he strangled the woman in the backseat of his car. He left her body on the top of the hill.

Credit: FBI
The FBI released this sketch of a woman, who was supposedly 25-years-old when Samuel Little says he killed her around 1984 in Covington, Kentucky.

In 1993, Little was driving a 1978 yellow Cadillac Eldorado to Los Angeles when he met a black woman on Owens Avenue or Jackson Street in Las Vegas. He described her as a thin, dark-skinned woman who was approximately 40 years old. She was about 5'5” tall and 110-120 pounds. Little believed the woman had naturally short hair but wore a long-haired wig (as depicted in his drawing). He remembered the woman pointing out her son, a black male who was approximately 19-23 years old. Little confessed to taking her to a motel room, where he strangled her to death. He said he then placed the woman’s body in the trunk of his car and drove to the outskirts of Las Vegas. He pulled off on a remote road and rolled the woman’s body down a steep slope. He then threw her clothes out further down the road. It is highly likely that her body was never found.

Credit: FBI
The FBI has released this sketch showing a female victim, who was approximately 40 years old, when Samuel Little said he killed her in Las Vegas, Nevada in 1993.

Little stated that in approximately 1982, possibly in the autumn, he met a black female in New Orleans. He described the woman as approximately 30-40 years old, 5’8”-5’9” tall, weighing 160 pounds, with “honey-colored” brown skin and medium-length straight hair. He remembers that she was wearing a pretty dress with buttons on the front. Little said they met in a club where she was attending a birthday party with a group of friends and one of her two sisters. Little left with the woman in his vehicle, a Lincoln Continental Mark III. The woman told Little that she lived with her mother, who was sickly and possibly an invalid. The woman also gave Little the keys to her house. Little drove the woman to the Little Woods exit off I-10, where he turned down a dirt road along a canal that was being dredged. They exited his car, then Little pulled the woman towards the canal, where he killed her and left the body. Afterward, Little drove back to the motel where he was staying in Pascagoula, Mississippi.

Credit: FBI
The FBI has released this sketch showing a female victim, who was allegedly 30 to 40 years old, when Samuel Little said he murdered her in New Orleans, Louisiana, in 1982. 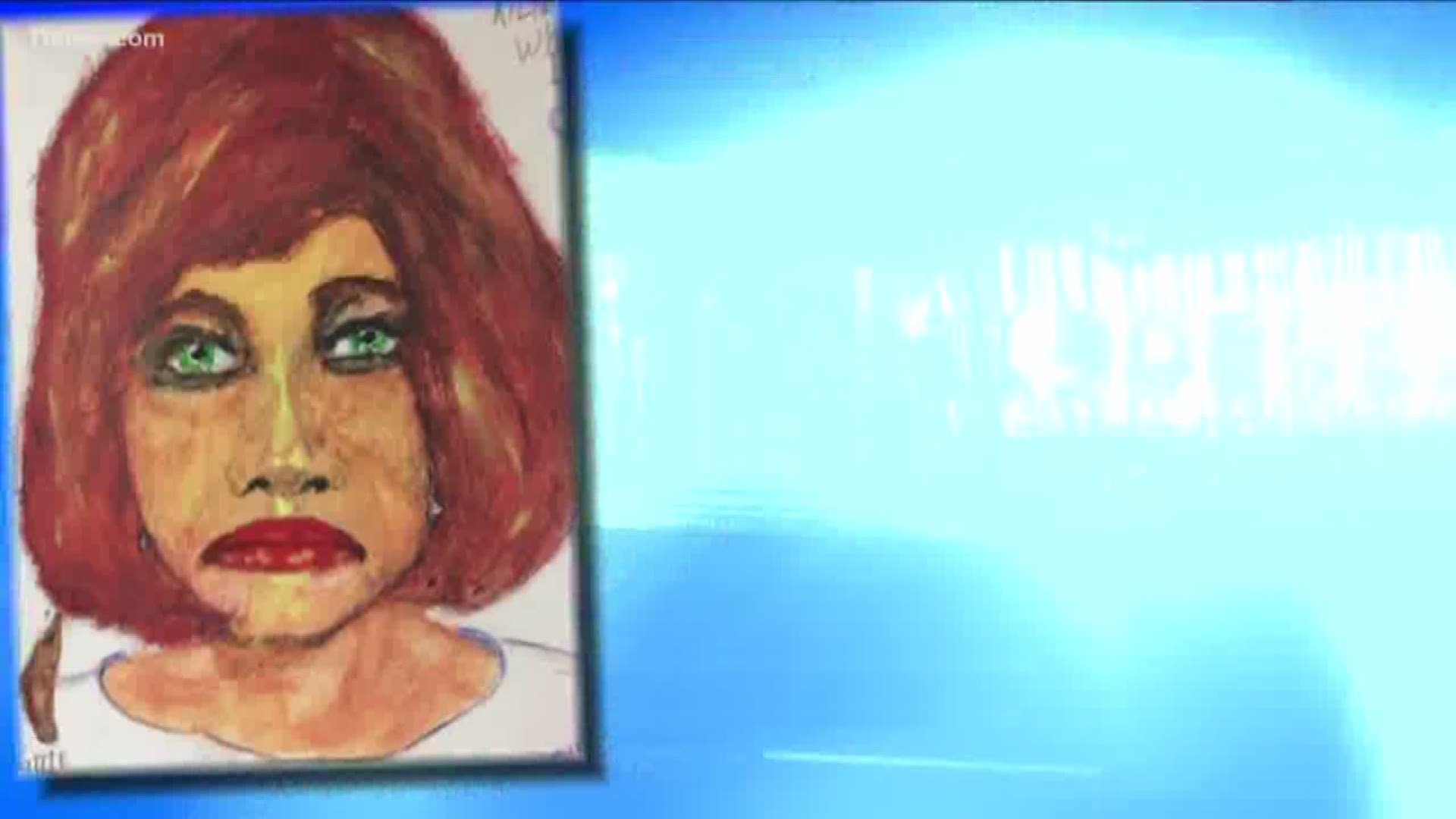